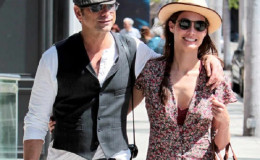 Full House's Uncle Jesse is off the market ladies!

Just today, the 54-year-old actor, John Stamos announced that he's officially engaged to his gorgeous girlfriend, actress Caitlin McHugh. Let's dig into all the details about this amazing couple's relationship!

Stamos who has also appeared in hit drama series General Hospital alongside Kirsten Storms, Rebecca Budig, Laura Wright, Kelly Monaco and Tyler Christopher is soon to be a married man. 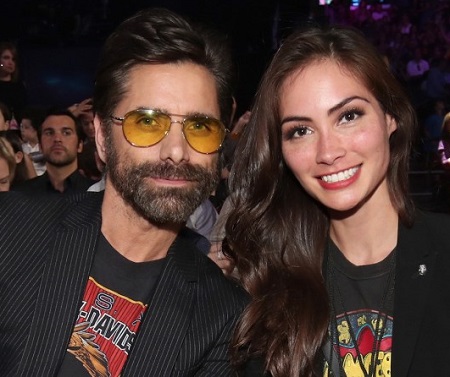 The happy actor took this wonderful news to Instagram to share with his 2.2 million followers and posted a photo of Magical Illustration of couple captioning it with,

I asked...she said yes! ...And we lived happily ever after

John was previously married to model/actress Rebecca Romijn back in 1998 but they concluded their marriage after separating in April 2004. They got divorced by March 2005.

John and Caitlin started dating since 2016 but they kept their romance secret until last March as they couldn't escape from the paparazzi. The actor confessed his love towards Caitlin during an interview where he stated that,

They were also spotted a number of times during the events and other getaways which confirmed that the duo was dating.

Also just a few days ago, while appearing on On Air With Ryan Seacrest, John hinted that he's going to get engaged soon when the host, Ryan Seacrest joked about who would be first to walk down the aisle and John stated,

"I'm dating and I'm very much in love. You get to this point, and time goes by so damn fast. Who wants to live alone?"

So this shows, he was planning to get engaged which he eventually did and we're really happy for this couple.

John's girlfriend McHugh is a popular model and she's also done a number of roles in series like The Vampire Diaries, Castle, Switched at Birth and Law & Order: SVU. Not only this, she also did her cameo in 2007's hit movie I Am Legend alongside Will Smith.