Home Article David Dobrik And Ex-Girlfriend Liza Koshy Discussed Their Break Up In An Unusual Viral Video-What Happened Between The Couple? Is Dobrik Dating Someone New?

David Dobrik And Ex-Girlfriend Liza Koshy Discussed Their Break Up In An Unusual Viral Video-What Happened Between The Couple? Is Dobrik Dating Someone New? 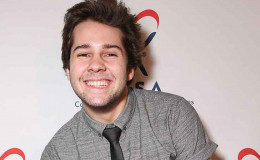 Famous YouTube couple David Dobrik and Liza Koshy were always the perfect figure and source of inspiration for many. As they started dating in 2015, they created a huge wave of love and affection being an example of a perfect young couple.

David Dobrik is a YouTube star who gained over 8 million subscribers to his self-titled channel. He is also known for his romance with fellow YouTuber Liza Koshy

The couple who started dating in 2015 broke up later, in 2017 and shared the details about it in a six minutes long video in June 2018. What happened between the two of them? Is Dobrik dating someone new?

The young and talented YouTube sensation, David Dobrik has successfully made the best in his career and seems like as of now, he is only focused on his work.

He is not linked to anyone and as per the reports, he is not thinking about dating and relationship and only wants to give time to his career. 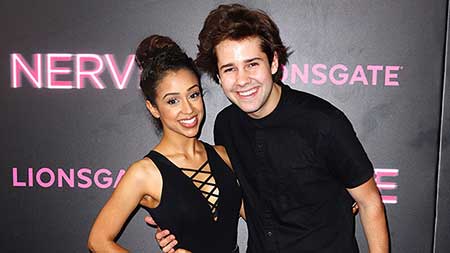 He recently broke up with the girlfriend of three years Koshy. The couple started dating in 2015. Rumors about their relationship started when David posted a video kissing Koshy for the very first time.

Despite continuous speculation, they took enough time to confirm their relationship in mass.

I’ve been dating this girl for two years now and it’s still my biggest and proudest accomplishment. Thank you for giving me something to show off and brag about and overall just make me look a lot cooler than I actually am. The last two years I’ve gotten to sit and watch front row all the amazing things you have accomplished. I am in love with all that you do and all that you create. Thanks for being my partner and best friend. Happy second birthday to us! Love you baby!

They often used to feature in each other's videos and were undoubtedly one of the cutest couples.

As it is often said that 'Love isn't just a bed of roses; there are some thorns in there too', the couple split shocking everyone in late 2017.

Breaking up is tough. You not only lose your partner but your friend too. Dobrik and Koshy, however, found a way to be friends again discussing the reason behind their separation.

Dobrik, 22 and Koshy, 22 revealed about their separation in a six-minute video where they shared every reason behind splitting up after being together for two years in June 2018.

I’ve never written a break up post, but I would imagine that they’re pretty sad. So I’m going to skip that part and remind you of how much you mean to me and the people around you. You have impacted me and so many others in ways that are hard to express. I can honestly say you’re the most genuine, hilarious, and brilliant human I’ve ever known and I’m so lucky to be able to learn from you and call you my best friend. I wish you nothing but the greatest and I’m so excited to continue to watch you accomplish everything you set your mind to. I love you so much. Now hurry up and come downstairs we have puns to make (as friends) lol

The ex-couple went on a series of emotions from laughing and joking for some minutes to crying and sobbing just moments later.

David in a humorous tone said the viewers that Liza cheated on him with seven guys that he found in her bedroom. Laughter and jokes continued until the former couple shared the real reason.

"All jokes aside we are broken up. Liza broke up with me six months ago. It wasn't healthy for us to continue to be together - for now."

Quickly both of them added that they'd remain friends for the entire time. They mentioned that their busy schedule was the sole reason behind their break up.

Dobrik further added that Liza is the 'best girl ever' and she's, no doubt, a genuine person. Both admitted that they didn't tell their friends about their breakup for three months and their loving fans for six months with tears rolling from their eyes.

It seemed they never wanted a break in their relationship. Is there any chance of their reconciliation? Let's wait and watch what goes next!

David posted his first video on Vine on 3rd April 2013 and became successful to accumulate huge followers. After Vine was shut down, he moved to YouTube.

David is also known for his work on An Interrogation in 2015, Airplane Mode in 2016 and FML in 2016. His self-titled channel has successfully made millions of subscribers. 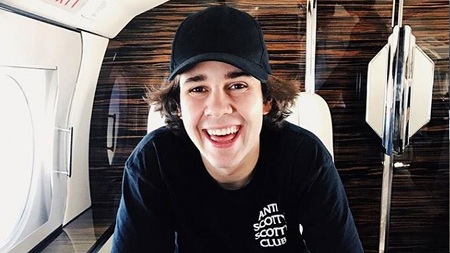 Previously, he was the part of a collaborative channel named 'Second Class'. While in Second Class, he worked with Bren Lunn, Jake Webber, Jack Dytrych, and Cameron Kasper with some Viners Brandon Calvillo, Gabrielle Hanna, and Alex Ernst. 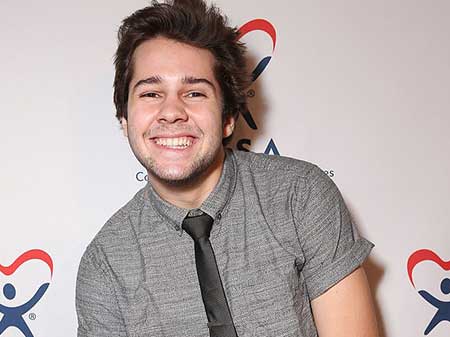