Home Article Did American Journalist Don Lemon Ever Marry; What About His Gay Rumors And Affairs?

Did American Journalist Don Lemon Ever Marry; What About His Gay Rumors And Affairs? 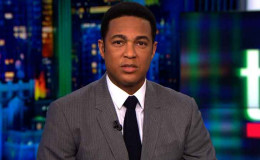 The famous American Journalist, Don Lemon who is best known to appear on the show CNN Tonight was hyped up when he first revealed about his sexuality back in days.

Don Lemon love life has been a keen interest to many of his viewers especially knowing the fact of him being gay. Well, the handsome anchor has always been open about his personal life rather than hiding his sexuality away from the public.

Who is the journalist dating or is he already married to someone? Follow the article down below to know about his rumors and affairs.

Don Lemon Kissed His Boyfriend Infront Of The Media! Know About His Relationship:

Don Lemon seems to be enjoying his dating life with his beau!

The 52-years-old American author is dating his long-time partner Tim Malone since 2017. Malone worked as a sales director in a media company named Jukin Media. 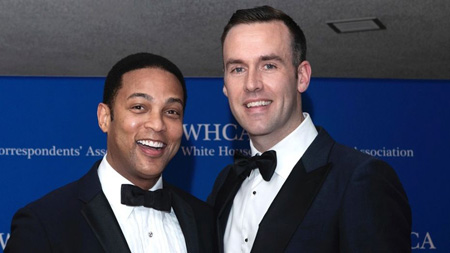 Don Lemon with his partner Tim Malone on the red carpet

The couple first became public about their relationship on 12 June 2017 when he posted a picture with his boyfriend Malone. Lemon shared a shirtless shot of the two chilling out in water captioning the picture with, “Summer Lovin”.

The lovely pair recently celebrated Valentine's Day together and captured the moment and shared it via Instagram post. The image captioned,

Just the two of us.... plus two more. Loves of my life  #happyvalentinesday #valentinesday2018 #boomermalemon #barkleymalemon #dog #lgbt

The duo has been spotted several times with each other including the SNL after night party where the couple was holding hands and leaving from TAO nightclub in New York City wearing matching monochrome sweaters and white sneakers.

Lemon also shared a photo of their SNL wristbands the same morning captioning the picture with, “#snl #jayz”.

Lemon has been always out in open when it comes to his love life. During the 2018 New year's eve, he sealed his love in front of the public with a kiss. He invited his partner into the camera and shared a lovely kiss.

“I love you, baby,” said Lemon before leaning in for a sweet kiss with his partner. Added, “Happy New Year.”

When rumors started to swirl in the social media about how the couple met at a bar for the first time, Lemon set the record straight mentioning on Twitter,

Clarification. We did not meet at the bar. He was with me at the bar. We met in New York. https://t.co/lfz0IMF5un

Looking at the couple's immense love towards each other, they sure seem will take a step further in their relationship and let us hope that we get to hear the news about their big day pretty soon.

Accused President Trump For Calling Don Lemon and LeBron James Dumb, This Was Not The Only Time!

A few days after President Donald Trump called LeBron James and Lemon stupid, the anchor accused the president of racism.

Trump has called a lot of people stupid but this was not the first time Lemon called Trump a racist. Trump tweeted about Lemon's interview with LeBron James making both of them look stupid.

Lebron James was just interviewed by the dumbest man on television, Don Lemon. He made Lebron look smart, which isn’t easy to do. I like Mike!

“The president has called a lot of people stupid. Some of those people are white. But I would just like to note that referring to an African American as dumb — remember this is America — is one of the oldest canards of America’s racist past and present: that black people are of inferior intelligence.”

Lemon also said to his viewers that the president has constantly denigrated people of color and to women as well, Trump's past conspiracy theory that Barack Obama was born in Kenya and faked his U.S citizenship.

Lemon also recalled the president's repeated attacks on black NFL players who knelt during national anthem protesting for what they saw as institutional racism. He stated to the viewers,

“Let me not mince words here. This president trafficks in racism and is fueled by bullying. President Trump is trying to divide in a divide-and-conquer strategy and here’s how it goes: He divides by race and tries to conquer decency by smearing and besmirching the truth and the people who fight to uphold it.”

Mentioning that Trump has called several people stupid before, his response will mark an end to it but the White House has still not responded to the request for comments on Lemon's statement.

Lemon, the member of both the African-American and LGBT communities criticized Kevin Hart's Ellen interview earlier in January 2019. He spoke about Hart's homophobic Tweets and also commented on Ellen DeGeneres' emphatic support of his return to the Oscar job. 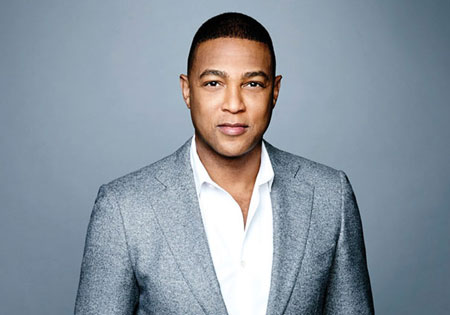