Home Article "There Is Nothing On This Earth More To Be Prized Than True Friendship", Here Is The List Of Five Famous Best Friends Of Hollywood

"There Is Nothing On This Earth More To Be Prized Than True Friendship", Here Is The List Of Five Famous Best Friends Of Hollywood 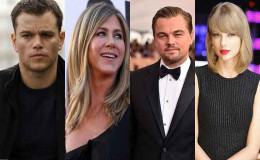 When you live a life in the spotlight, you're always gonna need friends who genuinely care and understand. Whether it's opposites who are likely to attract, childhood buddies or friends from work who grew into best mates - celebrities carry immense affection for their best friends just like regular people.

When you live a life in the spotlight, you're always gonna need friends who genuinely care and understand. Whether it's opposites who are likely to attract, childhood buddies or friends from work who grew into best mates - celebrities carry immense affection for their best friends just like regular people.

Here, we have listed five of the famous best friends of Hollywood. Without further ado, let's get to it.

This duo played on screen friends as Rachael and Monica for ten years in the popular series Friends, but their friendship in real life since the series ended in 2004 is going even longer.

They are in fact so close, Jennifer Aniston is godmother to Courteney Cox's daughter, while Courteney was the maid of honor at Jennifer's 2015 wedding to Justin Theroux.

Speaking to More in 2014, Jennifer revealed:

"She's extremely fair, ridiculously loyal and fiercely loving. I've slept in her guest bedroom a lot... all I can say is she's been there for me through thick and thin."

Both actresses went through tragic splits in their love life, but there was one person they could always count on to comfort each other. They definitely appear best friends for life.

The pair went to the same high school and even gained fame together as they both starred in the 1997 American drama film Good Will Hunting.

The duo's friendship continued to blossom over the years, and they even collaborated and co-produced the documentary series Project Greenlight (2001-2015).

Speaking to The Hollywood Reporter in 2015, Matt talked about his best buddy's transformation over the years. He said:

"Through his work, he climbed from the bottom of the mountain all the way back up to the top and past where either of us had ever been."

Moreover, Matt and Ben are often seen stepping out on the red carpet to support each other's work. The childhood friends look set to be best buddies even when they get grey and old.

Taylor Swift has kept it no secret that she has a whole squad of lady friends. Meanwhile, there's something special about her relationship with fellow singer Ed Sheeran. 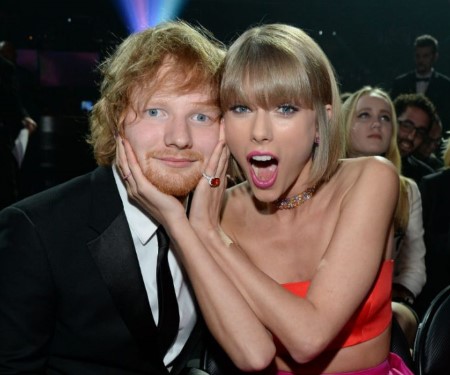 "It's quite a weird thing for the No. 1 and No. 2 biggest-selling artists in the world to be close friends. I don't think that happens a lot."

These adorable friends never attempt to drag the other down, but rather uplift each other. This can be seen when they joined forces to collaborate on Everything Has Changed in 2012. Moreover, Ed opened for Taylor's The Red Tour in the US throughout 2013.

The professional rivalry does not faze the relationship between these two friends. When Ed won the Grammy in 2016 for Thinking Out Loud in the category of the song of the year, beating Taylor's Blank Space, it was beautiful to see her clearly over the moon for her best friend.

Drew Barrymore was just 14 years old when she met Cameron Diaz, a 16-year-old model. Drew worked at the Los Angeles coffee house at the time. Years later the pair became Charlie's Angels, but it was Drew's idea to get Cameron involved in a film project. 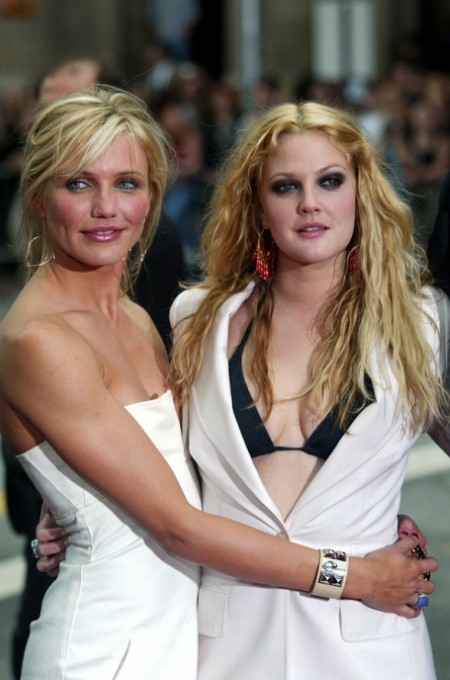 On the Katie Couric Show, Barrymore recalled making a phone call. She said:

"I called her up and said: 'I have this amazing idea. I know exactly how I wanna do it. It's Charlie's Angels. Come play with me!' And she said yes! And then we just went on some of the best years of our lives."

The stunning beauties often talk about their friendship as well as the sisterly love they carry. Drew looks up to Cameron as a "big sister" and later it was revealed Cameron did indeed behave like one when she helped Drew battle substance abuse during her teen years.

It's been over two decades since Leonardo DiCaprio and Kate Winslet first met on the sets of one of the most famous movies in history Titanic. The duo's relationship in the film might have ended tragically, but their friendship offscreen continued to grow every single year. 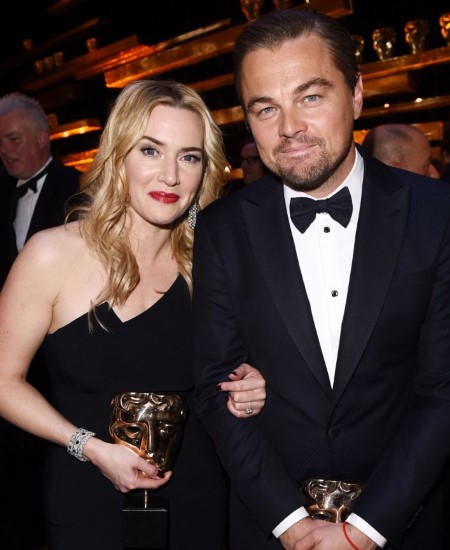 While speaking to Oprah Winfrey in 2004, Di Caprico summed up their friendship. He said:

"In a lot of ways, Kate and I have really grown up in this industry together; we've been a support mechanism for each other for such a long period of time. We've been there for each other and helped guide each other."

Likewise, at the 2016 Golden Globe awards where Kate won the Best Supporting Actress, she was incredibly sweet in the subsequent interview. She said:

"To be honest with you, it was because I've been so focused on Leo and him winning everything and being so excited for him."

When Leo finally won the Oscar in 2016 for his lead performance in the movie The Reverant, it wasn't just his mother who had immense pride in her eyes. Kate was noticeably moved to tears.