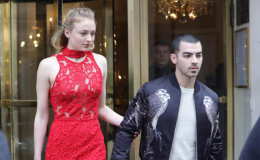 Game of thrones star Sophie Turner and Jonas Brothers' Joe Jonas are dating and their cute PDA is the talk of the town.

The Game of thrones star Sophie Turner and Jonas Brothers' Joe Jonas made their relationship official with the starting of 2017 and their cute PDA's are all over the internet.

Recently, the duo is seen enjoying their weekend at the Coachella Music Festival California and their globetrotting romance added a new destination, Mexico, where the couple spent time getting steamy in a hot tub.

The duo get steamed up in Mexico

The lovebirds choose Mexico for their vacation and the hot tub proved their number one choice for chilling which is located on the balcony of their beach-side property. 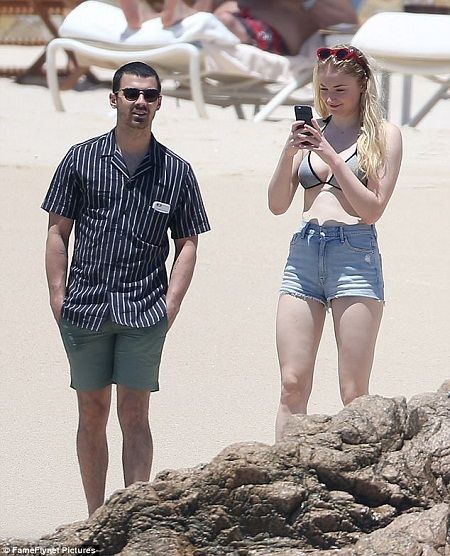 The duo seems super hot on their attire as Sophie flaunted her beach body in a dark gray string bikini and Jonas went shirtless in green shorts.

Sophie 21, and Jonas 27 spotted strolling arm-in-arm and indulged in a lingering kiss. 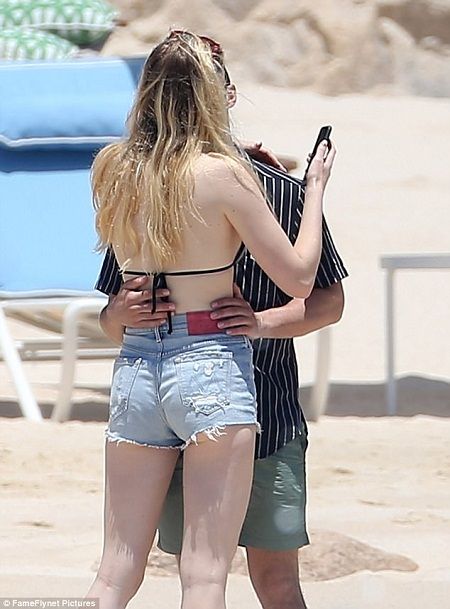 Displaying PDA at their vacation at Mexico, Source: Daily Mail.

Earlier this month the couple was seen picking up some smoothies and sharing cute kisses on Ventura Blvd.

Sophie is very supportive towards her boyfriend and her recent appearance at the 2017 Coachella Music Festival just proved it.

She seems to hang out with DNCE members like; Jin Joo Lee, Cole Whittle, Jack Lawless. 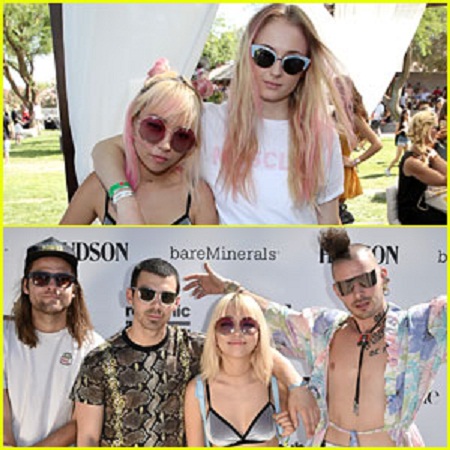 Sophie has fun with her beau bandmates, Source: Just Jared

According to an insider, game of thrones star is having a really good time with her love and his bandmates.

The duo was first romantically linked in November 2016 when they spotted enjoying a company of one another at pre-MTV Europe Music Awards Kings and then were spotted leaving an NYC hotel together. 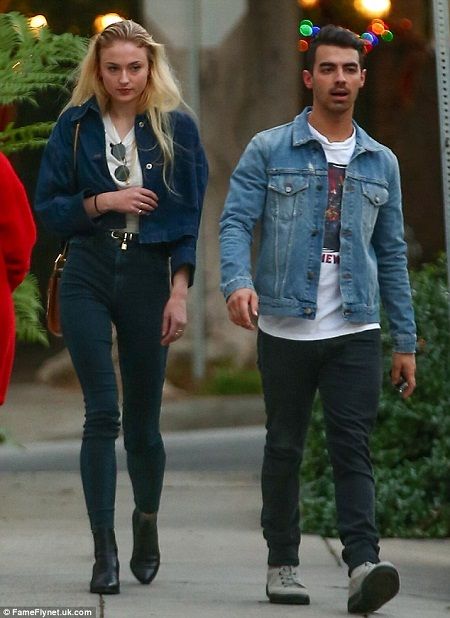 The duo leaving an NYC hotel together, Source: Daily Mail

However, before their official announcement, they always ignored link up rumors. 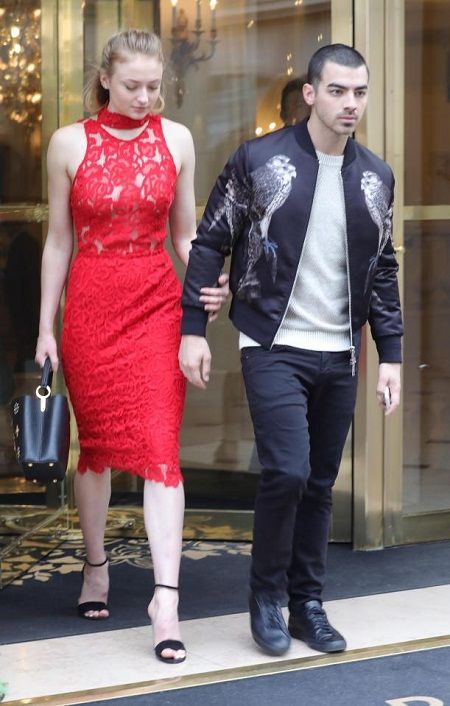 On January at Golden Globes Awards when Turner asked about her romance with Jonas she smartly replied,

"Well I'm not saying anything (but) I'm very happy (adding with a smile) I don't know who you're talking about."

On wait!!! one interesting fact!!

There is a little height difference between the couple or we can say Sophie is few inches taller than her beau as she stands tall at 5'9" and Joe at 5'7" but in love everything is fair.

Speaking with a magazine about Sophie, Joans say,

"I've always felt comfortable being surrounded by really talented, hard-working individuals and I've been lucky to meet three of them again in my life who love this and work just as hard as me and also have just as much fun. That's key for us.''

Prior to Sophie, Jonas was romantically involved with supermodel Gigi Hadid. However, the couple broke up and now she is dating former One Direction star, Zayn Malik.

Turner will be soon seen in the seventh installment of Game of Thrones where she portrays the role of Sansa Stark along with Peter Dinklage, Kit Harington, MaisieWilliams, Emilia Clarke and many others.

Well, we wish duo will be always happy and their bond will last forever.