How did Alex Trebek and Jean Currivan Trebek first meet? Know about their love life 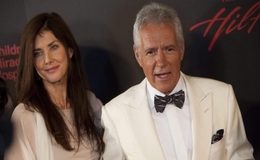 A huge gap between celebrity couples in Hollywood is no new news but a sustaining relationship and marriages between those couples? It's a big matter. For reference, take a look at tv host Alex Trebek and his twenty-six junior wife of nearly three decades, Jean Currivan Trebek.

Believe it or not, but Alex Trebek and his much younger wife, Jean Currivan Trebek are still going stronger since they first began dating in 1988. And, truly, their long lasting marriage is somewhat more shocking than their age gap. And, in the meantime, we understand you must be wondering how did Alex and Jean's love story start.

Their story begins back in 1988 at a party when Mr. Trebek in his late forties, first laid his two eyes on his then-future wife who was only 24 at the time. Needless to say, Alex was more than starstruck by his first meet with Jean and couldn't resist to approach her. 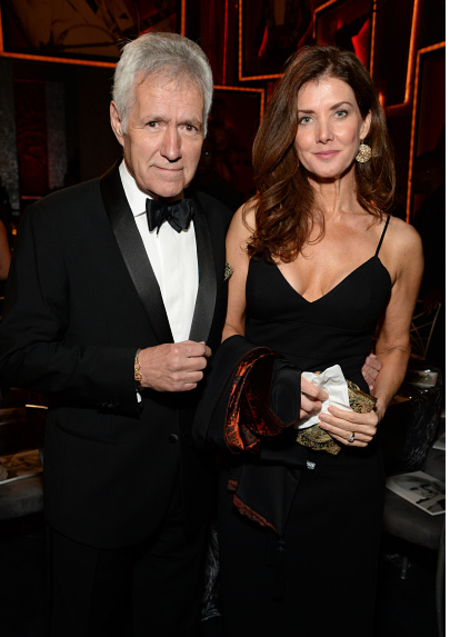 On the other side, as much as Jean was surprised for the attention he received from a celebrity, she was more nervous to hang out with the Jeopardy host, and apparently it was not just because of the age gap, something Trevek was fully concerned of.

But, Currivan fought back those urges and if anything, she was glad after discovering what an amazing man Mr. Trebek was. As a matter of fact, she was actually impressed with his nature of being down to earth.

And, the next thing they knew, age was just a number as the two immediately became a thing and were head over hills in love. Not to mention, within the two years of their relationship, Alex, an already divorced man who was previously married to his first wife, Elaine Callei, decided to make Jean his wife when he proposed her on her 26th birthday.

For their engagement, Alex first surprised his then-girlfriend by gifting a matching jacket and black velvet pants. But, of course, there was more, which is obviously a romantic diamond ring, Alex chose to ask Jean to marry him. 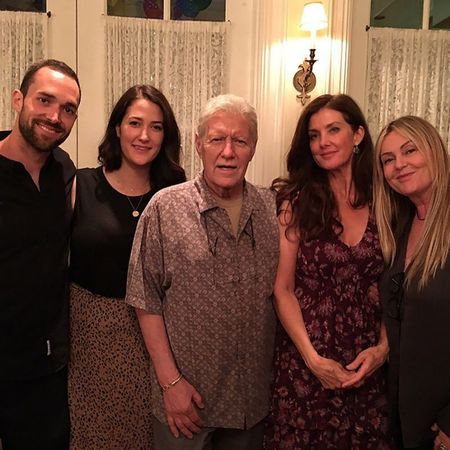 And, Jean, at the time, was actually pregnant with their first child, a son named Matthew Trebek who the couple welcomed just a few weeks later of their wedding held in the year 1990. The pair also shares another child, a daughter who they named Emily Trebek, born in 1993. Besides, Alex also adopted the daughter named Nicky Trebek, of her first wife, Elaine Trebek Kares, with whom he married in 1974 and divorce in 1981.

Whilst their son runs a Mexican restaurant in New York, their daughter, a graduate of Loyola Marymount University, is pretty much into the entertainment industry as her father. Clearly, Matthew has no interest in the showbiz world like her mother who finds it challenging it to wear makeover and face camera.

Additionally, Jean even invested in her son's business to start the restaurant. Apart from this, Matthew is also the owner of the building based off on Frederick Douglass Boulevard and 140th Street, estimated to be worth nearly $2 million in 2015. The buildings were both purchased by Alex.

In Sickness, In Health & In Wealth

Considering the marriage of three decades of Alex and Jean, one can not just deny the hell and heaven the two endured together. Clearly, there's also no doubt to second guess Jean's love for her partner and family as she has always been for Trebek throughout all these years including the time when the tv host fought for his life multiple times. 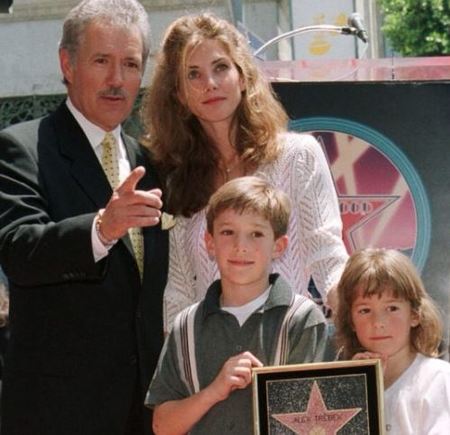 A throwback pictures of Alex Trebek and his wife. SOURCE: Pinterest

Trebek suffered a heart attack not just once, but twice in 2007 and in 2012 which made him take a break from his hosting career for a while. And, before the year, Alex suffered his second heart attack, the Canada born celebrity damaged his heel cord whilst chasing a robber who broke into his hotel room in LA.

Besides, Trebek is also a victim of the condition called subdural hematoma which he was diagnosed with after suffering a fall in 2017. And, in the continuous news of his health, The Trebek family learned in 2019, that Alex was diagnosed with stage IV of a deadly disease known as pancreatic cancer.

Claiming that he is not scared of death, Trebek is in full hope of defying the odds of the fact that only 3% of cancer victims made it alive after five years of being diagnosed with the illness.

Today, Alex and Jean Trebel reside in Studio City after previously residing until 1996 at the home the tv presenter built in Mulholland Drive. Not to let it go, Alex even purchased a big land in Sunset Strip for $1.5 million for his then-fiancee to build her dream home.