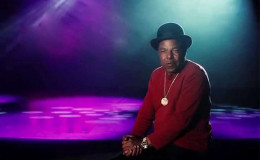 Tito Jackson, one of the Jackson's brother is single, not married. Ex-wife was murder mysteriously by ex boyfriend who was later sentenced 15 years of imprisonment.

Toriano Adaryll Jackson, popularly known as Tito Jackson, is one of the famous American singer, songwriter, and guitarist. He is one of the brothers of the world-renowned singer and personality, Michael Jackson and was also an original member of The Jackson 5.

Tito and his band, The Jackson Brothers rose to fame back in 1970 and 1980 and have recorded number-one singles including, I Want You Back, ABC, The Love You Slave and I'll be There.

Apart from his singing career, his personal life also tells a different tale as he was once married to his beautiful wife, Delores Martes who was later brutally murdered.

This caused a huge controversy in the media which is something you guys should not miss out. As for now, he moved on and has been living a private life.

If you want to know more about this Jackson brother, then keep reading!

Tito Jackson Once Married To Wife Delores Martes: Ended In A Divorce 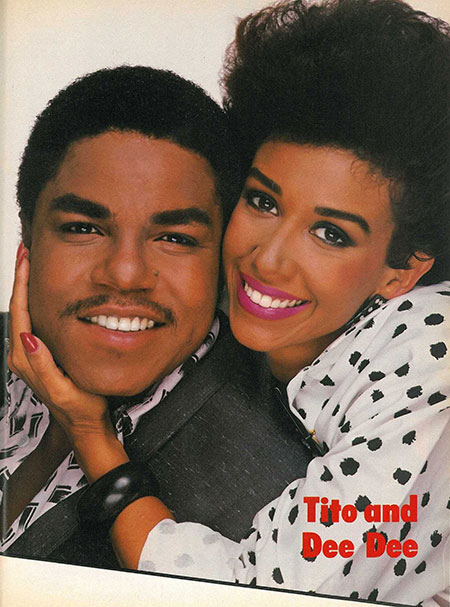 Delores, also named as Dee Dee had just moved with her mother and three sisters into the town in 1968.

Tito and Delores first became good friends and their friendship gradually grew stronger and eventually, they fell in love.

After four years of dating, Tito finally proposed Dee Dee and the couple wedded in June 1972. 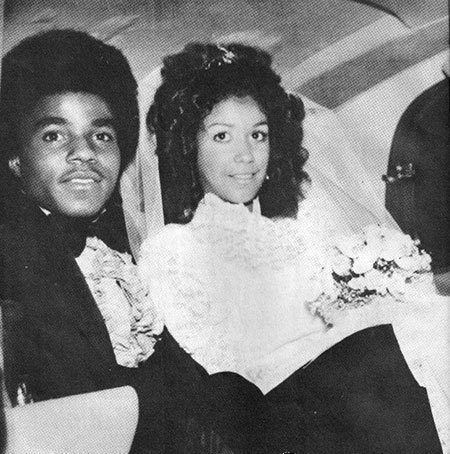 Tito Jackson on his wedding with Delores, Dee Dee back in 1972 Source: MJ Photo collectors

The pair was madly and deeply in love and at the same time, Tito's singing career was going miles high. At that point, everything was going pretty well for the couple. 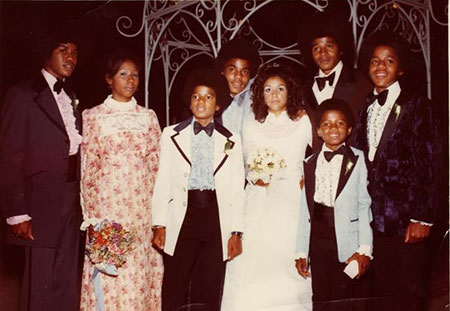 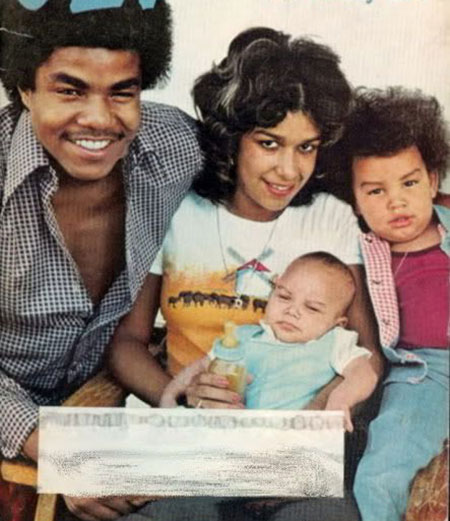 Tito and Delores with sons, Toriano and baby Taryll on the cover of Jet magazine in November 1975

Despite everything, happy married life and three adorable sons, the pair decided to split and end their marriage.

This came as a shock to all of their fans, and the couple got divorced in 1993 stating, 'irreconcilable differences" 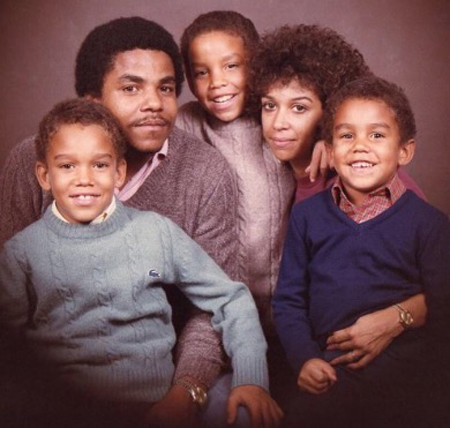 The former pair settled for joint-custody of kids and happily moved on with their lives.

After her divorce with husband Tito, Delores was dating an LA-based businessman, named Donald Bohana.

On the early morning on April 27, 1994, Delores was found dead at the bottom of the swimming pool.

Previously, this case was considered to be a swimming pool accident, however, after their kids revealed the fact that their mother couldn't swim, the case underwent rigorous inspections. 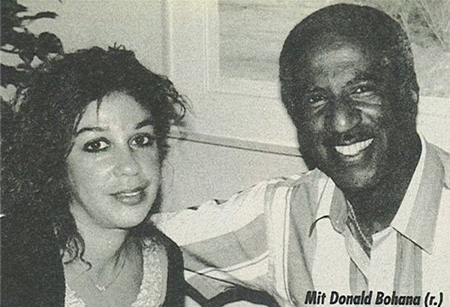 The case was re-opened after four years, and after intensive speculations, police finally revealed the murderer of 39-year-old.

It was her then-boyfriend, a businessman named Donald Bohana, 62, who was convicted of second-degree murder, charging him of the brutal beating and choking the former wife of Tito.

Bohana too released his statement saying that they were swimming together, he got out for a moment, and when he returned, Jackson was dead. 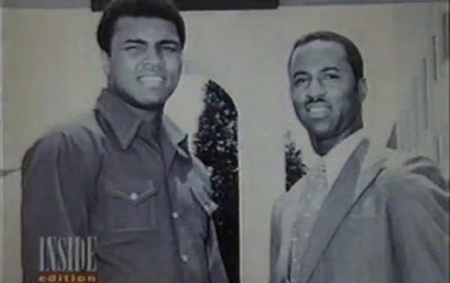 However, after an autopsy, the forensics listed the death as suspicious, noting that Jackson suffered intense traumatic injuries, possibly by an attacker before drowning.

This case was finalized on November 24, 1998, when Denny's restaurant owner, Donald was found guilty of second-degree murder of Delores.

Bohana was then sentenced to 15 years to life in prison.

Keeping his painful past behind, Tito has moved on in his life and he has been dating the stunning Iranian fashion model, Claudia Lynx. 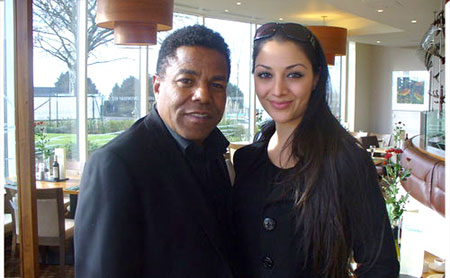 The pair started seeing each other way back in June 2007 which was confirmed when one of the world's most beautiful women, Claudia joined the Europe tour with the Tito's Jackson family and even starred in the reality TV show, The Jackson's Are Coming. 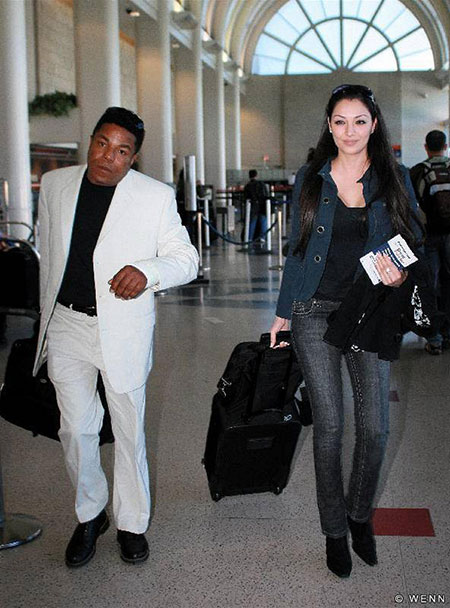 However, this wonderful pair, too said goodbyes, and split in July 2010, after dating for almost three years.

Tito Jackson Is Possibly Single: Wants To Put The Band Back Together

The 63-year-old songwriter and guitarist, Tito Jackson is possibly single right now as he's not been recently spotted with any woman.

Recently, he grabbed headlines when he announced that he wanted to start his band, The Jackson 5 again together to celebrated the 50-year anniversary of their 1967's Apollo Theater performance. 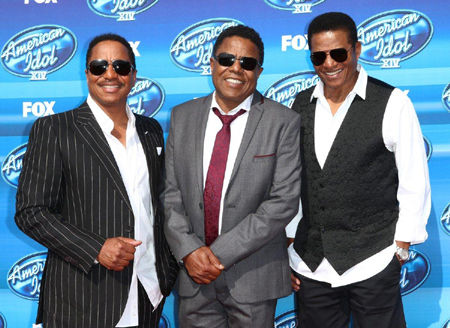 (Left to right) Marlon Jackson, Tito Jackson, and Jackie Jackson, of The Jackson Five, arrive at the American Idol XIV finale at the Dolby Theatre on Wednesday, May 13, 2015, in Los Angeles Souce: NY Daily News

This is not Tito's first attempt as back in 2009, he along with brothers Jackie, Jermaine and Marlon tried bringing the family and band together through their reality show, which couldn't make to the TV as their beloved brother Michael Jackson passed away the same year in June.

In an interview with NY daily news, Tito stated,

Right now, we need to get in and make some recordings. To get the brothers back in the studio, release a record and get together a tour would be very exciting.”

Tito has also released his first solo debut album, Tito Time, which was released in Japan late in 2016, and a global release was expected in 2017.

Currently, he is focused on his career and is ready to start a new phase of his life. We would all like to wish him for his new journey.