Is Jaden Gil Agassi, the young son of Andre Agassi dating anyone? 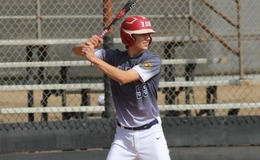 The handsome & athletic baseball player Jaden Gil Agassi is renowned for being the son of legendary tennis couple- Andre Agassi and Steffie Graf. However, Jaden likes to keep his dating profile quite lowkey. So, does he have a girlfriend, or is he yet to find the love of his life?

Is Jaden Gil Agassi Dating Anyone? 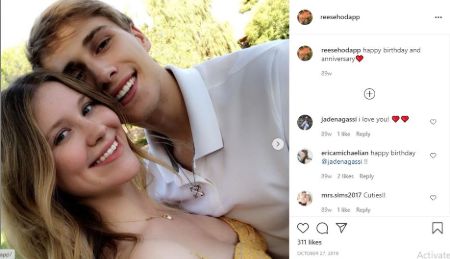 Coming to his relationship status, Jaden enjoys a blissful relationship with a beautiful girl named Reese Hodapp. The two started dating in 2018 & their love life appears to be going stronger with fewer signs of breakups. On October 27, 2019, Jaden's girlfriend Reese celebrated their love anniversary alongside a romantic picture with a sweet caption, "Happy Birthday and Anniversary," on her Instagram.

However, Jaden keeps his love life on the low on social media. As of April 2022, Jaden's girlfriend kept her Instagram profile private which makes it harder to know whether the two are still together.

Likewise, Jaden also remains pretty close to his grandparents. His grandfather Emmanuel Agassi is a former Iranian boxer who represented Iran multiple times at the Olympics. Speaking of his parent's achievements, Jaden's father is a winner of 8 grand slam titles while his mother won the 22 Grand Slam Championship.

The power couple Steffi Graf & Andre Agasi first met in Paris during the French Open 1999. Following Andre's divorce from his ex-wife Brooke Shield, a model, in 1999, Steffi & Andre came romantically closer. With time, their romance changed into a lifetime commitment of marriage. 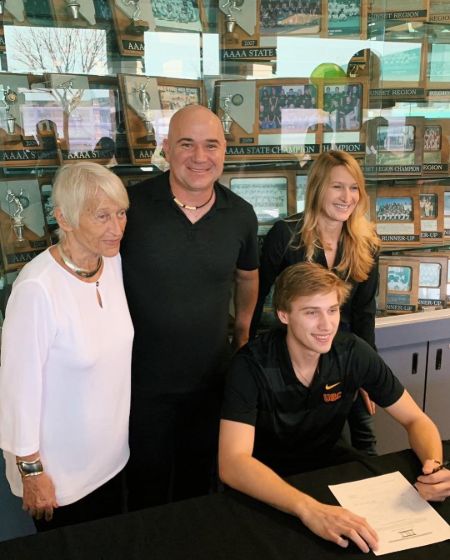 Further, Andre walked down the aisle with his girlfriend, Steffie, in 2001 in front of only their mothers and judges in his house in Las Vegas. As for now, the duo retired from professional sports but occasionally plays charity matches. The journey of husband & wife has now successfully crossed two decades of sound marital life with no signs of divorce.

Apart from this, Jaden's parents are also a charitable sports couple. Andre funded $35 million for his Andre Agassi Charitable Foundation, which assists at-risk children. His other non-profit organizations include Andre Agassi Preparatory Academy, which provides free education to underprivileged children.

Jaden's parents never forced him or his sister to play Tennis; instead, they let them choose their passion freely. Once Andre said in his biography Open that Tennis is a lonely sport & that he grew up hating it. So, neither Andre nor his wife has pushed the sport on their children. 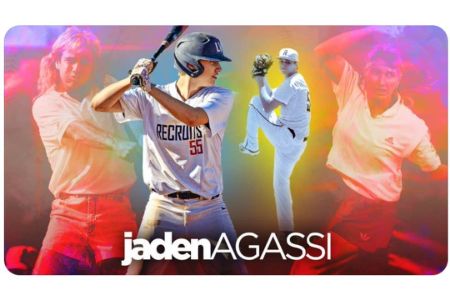 Having parents from the same athletic background, Jaden's inclination toward baseball didn't fail to surprise many. Jaden picked up a baseball at a young age and steadily began to build his name on the baseball field. Today, Jaden plays as a Pitcher & Third base for USC Atheletic and the Las Vegas Recruits travel team. Besides, Agassi also plays for the USC Trojans baseball. He actively posts pictures of himself from the field pitching.

Check out the clip of Jaden Gil Agassi's baseball ability.

At present, Jaden relishes luxurious life with his family in a $23 million worth house in Summerlin, Las Vegas. Above all, 6 ft 3 inch tall Jaden Gil Agassi, who committed to play baseball at the University of Southern California, already won four MVP awards & shows huge dedication towards his baseball career. Without any doubt, the youngster would one day write down his name in the history book as one of the greatest baseball players.