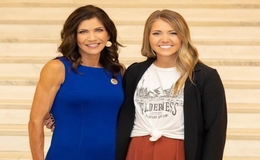 Kennedy Noem definitely got it from her bold and strongly outspoken mother, Kristi Noem, the Governor of South Dakota since 2019. But, what else do we know about Kristi's beloved daughter Kennedy?

Kennedy Noem, the daughter of Governor of South Dakota, Kristi Noem and her husband Bryon Noem is as bright and intelligent as her mother. The middle child of her parents, Kennedy was born in 1997 and celebrates her birthday on 23rd February. As of 2020, Kennedy's age would be 23. 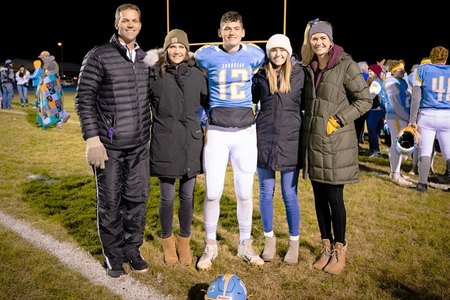 More specifically, Kennedy was born five years after her mother Kristi and father Bryon got married in 1995. And, just like her parents, she is also a Republican and has met President Donald Trump and Vice President, Mike Pence at the White House Office. Thanks to her parents' political background.

Much like her mother, Kennedy too grew up in South Dakota and attended the Hamlin High School before joining the University of Sioux Falls in 2015. Kennedy, however, didn't graduate from Sioux as she later transferred to South Dakota State University.

So, why did Kennedy chang her college? Well, the daughter of Kristi originally wanted to study medical sports until she realized studying political science much like her mother would be the right choice for her.

As the middle child of her parents, Kristi Noem and Bruno Noem, the possible future politician aka Kennedy Noem grew up with two siblings including an elder sister named Kassidy Noem and a brother named Booker Noem. 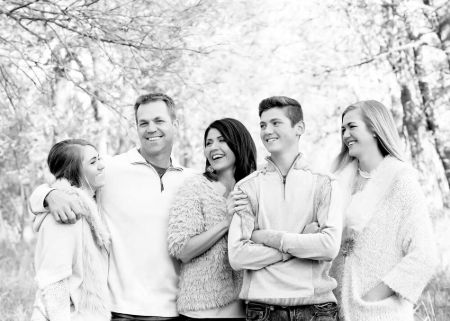 A family of five, Kennedy Noem and her parents and siblings. SOURCE: Instagram

Kennedy and her sister and brother share a great and close bonding too. Her big sister Kassidy, also a graduate of South Dakota State University is a married woman who got hitched to her husband Kyle Peters in 2019. Kennedy and her brother in law are close too.

As for Kennedy's brother, Booker is a recent high school graduate from Hamlin High School who attends the Evangel University and will graduate in 2024. And, like Kennedy, her siblings also supports Trump and are Republican.

What Does Kennedy Noem Do?

Kennedy Noem already has a Bachelor degree in Political Science. But, it seems like she wanted to enhance her academic qualification and decided to join Belmont University in Nashville Tennesse to get a degree in an MBA program. She joined the Uni in 2020 and will graduate in 2022. 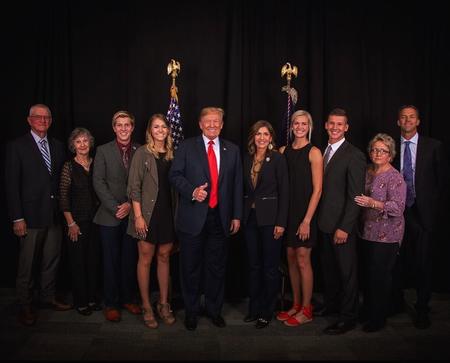 Kennedy Noem along with her family and President Donald Trump. SOURCE: Instagram

And, before college Kennedy worked for the Governor's office as a policy analyst and was paid $50,000 before her salary was raised by $7,000 more.

Of course, the situation was scrutinised by the public considering the fact that everyone implied she was able to get the job because of her mother who serves as the Governor of South Dakota. But, since, Kennedy currently studies in Tennesse, it's certain she doesn't work there anymore.