Home Article Keri Russell and Boyfriend Matthew Rhys are Dating since years but the Couple is not Married. See her Relationship, Career, and Net worth

Keri Russell and Boyfriend Matthew Rhys are Dating since years but the Couple is not Married. See her Relationship, Career, and Net worth 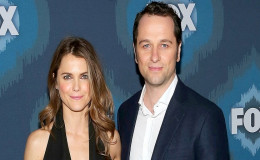 An American actress, Keri Russell is currently dating her long-time boyfriend, Matthew Rhys with their son.

The Past is the lesson for tomorrow. No matter how hard is the past, you can make the future better and begin a new life. The gorgeous American actress, Keri Russell has also learned many such things from her seven years of failed marriage along with her first husband, Sharan Deary.

Forgetting all the past pain and issues, currently, she has moved on and started a new life along with her recent boyfriend, Matthew Rhys since 2013.

If you want to know more about her past and present life read all.

Soon after the separation from Keri's first husband, she started dating an actor, Matthew Rhys. The couple was spotted on a late night date into New York's The Public Theatre.

On the theatre, they were spotted sitting closely and Keri stroking her boyfriend's hair and was whispering at the same time. After this their rumored relationship became official.

The couple is together for many years and shares a great bonding, however, has not been married yet. Maybe they are busy raising their child and focusing on a career which is why they are not thinking about getting married anytime sooner.

See the couple's relationship; they share a Child together

In May 2016, the pair welcomed their first child and named him Sam. Both the proud parents have often seen cuddling and playing with their bundle of joy.

The pair also posted many pictures on their social media along with the child. Have a look!!!

Keri was married to her long-time boyfriend, Shane Deary in an intimate Valentine's Day ceremony in 2007. The couple met for the first time through their mutual friends and after dating for several years got engaged in 2006.

The marriage ceremony was really private as only the family members and close friends were presented. 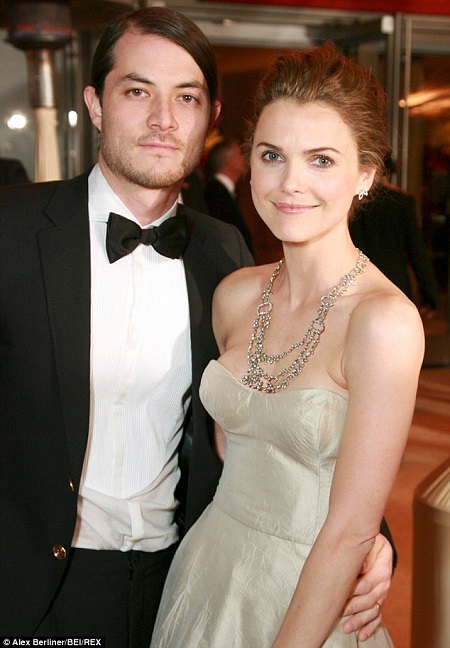 Keri and Shane in an event, Source: Daily Mail

''I'm one of the lucky ones. So far it's been nice and easy. It's a big, life-changing experience and we're excited.''

They were both happy to have each other in their life and used to share a deep love between them.

The couple reached a life-changing decision about their relationship. The pair decided to split up and as a result in 2013, they divorced and started living separately. 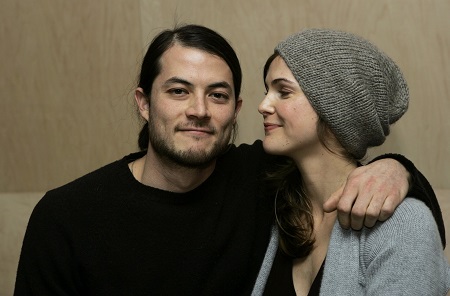 Keri and Shane posing for a click, Source: NJ

The divorce was kept hidden from the audiences but later on Keri, herself confirmed the news in an interview. The reason behind their separation is yet not revealed by them.

''The separation is amicable and their focus is n their children.''

Both of them moved on after their split and in the current days, they are happy in their own life.

The ex-pair has two children

The couple has two children together. They invited their first child in 2007 and named him River.

The duo again became parents for the second child after the birth of their adorable daughter, Willa in 2014. 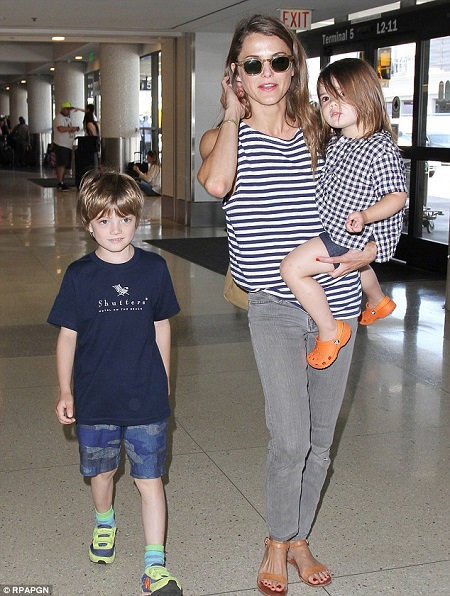 Keri with her two children from her first marriage, Source: Daily Mail

The children are close with both of the parents even after the divorce. Willa is mostly spotted with Keri in outings in many places along with her current boyfriend, Matthew.

From the very early age of 15, Keri started her career on TV after appearing on the show of Disney Channel named, All-New Mickey Mouse Club.

After appearing on many series, she then moved to the New York City and debuted her off-Broadway stage through Neil LaBute's Fat Pig in 2004.

She was rose to fame after working on the series Felicity with the role of a young woman. The series hit the serious impact on her personal life as she had to cut her long curly hair which was the one prominent factor of her identity.

Keri grabbed much of the attention from her great acting skills. In 2016, she starred in the civil drama, the Free State of Jones along with Matthew McConaughey. In the same year, she was nominated for her first Emmy Award and the Golden Globe Awards.

Keri has appeared in numbers of series and movies along with the many huge stars of Hollywood. Her amazing works helped her to earn massive amount to maintain her lavish life.

Her net worth is estimated to be around $8 million. 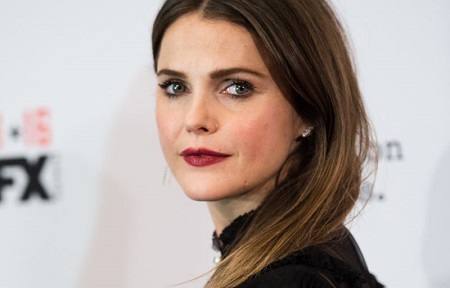