Home Article Lyssa Chapman Dog the Bounty Hunter's Star Preparing to get Married with her Fiancee Leiana Evensen; Know Details About their Relationship and also Her Past Affairs.

Lyssa Chapman Dog the Bounty Hunter's Star Preparing to get Married with her Fiancee Leiana Evensen; Know Details About their Relationship and also Her Past Affairs. 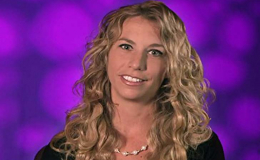 Lyssa Chapman, known as 'Baby Lyssa', is an American businesswoman, former bail bondswomen, and bounty hunter. She is best known for appearing with her father Duane "Dog" Chapman on A&E TV's "Dog the Bounty Hunter".

Now, the big lady is planning to walk down the aisle again with her gay partner after her failed married relationship with her first husband. Let's find out in detail about Lyssa Chapman's past and present relationship.

The Bounty Hunter star Lyssa Chapman is planning to marry her girlfriend Leiana Evensen very soon. Lyssa gave a clue about the biggest day of her life will be anywhere soon through her social media.

Sitting on my porch getting ready for dinner at my house with my soon to be in-laws. #Sunday pic.twitter.com/4x9eRpiyrL

And the happiest moment at the Chapman's family is anywhere soon as they will celebrate Lyssa Chapman's upcoming nuptials with her fiancee.

Recommended: 'Dog's the Bounty Hunter' Beth Smith (Chapman) Married To Husband Since 2006. The Couple Lives Blissfully With Their Two Children At their House In Hawaii

Before that, Evensen popped up question to Lyssa while on a trip to Seattle in December 2017  and shared the moment on her Instagram.

On our Seattle trip this beauty beat me to the punch and asked me to marry her. I’m still in shock Wondering how I caught the heart of such an amazing soul. Forever won’t be long enough baby. #TwoWivesClub #SoonToBe #LGBTQ

Leiana grew up in Kaneohe, Hawaii, and graduated from a private school in Honolulu in 2005. Later she started a career as a fitness director at a gym in 2017, and likely met Chapman around the same time.

A source told Radar Online in 2018 before hinting about their approaching marriage,

"Lyssa is head over heels in love with Leiana Evensen, who works at The Oahu Club in Honolulu."

She's preparing her life and a bright future life with her girlfriend. The pair who currently reside in Hawaii seems to point to happy and prosperous living in days to come. 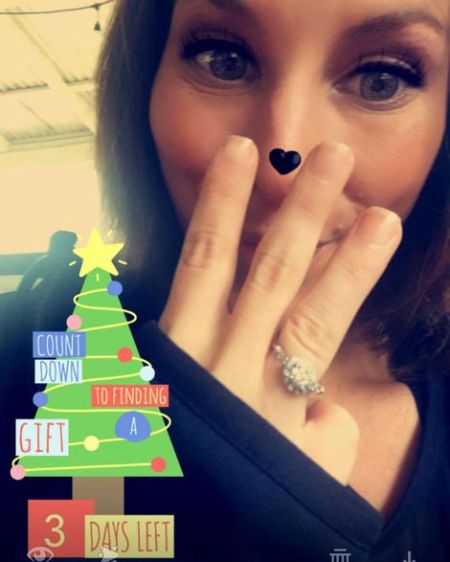 It's been a while since Duane's daughter came to the controversy of becoming a lesbian. And now, she's making that happen truly while a buzz thrills a mass of audience. 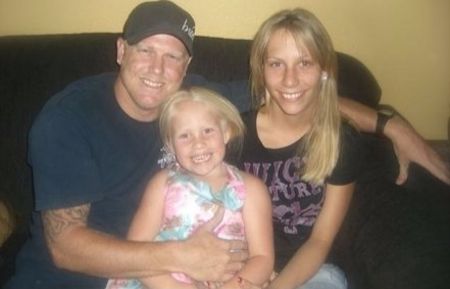 Lyssa Chapman with her ex-husband and daughter.

Like the majority of "just-married couple", everything went fine between them at first. Brahman and Lyssa even became the proud parents of a baby; Madalynn Grace Galanti in August 2009.

You May Read: A Caring Mother! Dog The Bounty Hunter' Wife Beth Chapman Celebrates Birthday Of Her Step-Son Amid Her Cancer Battle

In addition, she has two daughters Abbie Mae Chapman, 16, born on June 11, 2002, and Serena from her past relationships. And yes, she initially indulged herself in a romance with Brendan, a 42 years old man whose identity is still in the dark.

Lyssa, 31, was just fifteen years old when she gave birth to her first child.

Maybe, Brahman expected a strong man like her father in her life but Galanti started to become violent with Lyssa.

Once in 2010, Lyssa even ran across the street in the mid-night towards her parents home, after Galanti went physically assaulting over his women. Numerous time, he left her with bruises, contusions, and a black eye.

I was sexually abused. I can remember those people. I see their faces on my mind. This is something I’ll never forget. I hope you never have to know. #IStandWithChristineBlaseyFord

Even though things went a little bit far from the harsh situation, Lyssa didn't want to publicize it in the media, so she avoids to tell everything that actually had happened in the past.

Surprisingly, she gets arrested on March 15, 2011, for "Criminal Property Damage" and assaulting a police officer.

After the chaos aroused in the chemistry, Lyssa decided to part away from her ex-husband. And in February 2013, Lyssa called it quits with Brahman Galanti. 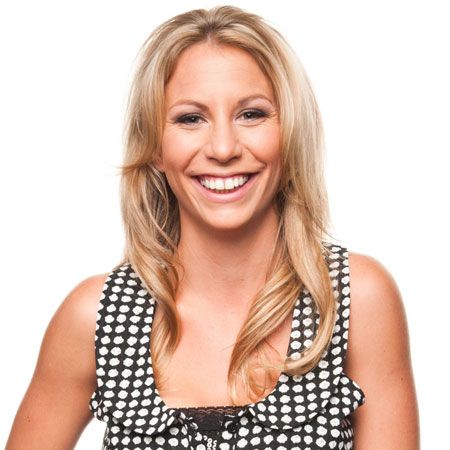