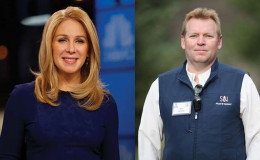 American television anchor Becky Quick is a married woman. She and husband Matt Quayle are taking care of their six children: Happy couple with no divorce rumors.

The 46-years-old journalist is a married woman and she is living with her husband and children. She is a very loyal wife and a caring mother. Let us find out more about the powerhouse couple.

After suffering a big setback from her first marriage, she got back into life after she married Matthew Quayle in 2008. The pair has been stuck to one another ever since.

She was previously married to Kevin Cahillane in 22nd January 2006 but the marriage didn't work out and the couple divorced in 2008.

Many people said that she divorced her first husband to get closer to Matthew Quayle who was a divorcee at that time but it was all just a hoax. 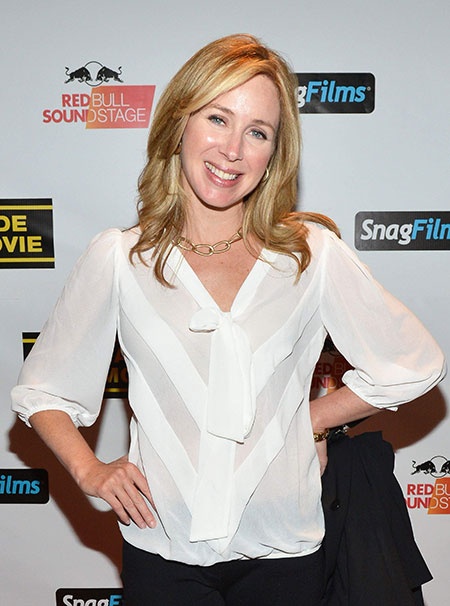 Although, many people speculated that she has been getting special attention as she is the wife of the CNBC executive, who happens to be the main producer of the show that Becky hosts. 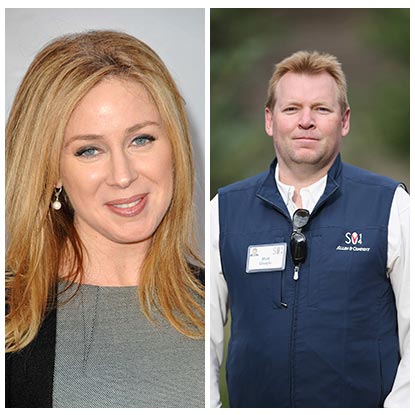 Matthew gave her a majestic ring when they were engaged and the ring was looking way too attractive.

When she entered the show all eyes were on her ring and one cannot take his/her eyes from it and Matthew tweeted a hilarious response about the ring in his Twitter account.

That's @BeckyQuick modeling $20(m) bucks on her hand @SquawkCNBC No Becky, we are not going to the auction tonight! pic.twitter.com/QN3xeXmHYh

According to him, the ring is worth 20 million dollars but we all know that it was not that expensive otherwise it would have made headlines at that time.

The Couple Blessed With Four Children

Rebecca and Matthew are taking care of four children together. Rebecca is a very understanding and loving mother as she is also taking care of her husband's children from his previous marriage. 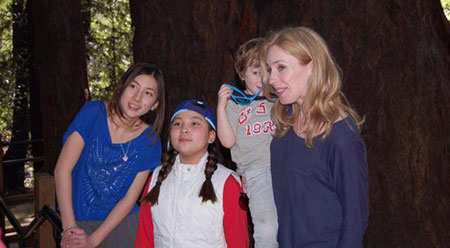 The couple has two daughters from Matthew's previous marriage named Kimiko and Natalie. In 2011, the couple welcomed their first child together a boy named Kyle Nathaniel Quayle, born August 16.

Both of them were very joyous about the news and as it was not enough they welcomed their second child a girl named Kaylie in 10th of October 2016.

Welcome to the world, Kaylie Quayle! We've been waiting for you! Congrats @BeckyQuick @matthew_quayle @SquawkCNBC pic.twitter.com/Vw9eKji4Mh

She is making her children grow in the best possible way and her little daughter often travels with her mother to various parts of the country. Becky has been often tweeting about that on her Twitter account.

Becky-Still Rocking at the 40s

She is currently co-hosting the show Squawk Box alongside Joe Kernen and Carl Quintanilla.

She is one the main host of the show and her beauty is one of the main reasons for her male fans to stuck to the television as soon as she is on the screen. 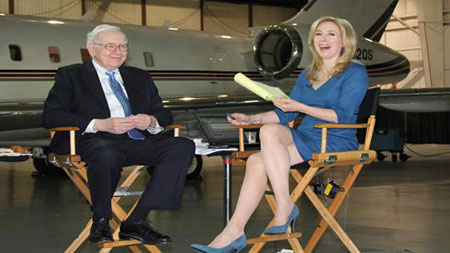 Her current net worth is around 4 million dollars according to many websites but there are no reliable sources so we cannot say anything for sure. Maybe she is earning more than that, you never know.

She enjoys a very good career but one time her career was in jeopardy when she was accused of supporting the Democrat party.

Wiki Leaks leaked an email which showed that she was asked by John Podesta to praise Mathew Burwell.

Donald Trump has also said that the CNBC and CNN are the news channel that supports the Democrat Party and it looks like his accusation were all correct.

Despite all the controversies she is still rocking it in the show and will continue to do so for many time to come.

For more recent updates and news, keep following our page!!