Meet Roman Reigns's Wife Galina Becker, know about her Career, Net Worth, and Past Affairs 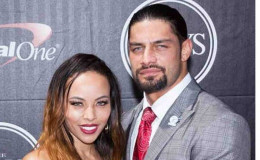 Wrestling is a very interesting combat sports which is a favorite of every individual in the current days. And if we are talking about wrestling than we should not forget to mention the popular American professional wrestler Roman Reigns.

Roman entered in WWE as a member of The Shield with Dean Ambrose and Seth Rollins. But today let us not discuss him but his beautiful wife Galina Becker.

Yes, guys!!! The 31-year-old WWE star is actually a married man. He has a beautiful wife and you guys must be curious to know about the gorgeous partner of Roman.

Many WWE Superstars have their romantic relationship with their coworkers, like John Cena and Nikki Bella, Dean Ambrose and Renee Young,  Daniel Bryan and Brie Bella but the love life of Roman is very simple yet a unique one.

Roman and Galina were college lovers during their time at Georgia Tech college. Galina was a huddle runner whereas Roman was a Yellow Jacket player.

Recommended: Brock Lesnar and Sable have a married life with 3 children.

Galina and his long-term boyfriend got engaged on 26 February 2012 and after two years they got married. Before starting their life as a husband and wife, they were already the parents of their sweet litttle daughter, Joelle Anoa'i (Jo Jo). 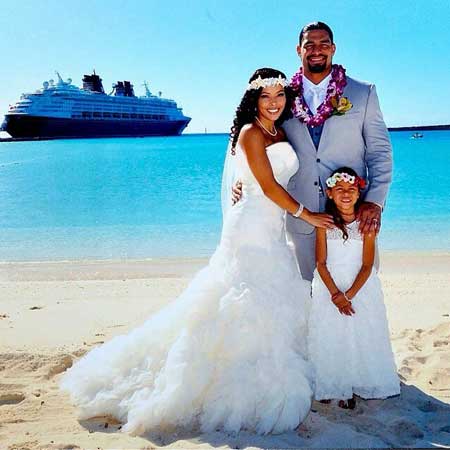 The couple possing for a photo after getting married with their daughter in the island of Bahamas.
Source: Pwpix

It's a dream of every individual to make their marriage ceremony so special and unique and to make their wedding extra special or to say for the sake of their baby girl they completed all the rituals in a Disney Style at Disney's Castaway Cay, an island in the Bahamas owned by The Walt Disney. 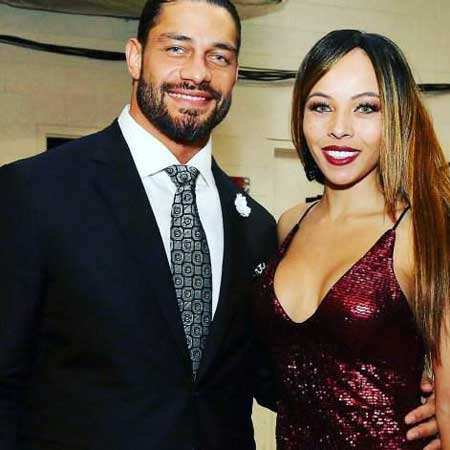 Roman and Galina in an event.
Source: Heavy

According to Roman, his daughter really enjoyed the ceremony and infact, Joelle was the major attraction in the wedding ceremony of the star.

Completely drained but I always have time for my JoJo.. Take time to be a Dad today! #Fatherhood #BestSelfieOfAllTime pic.twitter.com/r74uwt8hzU

Galina is a perfect wife and a mother. The couple is together for many years and we still have not heard any rumors of them getting a divorce or having any extra affairs. 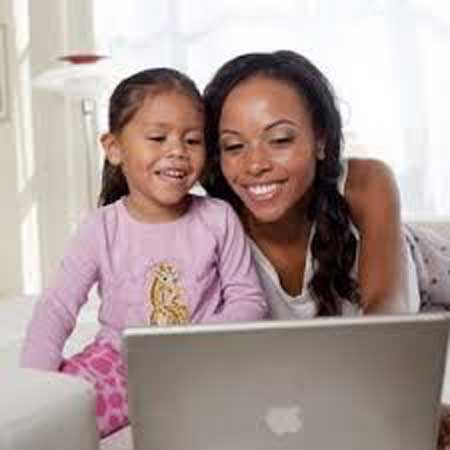 Sweet Jo Jo with enjoying some time with her mother.
Source: Pinterest

Galina Becker's Career and Net Worth

As per Galina's profile on Georgia Tech's official website, she is a very active and enthusiastic athlete in track and field.

You May Like: WWE Star John Cena And Nikki Bella Announces Split Few Weeks Prior To Their Wedding

In the past, she has won many titles in the long and triple jump when she was a sophomore and junior as she was the most powerful one in the team.

She was best marked for her performance of 38'2.25" in the triple jump organized at the Auburn Tiger Classic in the 2006-07 season.

Galina grabbed the 13th position in the triple jump at the ACC Outdoor Championships with a leap of 37' 6.00".

The net worth of Galina is not known to us but her husband has an amazing net worth of $12 million as of 2019.

She is a model by profession these days. 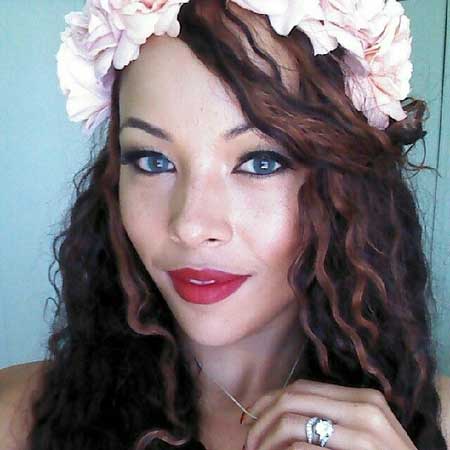 As Galina and Roman Reign are very happy and satisfied with their relationship, we wish them all the very best for their bright future ahead.