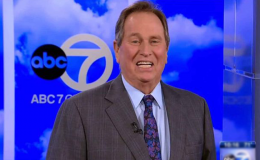 Jerry Taft is a family man. He is currently married to Shana Taft. They are blessed with two children.

After more than four decades as a meteorologist, Jerry Taft has bid the goodbye from his professional career. Jerry who used to serve as Chief Meteorologist in ABC 7 Chicago announced his retirement from ABC 7 Chicago on 19 January 2018.

Taft is married to his high school sweetheart Shana Taft and is probably thinking of going on a long vacation with his family after retirement. More details of his personal life here!!!

Jerry Taft is a family man. He is married to Shana Taft, and the couple has been together since their high school days and is almost inseparable.

The pair has been married for several years, however, they haven't revealed the date and location of their wedding day. As per sources, Jerry and his wife Shana are proud parents of two: they together share a son and daughter. 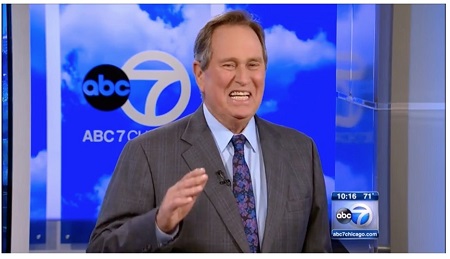 The 74-year-old former meteorologist has maintained his family life under wrapped and rarely talks about his personal life on his Twitter as it is strictly professional.

Jerry and his family used to reside in their five-bedroom, 4,000-square-foot house in Lemont from the mid-1990s until 2013 as they sold the house for $627,000. Currently, the couple resides in Chicago.

Metrologist Jerry who spent more than three decades on ABC 7 Chicago announced his retirement from the ABC7 on 19 January 2018. He used to serve the network as Chief meteorologist.

Prior joining ABC7 in August 1984 as a weather host, he served at WMAQ-TV, KMOL-TV, WMAQ-AM, and WLS-AM. 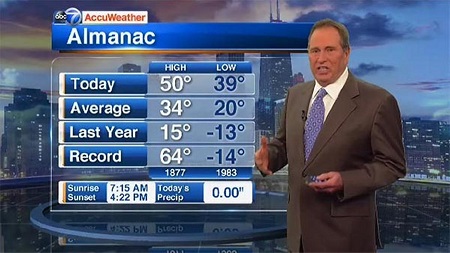 Also read: One of Chicago’s most-recognized Meteorologist Jerry Taft Is Retiring From The Industry. Let's Take A Look Back At His Career!

The vice president of ABC7 Chicago, Jennifer Graves first revealed the news of his retirement in December 2017 with the statement:

"All of us at ABC 7, along with his many fans, will miss Jerry. We thank him and wish him nothing but sunny skies and a continued low handicap on the golf course,”

Jerry's last show in ABC7 was on 19 January 2018. Cheryl Scott replaced him as chief meteorologist. 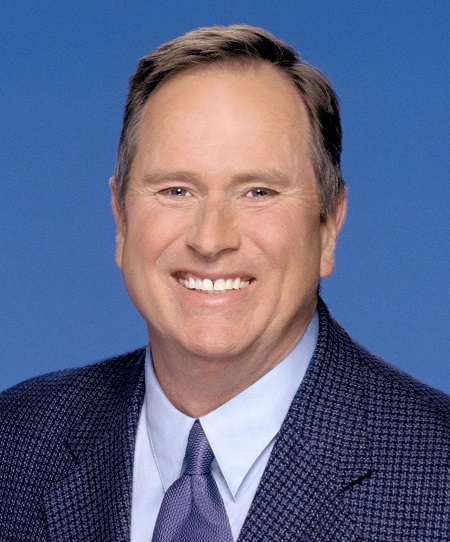