Home Article Model Lira Galore; Know about her Relationship and Affairs including the leaked Sex Tape and Allegations of Plastic surgery

Model Lira Galore; Know about her Relationship and Affairs including the leaked Sex Tape and Allegations of Plastic surgery

Internet sensation Lira Galore is always on the news either it is related to her plastic surgery, sex scandal with a former boyfriend NBA star Lance Stephenson or her break up with fiance Rick Ross.

Instagram model Lira, never fails to amaze us with her new controversy every day. So, what is she doing these days? Is she dating someone? Find out below!!!

Lira Galore: Her Current Relationship Status: Is She Dating a Boyfriend? Is She Engaged?

Lira is very busy these days in a nonprofit event named 'The Amber Rose SlutWalk'. The event is playing a crucial role in the movement towards gender equality, action against rape, and social injustice.

She's seen with #irickyvasquez whom she calls a good friend of her and is posting a series of images of the very event.

As of now, her relationship status is a mystery with no news of dating someone and having a boyfriend. Looks like the diva is focusing on her work these days.

We can assume that she's singe these days and is busy promoting her work.

While Lira Galore's dating life and affair has been a hot topic to discuss for most, we have a surprise revelation for you people.

The Instagram model is currently in a relationship with Pierre "Pee" Thomas, the CEO of Atlanta indie label Quality Control Music. Looking at her Instagram posts back in 2018, you can clearly see a sparkling ring on her finger which clearly suggest that the couple is engaged to be married soon.

This must be the feeling all the moms were telling me about ..#ImAMommy #KsMom - Matching Sets: @poshpeanut

The on-again-off-again couple officially welcomed their baby girl in April 2019. She shared the blessed news via social media post.

Hours before the birth of their daughter, the soon-to-be father posted a photo holding her hospital paperwork.

I chose to keep you a secret because I had to protect the energy I was exposing you to. On this day Christmas 2018 I’m ready to tell everyone about you bc this is THE greatest gift. Even though Daddy & I planned you & made you out of love, When I first learned that you were really coming I still was unsure & scared about bringing you into the horrors of this world. I questioned myself on if I’d be good enough for the responsibility of caring for one of God’s angels ..scared I wouldn’t AT ALL measure up to the mom my mother was to me . I mean, What big shoes to fill  I cried to her about you & she ensured me that she wasn’t worried AT ALL about me & that I’d be the Best mommy! I can’t wait to love you! bc I have so much of it to give. I finally have something to call my own & that will love me unconditionally. Im so anxious & antsy to meet you. Im obsessed with you, i dream about you, I listen to your heartbeat everyday, You are so special to me already. Please Hurry up, come early if you want ..  sincerely, Mommy . See you soon ! #22Weeks #MiniMe

Earlier, Galore confirmed her pregnancy sharing an Instagram video of herself in a pink gown flaunting her baby bump.

Sensational Instagram model Lira created a great buzz on the Internet early in the month of March this year when her sex tape was released online. As per the sources, Lira filed a police report and hired lawyers against the act.

Literally, so bomb. Beyond this shape, get into this FACE. The beauty. My best friend as me, wow. ???? @lira_galore (Bonus tea, my camera angles be FLAMES, wowwwww. If ya friends don’t go over and beyond to get the best angles of you, FIRE THEM. ) ??

On the tape, she was with Lance: Galore and Lance can be seen sharing oral pleasures. Galore was completely naked lying down on the bed and smiling up at the camera. The former couple, however, has nothing to say about the very event till date.

As her fans were going on crazy about the very event, Galore, however, tried her best to manage the situation by posting a tweet:

The model also admitted that her legal team has been working for some legal actions as she said that she knows the person who leaked the video.

Model, actress and influencer Lira is not a stranger to the camera lens. Her Instagram page is filled with sensual and racy photos keeping her assets on full display.

Literally, so bomb. Beyond this shape, get into this FACE. The beauty. My best friend as me, wow. ???? @lira_galore (Bonus tea, my camera angles be FLAMES, wowwwww. If ya friends don’t go over and beyond to get the best angles of you, FIRE THEM. ) ??

The sensuous Instagram model is also very famous for her past relationships. Lira once dated Earl Thomas in 2012. They couldn't maintain their relationship for so long as they broke up in 2013.

She was again in a relationship with Meek Mill and Pat Beverley in the following year. 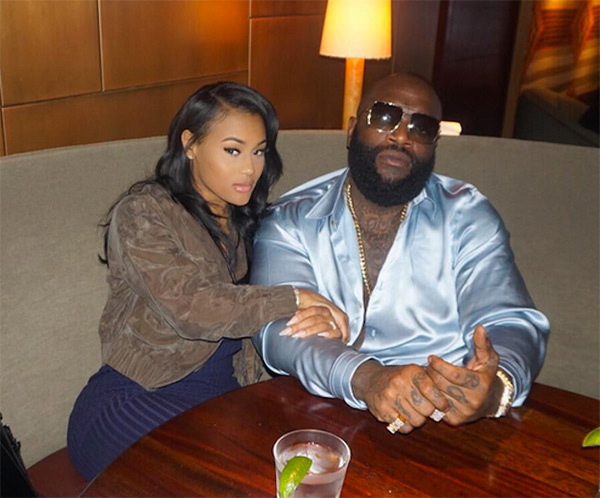 In the year 2014, it is said that she also dated Drake and Plies. Out of all, her most famous relationship is with Rick Ross. Galore once appeared on Iyanla Vanzant's show Fix My Life in the month of September 2016 and explained her engagement with ex-fiance Rick Ross.

Ross proposed the lady in a jewelry store in New York City. She mentioned,

"I always thought when someone proposed to me, I would cry. But I was so happy, I couldn’t cry. I was emotional but I was happy."

"He was very sweet about it. It was a surprise. I thought I was going to get a new watch or something. But it was all planned out."

They, however, broke their engagement and allegedly they split over a photo of Galore and Meek Mill together at a club.

Though the star reportedly denied going through the knives, her recent photos explain the story. She went through a lip augmentation in August 2017.

When all The girls are throwing that ass in a circle , but you a child of God now ????

One of her fans accused her of being "genetically modified" on her post stating her unusual curvy figure.

In contrast, she denied the allegations and mentioned that her shape is real. She also posted some throwback pictures to prove it.