Actor Morris Chestnut and Wife Pam Byse Has Celebrated More than 22 Years of Married Life: Know About Their Amazing Relationship and Children 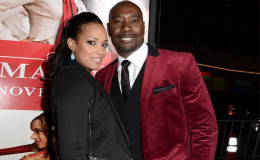 Well, the above words better reflect the married life of actor Morris Chestnut and Pam Byse. The lovely couple has been living together for 23 years; still, have miles to go further.

"The secrets to a long-lasting relationship is two people working, standing, wanting to be together, and seeing the future together."

The above words truly reflect the blissful married life of actor Morris Chestnut and his wife Pam Byse. The lovely couple has been together for 22 years; still, have miles to go.

The couple is blessed with two adorable children. No doubt the two have crossed every mile of happiness and love. Let's get details about the couple in today's session.

American actor Morris Chestnut has performed his best opposite a number of bombshells of Hollywood in his career including Halle Berry, Vivica Fox, Monica Calhoun, and Regina Hall.

And despite that, there has not been a single rumor of him having an affair with these celebrities but why you might be wondering! 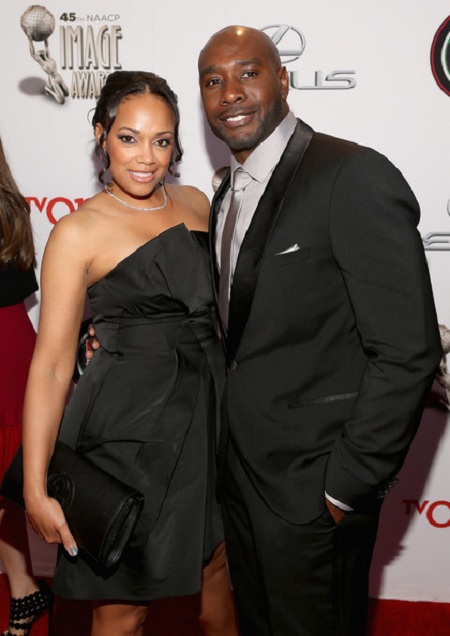 Yes! there's been a constant leading lady in his life and she is none other than his beautiful wife, Pam Byse.

As per Chestnut, they first met in a club. In an interview, describing their first moment he said,

"We met in a club. I was doing something in Atlanta and at the time it was Deion Sanders, Ron Grant and a dude named Tiny Lister (Deebo from Friday)."

"I was doing a tv movie out there and I went to the club. Tiny was living in Atlanta. He knew the ins and outs of the city, and he was just like, Mr. Atlanta. We were hanging out in the club and he told me about this chick, that chick, whatever. Then I saw Pam, who is my wife, and I said, ‘What’s up with her?’ He said, ‘Nah, man, don’t waste your time. She doesn’t give anybody no play.’ So as soon as he said that, I was like, ‘That’s the woman I need to go holler at.'"

The cute couple eventually fell in love and married in 1995. They are so much into each other that the star even wrote a rap for his wife in the viral "For The P..". 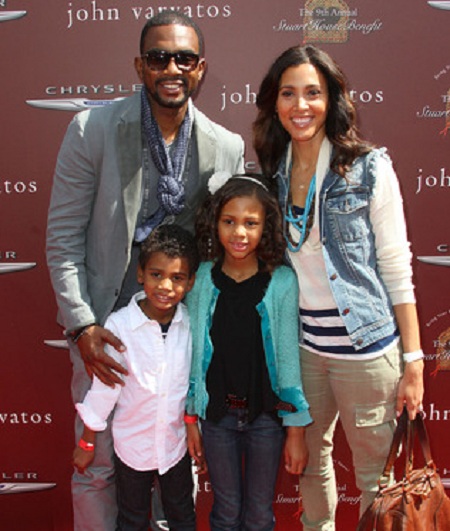 The family of four attending an event together
Source: Pic Bear

During an interview with Essence in 2014, the  Boyz N The Hood star explained the magic formula behind his successful and long lasting married life. He said,

"I have been with my wife for a number of years now and the number one thing that keeps us strong is a mutual respect; that is first and foremost."

"I would like to think of myself as pretty perceptive because when I am in different types of situations, I am always watching and listening more than I am talking. And when I met my wife, there were a lot of qualities I was paying attention to. I knew that she would be a great mother just for how she cared for her nephew and her family. She respected her mother and she respected her family and those were some of the initial qualities that I saw that I thought would make her a great partner."

The couple shares two children- a son Grant Chestnut and a daughter Paige Chestnut. The happy family of four has all the reasons to celebrate their wonderful life.

Chestnut started his career as the famous character "Jadon" in Freddy's Nightmares: A Nightmare on Elm Street: The Series which aired on 18 February 1990.

But he rose to prominence for his role in the 1991 movie Boyz N The Hood. In 1998, he became the winner of the annual Madden Bowl video game competition.

He performed The Best Man alongside Taye Diggs and Nia Long, as a professional football player for which he received an NAACP Image Award nomination.

Again, he played the role of a football player in 2007 movie, The Game Plan. People magazine named him as one of the "Sexiest Men Live" in 2015.

He recently appeared in Fox procedural drama series, Rosewood in the lead role, "Dr. Beaumont Darius Rosewood Jr." for which he received NACCP Image Award nomination for Outstanding Actor in a Drama Series. 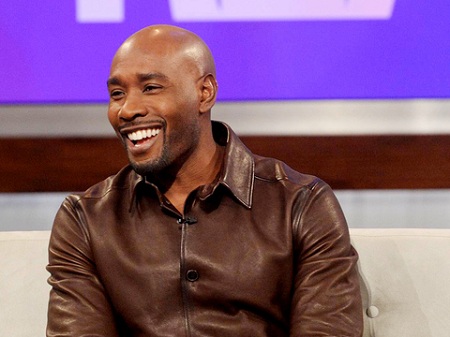