Home Article Model Gigi Hadid is rumored to be getting engaged with boyfriend Zyan Malik: The couple started dating in late 2015

Model Gigi Hadid is rumored to be getting engaged with boyfriend Zyan Malik: The couple started dating in late 2015 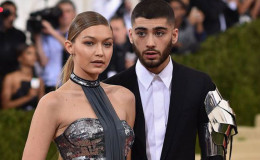 Gigi Hadid is currently the hottest model roaming the face of the earth. She has been engaged. Find out more.

Well, that was unexpected, Gigi Hadid is rumored to be engaged with Zayn Malik. Gigi is known for her outgoing nature and has never hidden anything from media. Even she had a verbal fight with Zayn's ex-girlfriend Perrie, at that time as well she was not shy about anything.

Then why this time she has hidden this very big news from all of us? Many of us are still not aware if she is engaged to Zayn or if this rumor is just a speculation. Let us find out more about this rumor about Gigi and Zayn's engagement.

After Zayn called off his two-year engagement with ex-girlfriend, he asked for the perfect gift for Christmas from his girlfriend Gigi as he proposed to her during the holiday. But for his, dismay

But for his, dismay she rejected him as she was not ready at that time.

However, it seems this time she has accepted his proposal and she has decided to marry him. Recently, Gigi was spotted wearing a ring on her ring finger and that does indicate something. The jewelry was looking brand new as well. 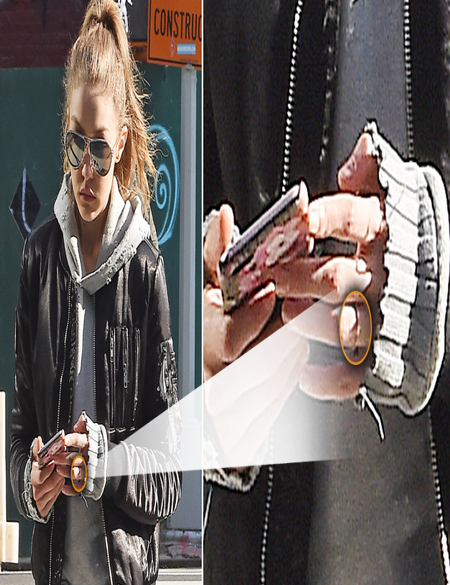 Gigi was comfortable with showing off her ring to the public as she walked the streets of New York.

But according to a source close to the couple, they are not engaged. The source said that "Zayn and Gigi are definitely not engaged, sometimes a tattoo is just a tattoo, and a ring is just a ring!" 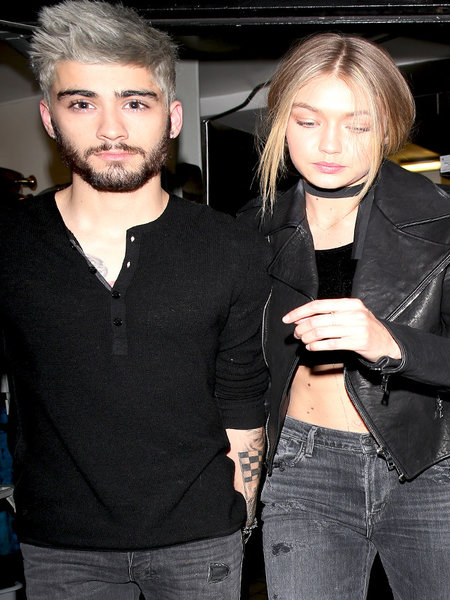 The source also said that though they are not engaged right now, they will because of their love with each other.

The source also added, "I wouldn't be surprised though if an engagement is on the cards in the future. They are absolutely crazy about each other, and head over heels in love. They're a great couple, super chill and adorable."

Both Gigi and Zayn were single at that time after Zayn called off his engagement with Perrie and Gigi broke up with her boyfriend Joe Jonas. She has dated Joe's brother Nick Jonas as well.

She is also very good friends with model Kendall Jenner and often seen hanging out with Kendall and her sister Kylie Jenner.

They started dating a year ago and their relationship has been one to remember for. The couple looks very cute with each other.

In November 2015, the couple was spotted together leaving The Nice Guy in West Hollywood.

Then in December 2015, Zayn uploaded a rather cozy picture of him and Gigi on his Instagram account which confirmed their relationship. After leaving

After leaving One Direction, the band that Zayn, formed with his friends Harry Styles, Liam Payne Niall Horan, and Louis Tomlinson, he debuted with the song Pillow Talk and he starred alongside his girlfriend Gigi in the music video.

After their breakup with their partners, the couple was in a dire need for a healthy relationship where they will be comfortable, and it looks like that they have found the relationship.

Although, Gigi has been spotted wearing a ring on her ring finger but it looks like that they are not engaged. The power couple would definitely reveal the news to the public about their engagement.

Fight between Gigi and Perrie

So after breaking up with Perrie Edwards via text, Zayn came into a relationship with Gigi Hadid and his ex-was not taking things so lightly. The little mix girl group made a song named 'Shout out to My Ex' which allegedly contains lyrics that were directly pointed towards Gigi.

The lyrics said, 'Heard he been f*****g some model chick/ Yeah that sh*t hurt I'll admit/ But f**k that boy I'm over it. Heard he in love with some other chick/ Yeah yeah, that hurt me, I'll admit'

Gigi then hit back at Perrie as she told her to move over Zayn. She also said that Perrie is very immature and song lyrics are immature as well.

Well, that's that, and there is still no clue regarding Zayn and Gigi's relationship been going to the next level or not.

Only time will tell about that and we are sure the hot couple will not hide this big information from their fans.