Home Article "Big Congratulations" Oscar Isaac and His Girlfriend Elvira Lin welcome their First Child, The Couple is Dating since 2016

"Big Congratulations" Oscar Isaac and His Girlfriend Elvira Lin welcome their First Child, The Couple is Dating since 2016 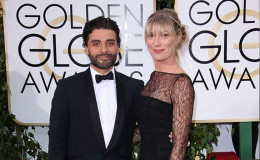 A Guatemalan-American actor and musician, Oscar Isaac have just landed his consequential cast yet - fatherhood!!! On Friday this week, They announced a news about their newborn boy.

A Guatemalan-American actor and musician, Oscar Isaac have just landed his consequential cast yet - fatherhood!!!

The 35-year-old, New Mom share a video on Twitter where, she is seen cradling her little one with Oscar.

The 38-year-old, Star Wars: the force Awakens star, Oscar previously told they were expecting a boy. Lind's pregnancy was declared just last month, as she was proudly showing off her oversize baby bump. 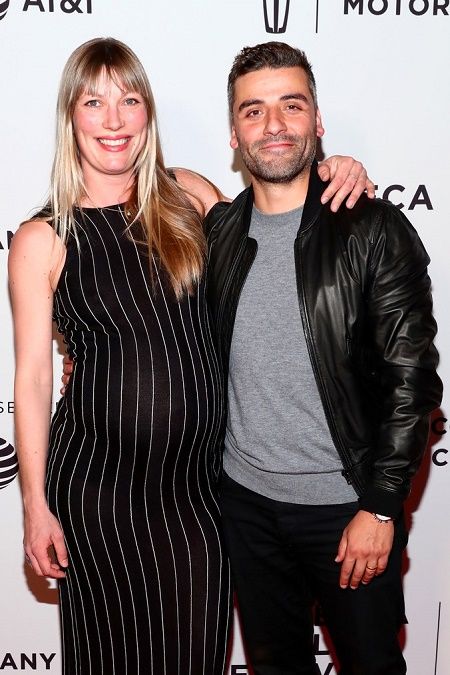 A couple was also seen on Monday(24th April) as they stepped out together. The glad parents were seen hand-in-hand heading for dinner.

Congratulations to this beautiful couple! So happy for them! #oscarisaac #elviralind #congratulations #babyfever #poedameron #starwars *credit to @oscarisaac.ig and @eonline

On Friday (28th April) his week, they announced a news about their newborn boy. Erina shared the news via Twitter.

Beautiful Married life of the Couple

Oscar previously tied the Knot to his childhood sweetheart Maria Miranda in 2007 but later on, the duo, unfortunately, got divorced.

Well, they say everything happens for a reason and in this case, the reason was for him to meet the one who was actually made for him and she was none other than Elvira.

Elvira Lind was Isaac's Golden Globes Date. The Ex- Machina actor, brought Lind as his date in 2016 Golden Globe. The beautiful couple stepped the red carpet together and the whole world saw them. 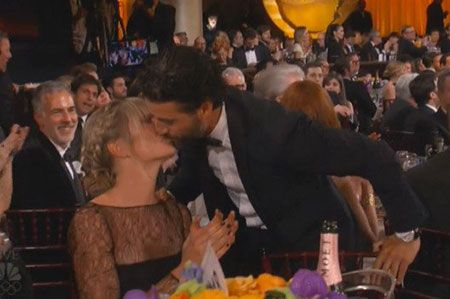 He was nominated for Golden Globe for the 2013 movie Inside Llewyn Davis where, he played as Llewyn Davis with other stars like Max Casella, Carey Mulligan, Marcus Mumford, Justin Timberlake, and so on. 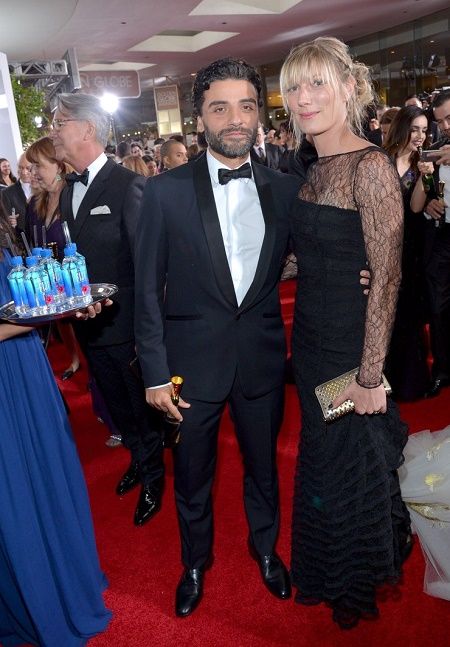 The loving birds on a red carpet during The Golden Globe Award, Source: Celebitchy

Marriedwiki prays for the good health of the newborn baby and wishes a lovebird for the bright career.