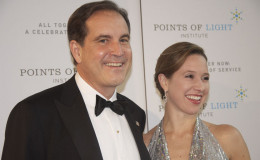 Jim Nantz is an American sportscaster who works at CBS's as the NFL commentator. Find out more about his marriage life.

Jim Nantz married Anne-Lorraine Carlsen on 16th April 1983 in a small ceremony. At that time Jim was still a newbie and was at the starting phase of his career. 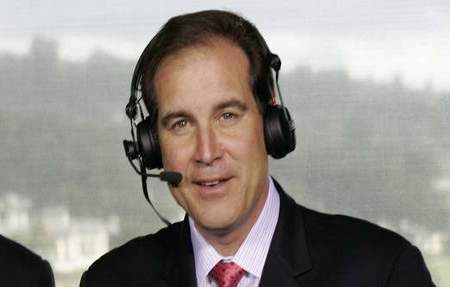 The couple welcomed their first child, a beautiful daughter named Caroline Nantz. Although, they did not reveal much information about the exact date of their daughter birth but she was born in the year 1994.

His daughter has already followed on her father's footstep as she is currently working as an intern for CBS and NBC. She also worked as a production intern in Late Show with Seth Meyers. 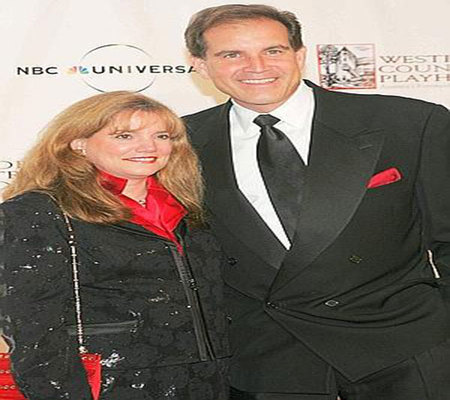 She is very active on Facebook and Instagram and judging by her pictures we can clearly say that Caroline's world is full of fun and friends.

It is a good sign though and even after her parents' divorce she still shares a very good relationship with her father. 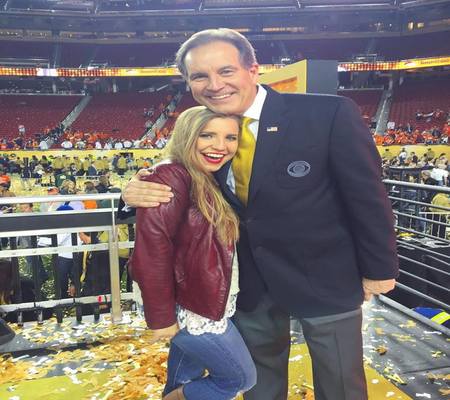 Everything was going well until suddenly there were complications in their marriage. The couple was living happily for 25 years and that is not a small time.

After staying together for more than 25-years one can say that this couple is the best and they will never be apart, but some marriages does take its toll after several years. 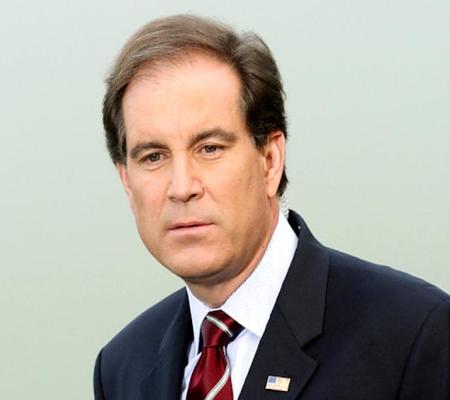 Jim devoted his entire life to his career and still, he took out time for his family. When you are so focused on something, you expect support from your loved one but Anne stopped supporting his career.

Many people are wondering about why does that happened but Anne didn't say anything about the reason for divorce.

When the couple was summoned to the court, both of them didn't even look at each other's eyes. Jim grew teary when he was asked to say something about the divorce.

Reason for the divorce

He revealed that his wife used to follow her around the country when he was traveling for his job, but gradually she lost interest and stopped going with him.

He also said that she did not even attend the award function where he won the "Man of The Year" award. 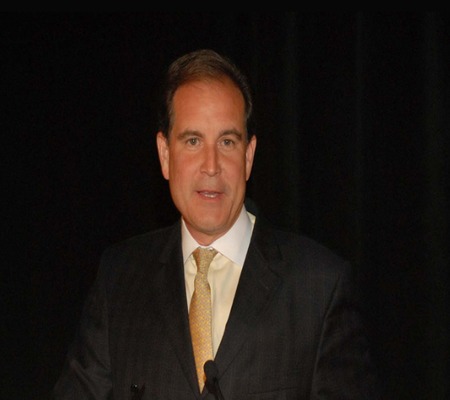 We can truly understand how devastated he must have been after winning the prize but not able to spend the moment with his wife.

She also didn't allow him to put his oil painting that he received while winning the award.

Jim stated that he was also chosen to be the host of the CBS Early Show but he turned down the offer due to his wife disagreement.

If we carefully analyze all the incident that he stated we can clearly make out that his wife didn't like his work.

After being alone even with a wife, he decided to take action and filed for a divorce. The couple got separated in 2009, and the reason for the separation would be his wife's lavish spending habit.

She spent at around 1 million dollars a year during their marriage and it proved that she was just using Jim's hard earned money and satisfying herself to the extent.

The judge Howard Owen gave his decision after hearing from both sides and the decision was pretty much against Jim.

He has to pay 916,000 dollars a year as alimony to his wife plus child support to his daughter Carolina who stays with her mother. 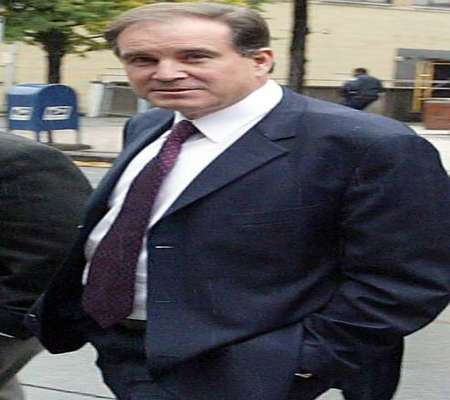 He also had to give his two Connecticut homes and Country Club Membership of his wife that costs around 70,000 dollars a year.

Though the Judge found both sides not guilty but, in the end, Jim was the one that had to take the hit for the divorce. He has to pay the alimony and child support until his ex-wife remarries or dies.

Shortly after Jim decided that his marriage is dead, he started dating Courtney Richards in 2008. They first met when Jim was promoting a book that he wrote about his father in May. 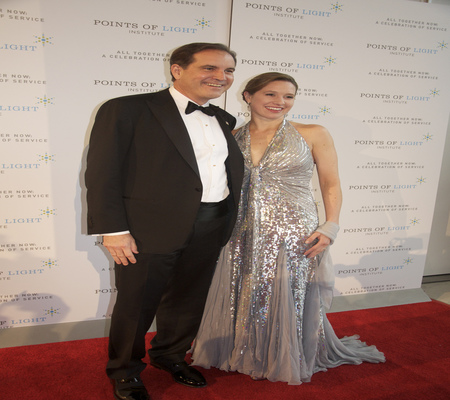 It seems that Jim went to IMG to promote his book but end promoting his relationship. He proposed her in 2010, while they were holidaying on his close friend George H.W Bush's mansion at Maine.

After being in a relationship in 2010, the couple decided to take it further and got married on 9th June 2012.

The couple exchanged vows in Pebble Beach, Monterey County, California. It was a golf pitch and Jim decided to marry her in the same pitch where he started his reporting career.

Many big golfers, close friends, and relatives were also invited there.

After their marriage in 2012,  the couple welcomed their first child together, a girl named Finley Cathleen Nantz on March 14, 2014. She was the first mark of love between the couple.

As the happiness they received after the birth of their first child, the couple welcomed their second child, a boy named Jameson Nantz on February 1, 2016. 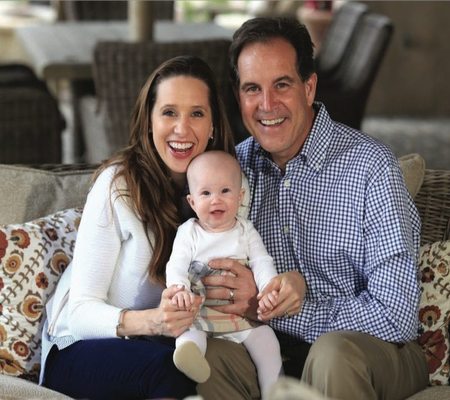 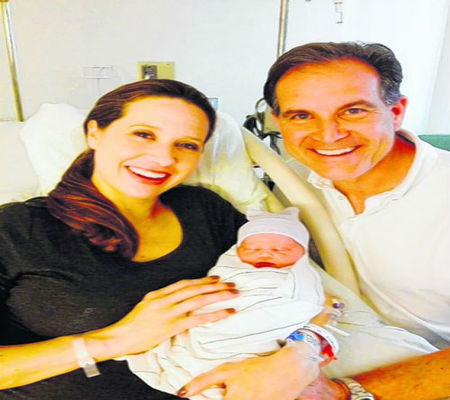 Even luck was on his side as he called the game on Sunday and his son was born on Monday. Though he had to take the most stressful 77-miles drive to home just thinking about the condition of his wife and if the child is born or not. But he made in time.

The couple is living very happily together and will do so for many years to come and it Jim is very happy with his new family and want to live like this forever. We pray for the family's good health and happiness.

He is known for his outstanding calls that he makes on the pitch. He has been working for the CBS network for the last 32-years. He joined the network in 1985, after working as an anchor and sportscaster for KHOU Houston in the early 80s.

He joined the network in 1985, after working as an anchor and sportscaster for KHOU Houston in the early 80s. 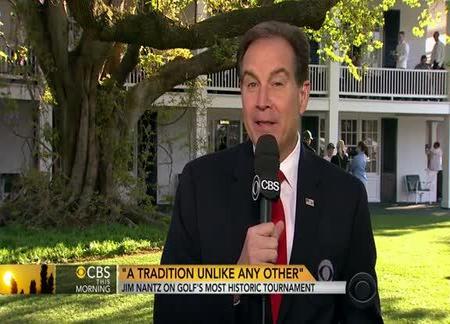 From an early age, he was into sports and he decided to pursue the career of the sportscaster. He was the captain of his college's basketball team.

As of now, he covers sports like Basketball, Football, and Golf. Many of you may not know but he is the former roommate of the future golf star Fred Couples and Blaine McCallister. 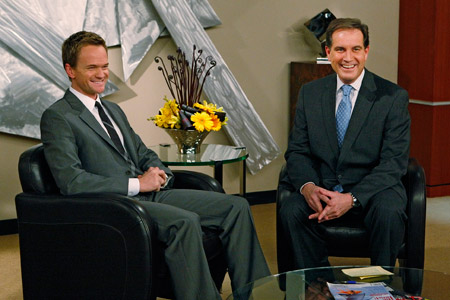 He has interviewed players like Tom Brady and Julian Edelman and also interviewed the cast of How I Met Your Mother including Neil Patrick Harris, Cobie Smulders, and Josh Radnor.

His net worth is said to be around 3.2 million dollars a year, including all the advertisements and endorsement he has done.