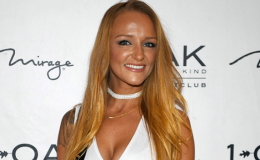 Every mother in this world wants to protect their children from any hurt or distress. However, sometimes the parents do not have any choice and are forced to make a decision that might hurt their children a little bit.

Maci Bookout is the mother of 10 -year old Bently Edwards with her ex Ryan Edwards. Ryan continuously has trouble with laws, because of which he has been arrested multiple times. So, Did she told their son about his arrest? or did she kept as a secret? To know about her decision, continue to read below:

Maci Bookout is Struggling to Tell about Ex-Ryan Edwards Arrest; What is he arrested for? What is her Dilemma?

Maci Bookout's Ex Ryan Edwards struggled with drugs whole life. Because of his drug abuse problem he needed to be behind the bars multiple times. In July 2018, he was arrested for heroin possession and in another time, he was picked for violating the terms of his probation. His latest arrest happened in January 2019, when he left a bar Red Bank without paying his $36 tab. He remained in jail for three months and got released on April 15. 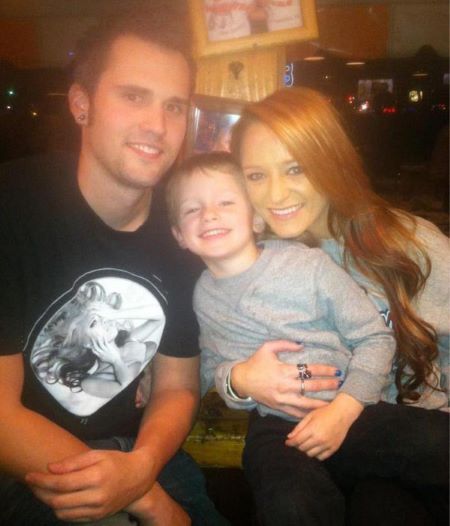 This latest arrest put Maci Bookout in a big dilemma. She struggled whether to tell or not their son Bentley about his arrest. She wanted to tell the son so he did not hear from someone else but also she did not want Bentley to have a bad image of his father and wanted a smooth relationship between father and son.

Maci, however, in the end, decided to have a tough conversation with his son and told him all about the arrest. She talked in an interview about her decision. She said:

“I think just from the standpoint of him being able to process, comprehend and understand, and get through it in a healthy manner, I think he needs to know what’s going on,”

So that I can also, as his parent, reinforce that he does have love around him and support around him. And that’s life; things happen but it’s going to be OK

Only the future will tell, whether her decision was for good or not.

Maci Bookout was dating Ryan Edwards in mid-2000s and gave birth to their child Bentley Cadence Edwards on October 27, 2008. The relationship between them deepened after their child and the couple got engaged in 2009. However, only after a year of engagement, the couple parted their ways.

Maci though got separated from him was not completely detached with Ryan because of their son. They maintained a cordial relationship for the sake of her children. Similarly, she also maintained a talking relationship with Ryan's wife Mackenzie Standifer and their children, Hudson and Jagger.

Maci is currently happily married to motocross racer Taylor McKinney. The couple started dating in 2012 and welcomed their first child, Jayde Carter Mckinney on May 29, 2015, and second child, a son, Maverick Reed McKinney on May 31, 2016.

Maci and her babby daddy finally took the big step on their relationship and got married in Greenville, Florida on October 8, 2016. They both currently stars in the reality show Teen Mom OG.