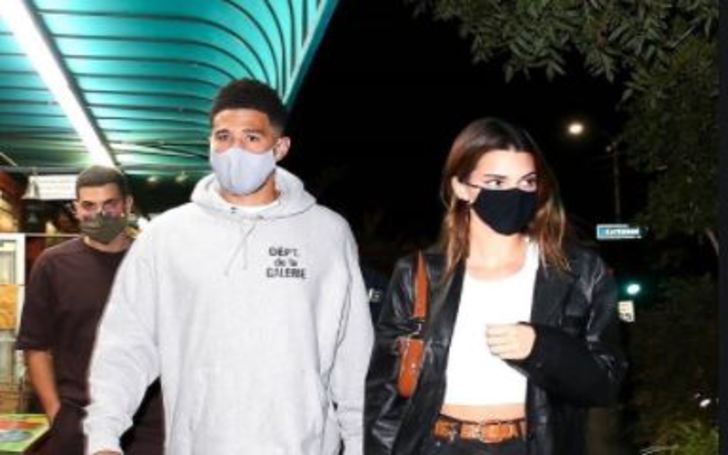 The wait is finally over and our suspect has come to be true as supermodel Kendall Jenner made the confirmation that she had been dating Baller Devin Booker all this time.

It's the season of love. And on Valentine's Day, TV star and model Kendall Jenner took the opportunity to finally confirm her romance with her boo Devin Booker on social media with a mushy picture. People confirmed their relationship too. 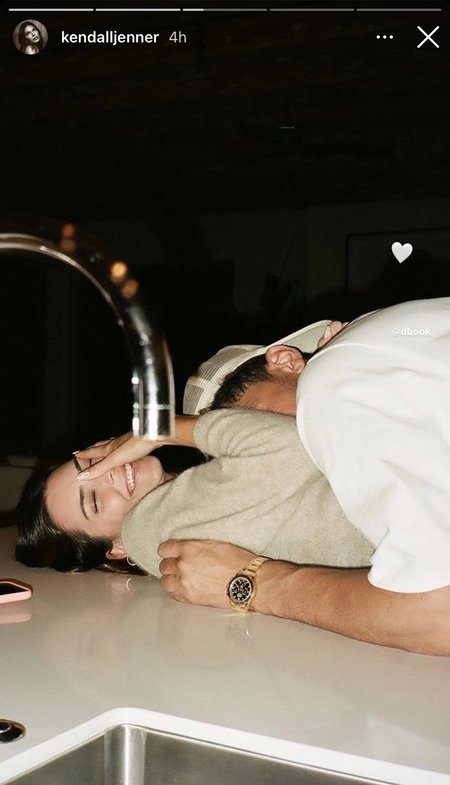 And, fans are going crazy and congratulating the new official lovebirds in town. Also to mention that Jenner and Booker definitely make one attractive pair together.

The Keeping Up With the Kardashians! star shared a romantic picture on her Instagram Story where she can be seen cuddling the Phoenix Suns shooter on a white kitchen counter.

Booker, moreover, donned in a white shirt and hat is lying on top of the supermodel while Jenner smiles as she covers half of her face with her hands. Making things even more official, the 25 years old model added a white love emoji to the snap.

Jenner's boyfriend too verified their relationship by posting a picture with a yellow love emoji on his Instagram Story where his girlfriend is seen lying on his back. It looks like the picture was taken during a picnic date. 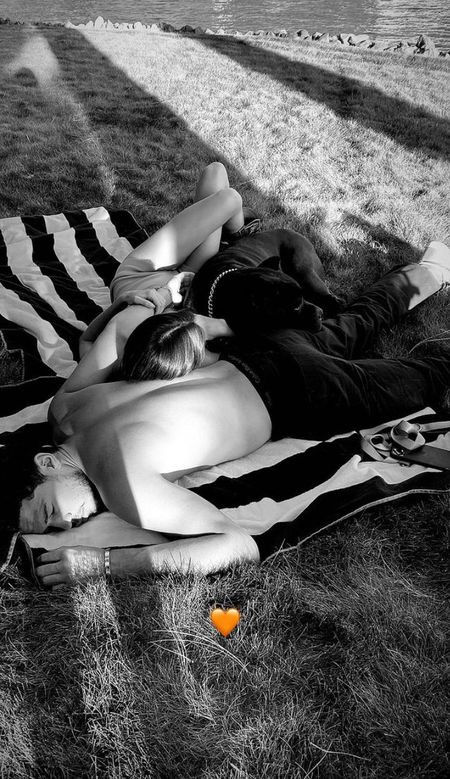 Not to mention, Jenner and Booker most probably spent their Valentine night together too as the model later shared a picture of roses and wine glass.

Rumors of Jenner and Booker dating began in early 2020 when both of them were spotted spending a lot of time together. But, as they were doing a long-distance in LA and Arizona, it was reported the duo was not serious about their relationship.

The speculation even grew more suspicious when Jenner and Booker were photographed together once again in late 2020. But, of course, both of them wanted to keep their romance on the low, and neither confirmed nor denied their relationship.

And, with the recent post on Instagram, it's certain that Jenner is serious with the guy and sees her future with the Basketball champ. Hopefully, Booker is the right guy for our Kenny and will never break her heart.

Dear readers, do follow more news and stories only on Married Wiki to support us during the time of a pandemic.