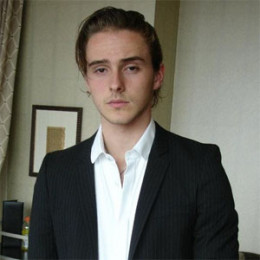 Alex Watson, a British actor and a model who appeared in the movie, Harry Potter with the role of a cameo. He is also known as the brother of great actress, Emma Watson. Despite being interested in journalism, he is now a model of BlueBerry along with his sister. Apart from the professional life, he is currently dating his longtime girlfriend.

Born on 15th December 1992 in Paris, France. He was raised by his parents, Chris Watson and Jacqueline Watson who were both lawyers along with his gorgeous actress sister, Emma Watson. Their parents divorced when they were very young and they began to live with their mom in Oxfordshire whereas used to visit their father over the weekend.

Apart from his own sister, he also has twin half-sisters named, Nina and Lucy and a half-brother, Toby. Regarding his academics, he attended Dragon School in Oxford along with his sister and also joined Bristol University to study philosophy and politics.

Despite being interested to be a TV journalist, he began his career in acting in Harry Potter which was based on the novel of J.K Rolling. He appeared in a cameo along with other casts Emma Watson, Daniel Radcliffe, Rupert Grint, Tom Felton, Alan Rickman, Matthew Lewis, Bonnie Wright and others.

After appearing in the movie, he produced his seminal work called, Gasoline along with his friend where he made the videos with the picture of Holly Valance hanging on the wall.

As of 2010, he joined Emma and became a model for the Blueberry. Both of them cutely posed for the picture and that look really amazing. He even shared his experience by passing the statement,

"I was actually shopping for a suit in Burberry to wear at one of Emma's Harry Potter premiere's when someone from the brand approached and said 'I think you should meet with Christopher [Bailey]. It was such a shock but it was a pretty good gig. Emma's been really great - we get on very well but it's good to have her there to give me tips. Her main one is to relax and don't be scared. Easier said than done though. She's just so efficient!”

Regarding his personal life, he is very close to his actress sister and also used to attend many of the red carpet events together. They were even spotted in many vacations, shopping, and outings which shows their great bonding as a sibling.

Apart from that, he is in a relationship with Nina Jacobs for a long time. Jacobs seems to have no connection with the media and limelight. But he used to post several pictures together mentioning her as his girlfriend.

The handsome model of Blueberry is currently at the age of 24 and stands 5 feet 10 inches tall. From some of his works, he might have earned an estimated net worth of 6 digits number. In addition, while working for the Blueberry, his sister took a fee in 6 digits number so he might also have earned much for being the face of the brand.

Moreover, his sister has an estimated net worth of $70 million which helped them to maintain their lavish lifestyle. She is also ranked as a top highest paid actress in 2017. With such great earning she owned a Toyota Prius worth $30,000 and a lavish house in New York.