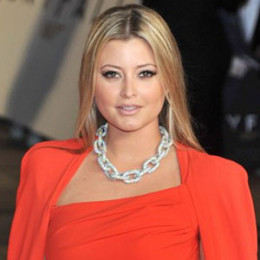 Holly Rachel Candy, an Australian-British actress, singer, and model is popularly known by the name, Holly Valance. She became famous and earned much of the fame from her first-ever series, Neighbours appearing as a teen. Apart from her acting, her singing is also really appreciated by both the audiences and critics as well. Apart from her professional career, she is the wife of property magnet and a billionaire, Nick Candy.

Born on 11th May 1983 in Fitzroy, Victoria, Australia as Holly Rachel Candy to a Serb father, Rajko Cukadinovic and an English mother, Rachel from Spanish descent, was raised along with her two sisters named, Coco and Olympia Valance (half-sister). Also, she along with her sisters hold dual Australian and British citizenship as she moved to the UK at the age of 18 from Australia.

She attended Star of the Sea College in Brighton, Victoria.

Valance made her debut from the TV series, Neighbours with the role of Felicity ‘’Flick’’ Scully in 1999, opposite stars like Stefan Dennis, Kylie Minogue, Margot Robbie, Alan Fletcher, Ryan Moloney, Jackie Woodburne and others. But she did not work in the series for long leaving in 2002 to pursue her career in singing.

After starting her career in music, she released her first single named, Kiss Kiss by the Turkish singer, Tarkan in 2002. The song was a hit in the industry and entered the Australian Recording Industry Association and UK singles chart at no.1 as well. Also, it was appreciated by all and was nominated for four ARIA Music Awards.

In 2004, Valance made a come back in acting appearing in the TV series, CSI: Miami and Entourage. Moreover, she also appeared in the series, Prison Break alongside Wentworth Miller, Dominic Purcell, Sarah Wayne Callies, Robert Knepper, Amaury Nolasco and so on.

Apart from all these, she was also one of the participants of the show, Strictly Come Dancing pairing with Artem Chigvintsev in 2011. She was also a judge and a mentor of fashion competition show, Shopaholic Showdown in 2013. She is also expected to make a comeback in Neighbours.

After meeting for the first time in LA at one of their mutual friend’s dinner party, Valance and her property tycoon husband, Nick Candy started dating each other. The couple after dating for years got engaged on 25th December 2012 in the Maldives on the occasion of Christmas.

Finally, the pair tied the knot on 29th September 2013 in a grand way in Beverly Hills costing around $3 million. The ceremony was attended by the many celebrities including Katy Perry, Nancy Dell’Olio, Simon Cowell, Tracy Emin and many others.She wore a white lace gown by J’Aton Couture.

In 2016, her husband gifted her a $26 million luxurious yacht to cure her seasickness.

In 2003, she fired her manager, Scott Michaelson, an owner of Biscayne Partners Pty Ltd by phone. It became an issue as she fired him before the expiration of his 15 months contract. Hence he took the matter to court.

After a number of hearings, the court ordered Valance Corp. to pay $350,000 to him. Of this amount, $47,264.56 was from the shares bought by Valance and Michaelson on the London Stock Exchange.

As of 2017, her husband along with her brother in law, Christian Candy was in court case after Christian was accused of blackmailing and intimidating their former business associate, Mark Holyoake. Both of them denied it, but Holyoake along with his wife, Emma Holyoake invented the threats trying to extract more money.

The multi-talented gorgeous lady earned the estimated net worth of $20 million from her acting, modeling, singing and so on. Moreover, she also earned from the adverts for Schwarzkopf hair care products and 1800 Reverse where she appeared. She also appeared in the advert for Foster’s Gold bottled beer as well.

Also, she along with her husband were listed in the billionaire celebrities list along with Elin Nordegren & Chris Cline, Jami Gertz and Antony Ressler, Stephanie Seymour & Peter M. Brant and many others with the estimated net worth of $1.1 billion.

Holly Valance and Nick Candy got married on 29th September 2012 after dating for years in a grand ceremony with the presence of celebrity guests.

Year after their marriage in November 2013, Holly Valance and Nick Candy became parents for the first time after the birth of their daughter, Luka Violet Toni Candy.

Three years after the birth of the first child, the couple also welcomed their second daughter in September 2017.