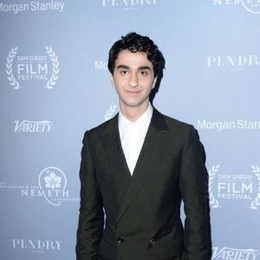 Alex Wolff is an award-winning American actor who first caught the limelight after starring in the 'Nickelodeon' musical comedy series named 'The Naked Brothers Band'. He is also known for his works in the films like 'My Big Fat Greek Wedding 2', 'Hereditary', and 'Jumanji: Welcome to the Jungle'.

Alex Wolff's Personal Life; Is He Dating a Girlfriend?

Alex Wolff is presently dating his choreographer girlfriend Gianna. The duo is together for over two years and still shares a strong bond. Moreover, the pair is open about their relationship and often shares pictures on their respective social media sites. 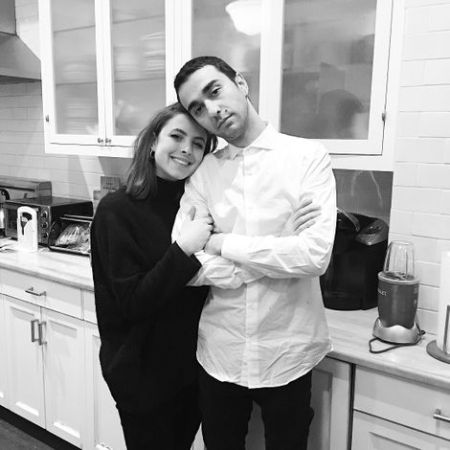 Well, the couple started dating from the March of 2017 after meeting a couple of times. Following that, the couple is spotted together in many places, here take a look at the post-Alex shared on their two years of dating anniversary,

Also, take a look at the couple sharing a passionate kiss,

Alex moreover is out of any dating rumors regarding his early life. Besides, he is currently in a healthy relationship with the love of his life, and the relationship between them seems fluid as there is no sign of breakup between them.

What is the Net Worth of Alex Wolff? Know About His earnings, Salary

Honored to have won the Filmmaker of the Year Award at #ischiaglobalfest for my film #thecatandthemoon ! I was so excited I leapt into the ocean with my suit on. Swipe to see

Alex further is an active Instagram personality who shares many personal, promotional, and professional posts on his Instagram account. He owns two accounts, one of which is titled Nat and Alex which he shares with his brother Nat Wolff. Following that, the star earns over $2,191.5-$3,652.5 per post with his brother. Similarly, as for his private account, he makes over $369.75-$616.25 per post.

I’m sure you’ve seen this already but my Instagram was broken so here it is again in case you haven’t !

The 21-year-old actor started his career in the film industry after appearing in the 2005 film named The Naked Brothers Band: The Movie. Since then, he starred in many movies like From Up on Poppy Hill, The Sitter, Coming Through the Rye, and Patriots Day among others. Besides, he recently worked in the 2019 film named Jumanji: The Next Level. Furthermore, some of his famous movies are

The hereditary star is also a popular television actor who acted in many television series including The Naked Brothers Band, Mr. Troop Mom, and Monk among others. What's more, he shared the screen with many Hollywood sensations like Allie DiMeco, Dwayne Johnson, and Jack Black. 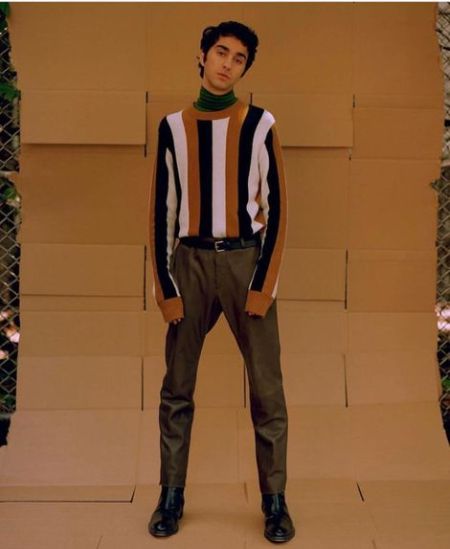 Take a look at the Interview of Alex Wolff talking about the horror movies;