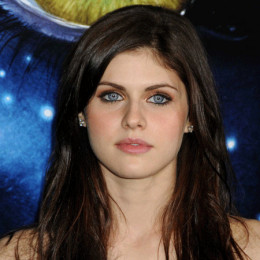 American actress and model who is widely known for her role as Blake in San Andreas. She is a daughter to Christina, a lawyer, and Richard Daddario, a prosecutor. She attended Marymount Manhattan College. When she was just 11 years old she was determined to be an actress. As a result when she turned 16 years old she started her career staring as troubled teen Laurie Lewis in the TV soap opera All My Children. In 2010 she got her first lead role in a movie named "Percy Jackson & the Olympians: The Lightning Thief". Beside movie, she has also appeared in TV series. In 2014 she was starred as Lisa Tragnetti in four episodes of True Detective which is broadcasted from the HBO.

Alexandra Daddario made her TV debut at the age of 16. Her first major breakthrough was Annabeth Chase in 2010. Some of her notable screen credit includes Burying the Ex, True Detective, The Choice,  The Layover and others.

Alexandra Daddario's estimated net worth is $8 million. The main source of her income is her acting career. On average, she made $200k+ per episode from TV series and hefty sum from movie appearances.

Alexandra Daddario is possibly single at the moment but previously, she engaged to Logan Lerman in 2016. But due to some personal issues, the couple called off their engagement.

Daddario was spotted kissing The Beat host Ari Melber after a lunch date at Malibu in August 2018. The pair was first spotted together celebrating LA-based comedian Richard Lewis' 24 years of sobriety.