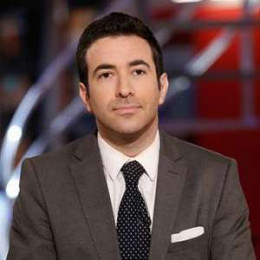 Ari Melber is a television journalist, who currently serves as the Chief Legal Correspondent for MSNBC. He mainly covers news about the current legal issues, like the DOJ, Supreme Court, and FBI. He is also the substitute host of MSNBC's 'The Rachel Maddow Show' and 'The Last Word with Lawrence O'Donnell.' Melber is also a political commentator. After he graduated with a bachelor's degree in political science he moved to Washington D.C and worked for Senator Maria Cantwell and later for John Kerry. Wanting to study law he joined Cornel Law School; here he was the editor for Cornell Journal of Law and Public Policy.

Ari Melber was born on March 31, 1980, in Seattle, Washington. He holds an American nationality and belongs to the white ethnicity.

Melber is popularly known as the renowned journalist of NBC News.

Melber completed his graduation from the University of Michigan in political science. After completing his schooling, Ari moved to Washington D.C. where he worked for John Kerry's presidential campaign.

After graduation, Melber worked for First Amendment lawyer from 2009 to 2013. He also served as a political column writer for various news outlets such as; The Nation, The Atlantic, Reuters, and Politico.

In April 2015, MSNBC asked him to serve as a guest host which eventually blossomed into being named there Cheif legal Correspondent.

Melber is currently single but previously he was married to Drew Grant, a pop culture reporter at the New York Observer.

He is quite secretive regarding his personal life and doesn't like to open up about his private stuff to media. So, he never mentioned the marriage date nor the divorced date.

However, it was rumored the duo first met in 2010 through a social event. The couple hasn't any children.

Sources reported that Melber is currently dating When We First Met actress Alexandra Daddario. The duo was first spotted together in August 2018 after having lunch together at Cuban restaurant Cafe Habana Malibu.

When the actress sat in the driver's seat of her car, the 38-year-old American journalist leaned towards her for a romantic kiss.

The two were first encountered together while attending LA-based comedian Richard Lewis celebrating an impressive 24 years of sobriety.

The 5 feet 11 inches tall anchor has earned a decent amount of net worth from his journalism career. However, he never talked about the exact figure of his net worth.

Drew Grant is a journalist by profession and she has been working for the New York Observer.