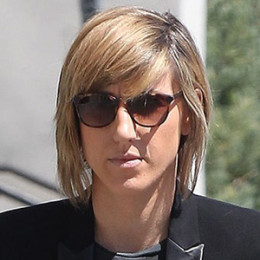 Alicia Cargile was born on January 1, 1991. She is an American and belongs to white ethnicity.

Cargile began her career working in the entertainment industry Zoic studios as a design coordinator in 2009. She was soon promoted to the administrative position. Afterward, she produced the FX for the companies like Company 3 and Sunset Editorial. At Sunset she got an opportunity to work with artists like Kesha, Maroon 5, Atlas Genius and Alicia Keys.

In 2013 she joined the Nomad Editing Company, Inc. as a VFX producer. During that time, she served as a visual effect producer on the historical drama Kill Your Darlings featuring Daniel Radcliffe.  Her career as a visual effects producer and coordinator eventually flourished after that.

Later in 2015 Cragile started working as a personal assistant of the popular actress Kristen Stewart. As she had worked as an assistant for many other celebrities the job was nothing new for her.

Cargile is openly lesbian and was once in a romantic relationship with the famous star Kristen Stewart. The duo started dating since 2015 whereas Stewart made their relationship public in 2016 via the interview with ELLE UK. While they were still partners, they were often spotted spending quality time together.

The couple shared a romantic time but seeing Stewart dating other women seems like the duo is no longer together. As of now, Cragile is not involved in any affairs and is focusing on her career.

As a visual effects producer, Cragile certainly earns a huge amount from her career. As she handled major projects her net worth is possibly not less than a million.