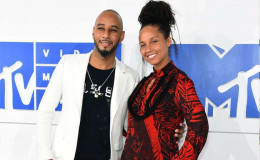 The fifteen-time Grammy award winning singer Alicia Keys is a married woman. She has to live a blissful married life with her husband and sons.

The couple got married in 2010 and is living a blissful life together since then.

Alicia spotted with her Husband and son in New York

The Girl on Fire singer is recently spotted in New York (28th April) along with her hip-hop star husband Swizz Beatz and elder son Egypt. 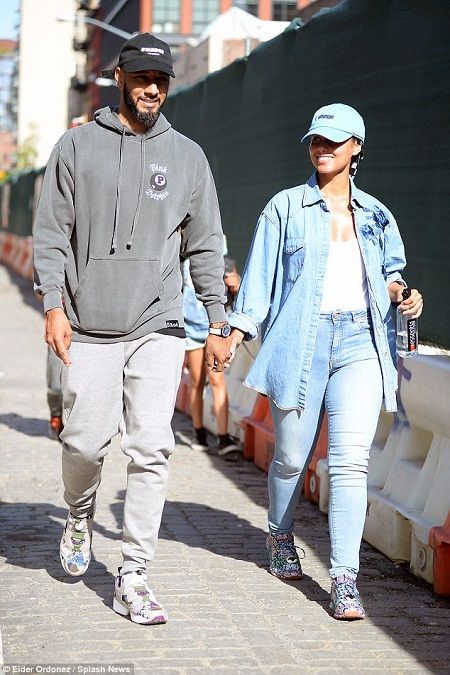 Alicia rocks on Denim along with her husband, Source: Daily Mail

She looked stunning in an airtight pair of high-waisted faded jeans and a matching jacket.

She had popped a pale blue baseball cap onto her head and slid into a white top with a plunging neckline, added a pop of color by way of her shoes.

Like Alicia, her hubby also impressed us with his fashion statement as he teamed a gray hoodie with a black and white baseball cap and pearl gray sweats.

The couple was holding one another hand along with their son. 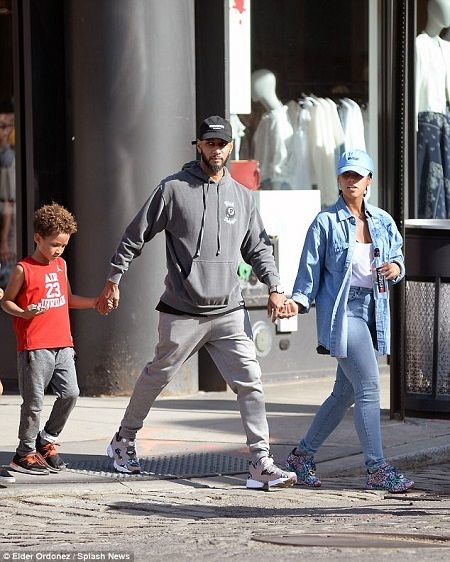 Alicia with her husband and son walking in Manhattan, Source: Daily Mail

The pair's cute PDA's were too sweet to handle. They were seen hugging, kissing and giving all of us some serious relationship goals. 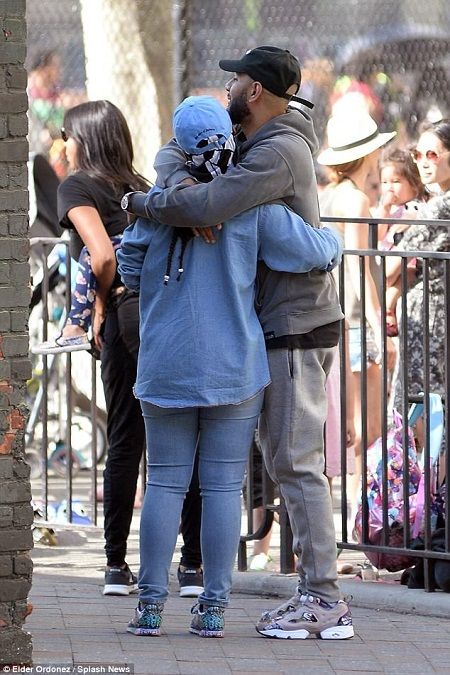 Alicia and Swizz hugging one another, Source: Daily mail

Alicia and Swizz's love story is modern fairy tale kind of romance where a good girl singer softening the heart for a bad boy rapper. It looks like the classic "opposite attract" scenario. 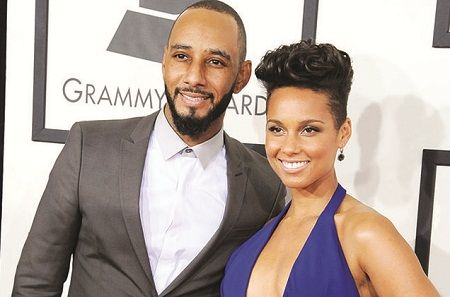 Swizz and Alicia at the 56th Grammy Awards on January 26, 2014, Source: Billboard

Alicia first met Swizz when she was 16-year-old and Swizz was 17. According to an insider, they were introduced by a mutual friend.

But that time they don't fell for one another. Talking with Marie Claire, Alicia told,

"Honestly, at that time I didn't really like him, I thought he was too ostentatious."

"Everything with him is really over the top. I used to see him and think, he is so annoying."

However, eventually, their hatred relationship turned into a beautiful love story.

Thank you @brooklynmuseum for a magical night. The first time my ??and I were honored together. Cheers to the artist in us all painting and creating the world. Challenging and breaking through, questioning and expressing! Our best work is ahead of us!! Shine!???? #bkartistsball

The duo was very private regarding their relationship that's why no one has an idea when the couple actually started dating.

Nevertheless, as per reported, the duo started their affair in 2008.

Their love life wasn't an easy one because when the two were together, Swizz was still married to his ex-wife singer Mashonda.

But despite all this scandal, in 2010 pair confirmed they were engaged and after a certain time of engagement duo officially got married. 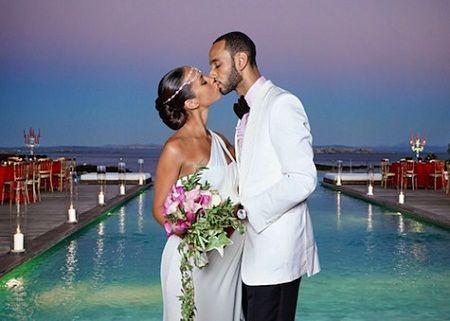 Alicia and Swizz kissing one another during their wedding days, Source: Ramp-up

It's been almost 9 years of their togetherness and still, their marriage is going strong.

Recently, on April 28 due to the promotional event of her new album, the 36-year-old singer said, she and her husband like to surprise each other and goes on secret weekends date.

Often in an interview, Swizz appreciate his wife's hard work and dedication towards work.

Swizz Beatz is an American Hip hop artist who was born on 13th September 1978 in New York. He began his musical career at the age of 16 years. 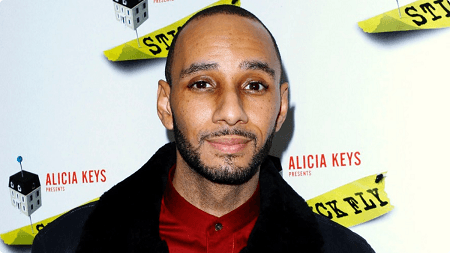 He has given us many wonderful songs like  "My Drink n My 2 Step", "It's Me Bitches" and "Money in the Bank" and much more.

Check out the video below;

Well, we want to wish both Alicia and Swizz all the best for their upcoming projects.