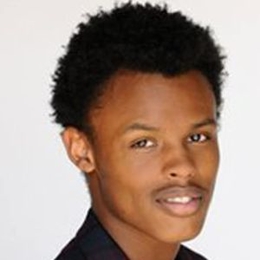 Amir Mitchell-Townes is a talented actor who is best known for playing the character of Isaiah "Zay" Babineaux in the Disney show "Girl Meets World." Also, he releases various music under his rapper name 'UHMEER.'

Amir Mitchell Townes is the child of DJ and actor Jeffrey Allen Townes aka DJ Jazzy Jeff and his former partner Kim Mitchell. So, Amir, in addition to being a celebrity himself, is also a celebrity kid. 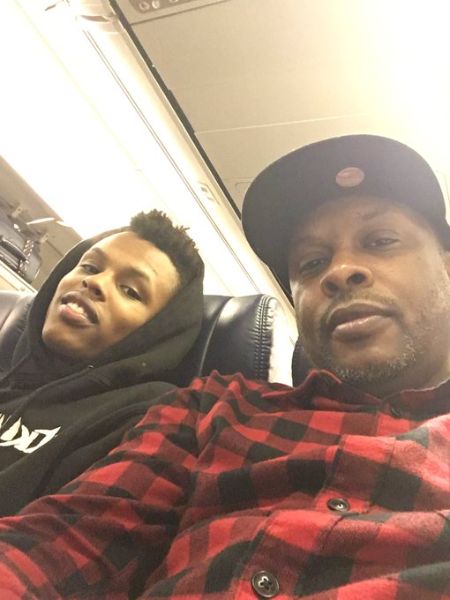 Amir, however, while growing up, did not realize the celebrity status of his father. He knew that his father was an actor and record producer, but he did not realize how big of a star he was. In an interview with Rolling Out in 2015, he stated:

“It was like he’s on a show and he’s performing. That was normal. That was my normality for so long. When I was conscious enough to realize that that was perceived as extraordinary. That’s when I really started to grasp it more.”

Mitchell Townes did not realize his father's superstar status in large part because his father's mega-hit show "The Fresh Prince of Bel-Air" finished airing three years before he was born. In the show, his old man played the character of Jazz, the best friend of Will Smith. 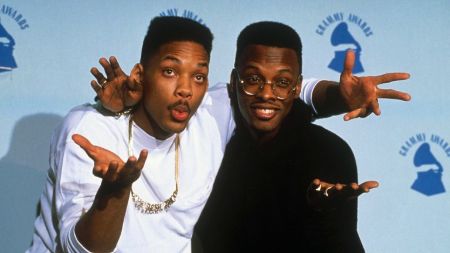 Will Smith and Jazz of "The Fresh Prince of Bel-Air" are friends in real life as well. SOURCE: Culture Trip

Not only in reel life but also in real life, Amir's father and megastar Will Smith are close friends and former band members. In the summer of 2019, "Aladdin" star sent a heartfelt message for Amir's father. In the Instagram post, he wrote:

"I've had nightmares before just imagining what my life would have been like without @djjazzyjeff,"

Now, as the news has broken that DJ Jazzy Jeff has Pneumonia and is suspected of having coronavirus, there is no doubt Will Smith is providing emotional support to his friend.

Amir and "Punk'd" actress Sabrina Carpenter worked together in Disney Show "Girl Meets World." back in 2014. In the show, the young starlet played the recurring character of Isaiah "Zay" Babineaux, whereas Sabrina played the lead Maya hart.

During the show, reports started coming that these two Pennsylvania natives are dating. The rumors were so strong that one of the fans even asked Rowan Blanchard, who plays Riley Matthews in the show about the alleged affair. The actress denied the rumors and told the fans that her co-stars are not dating. 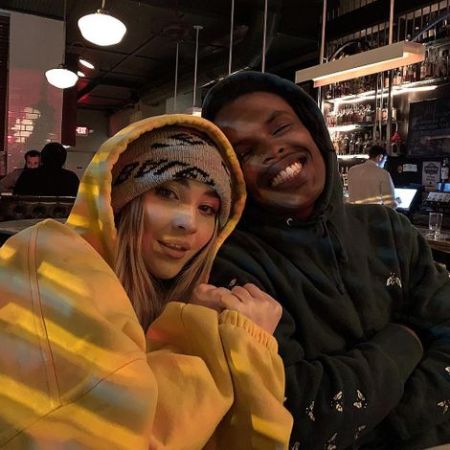 For a while, rumors subsided, but in 2019 the link-up rumors again began as pictures of these two former stars started to appear on social media. Not only that, but they also looked super cozy with one another in the photos.

This time also there were no comments from the young starlets. However, sometime later, they released a single Hold Tight. After the release of the song, rumors were gone as people assumed that all the photos were during the time they were working on their single.

Does Amir Mitchell-Townes Have A Girlfriend?

Amir is pretty active on social media sites such as Instagram and Twitter. In these sites, there is no hint that suggests he is in a relationship; thus, it is very likely he is single at the moment. It seems like the young actor is currently more focused on his studies and career than anything else.

Amir Mitchell-Townes Career and Net Worth

Amir may be just twenty years old, but he has several work experiences in various fields. From all his professional work, he is able to accumulate a total net worth of $150,000.

Career As A Actor

Amir started acting in 2011 with a cameo role in the popular TV series "Glee." After that, he took a break and returned to the television screen only in 2014 with the series "Person of Interest." 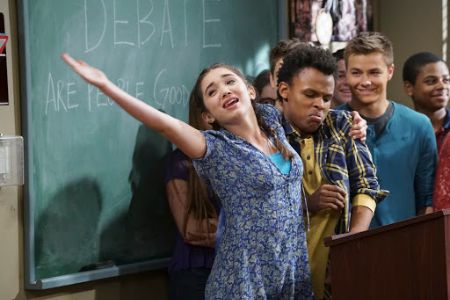 After that show, the 1.67 m tall actor worked in "Girl Meets World" which provided him recognition as an actor. In the show, he played the character of Isaiah "Zay" Babineaux, a trouble-seeking funny guy with a heart of gold. His comedic timings were highly appreciated, and he became a teenage heartthrob just like his co-stars Corey Fogelmanis, Cecilia Balagot, and Peyton Meyer.

After the show ended in 2017, Amir again went on a hiatus. He will be next seen in the movie "Puzzled," which is currently in a post-production phase.

Career As A Musician

Amir's parents loved music; thus, he grew up listening to all kinds of music. But eventually, he was more attracted to hip hop and started rapping and releasing music under the rapper names AMIRacle and UHMEER.

Till now, the actor/musician has released a 7-track LP titled 15 North Dakota and many singles. His latest single is Getaway, which features Full Crate and Latanya Alberto. 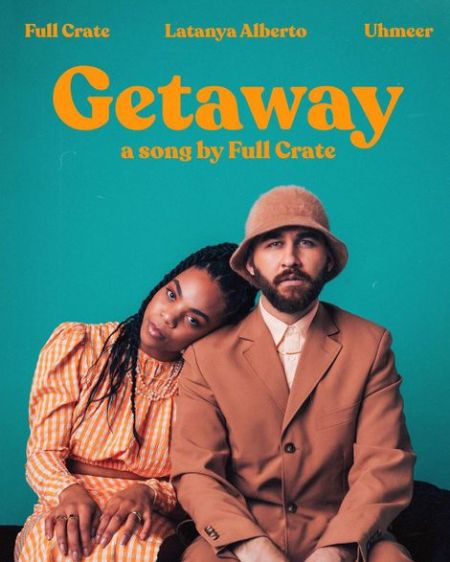 Also, there is a chance of a collaboration between Mitchell Townes and Will Smith's children Willow Smith and Jaden Smith, in the future. In an interview, the young rapper stated that he has discussed the collaboration with Smith Children but has never got around to doing it.

Aside from working his music and acting career, Amir is also working on music videos as an actor. Only in October 2021, Townes worked and feature on Liltrxptendo's music video for Running Outta Time. Not to mention, Amir prefers using Uhmeer as his pseudonym as a singer.

Amir's father is a Grammy award-winning record producer and DJ. In addition to that, he is also an actor and comedian. As of 2020, his net worth is estimated to be $8.5 million. 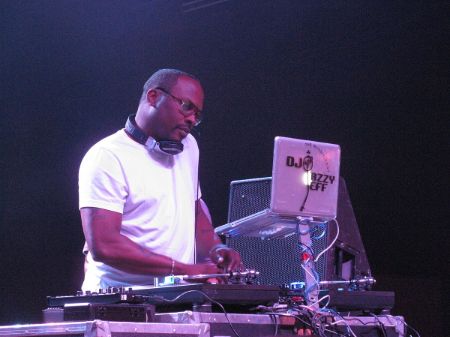 Amir Mitchell Townes's father, DJ Jazzy Jeff, is a record producer and DJ with networth in the millions. SOURCE: Wikipedia

It is speculated that Mitchell Townes might get some of Jeff's fortune alongside his half-brother Cory Townes and Jeff's current wife Lynette C. Jackson.