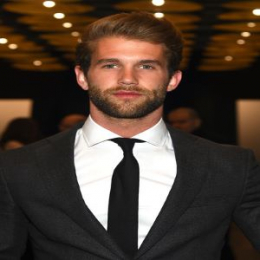 German model Andre Hamann is an internationally renowned model and entrepreneur who worked for GQ, Men's Health and Esquire. He is made an appearance in the eleventh season of Germany's Next Top Model.

Who is Andre Hamann's Girlfriend? Know About His Dating, Affairs, Rumors

Andre Hamann is currently dating his girlfriend, Justin Julia Pezzoni. Justin is a German model who works for PROMOD MODEL AGENCY/PMA. Recently, Hamann took to Instagram to share a snap with his beau enjoying the vacation together in Mallorca. Care to have a look!!!

Andre and Justin started dating back in the year 2018 and henceforth are inseparable. Moreover, the couple often shares the photos showing off their affection. Hamann first opened up about his relationship via Instagram by posting a snap cuddling together with the model in August 2018.

Andre has a big crush on a Canadian actress and activist, Rachel McAdams. What's more, he even considered Rachel as his wife in next life via a tweet on 23 Feb 2014.

My wife in my next life pic.twitter.com/gkSaWMCswR

Andre is also a flirty Instagram friend of The Heart Want What It Wants singer Selena Gomez. The 31 years old model posted a song on Instagram for Selena Gomez's birthday, and she responded saying, "Thank you, made my night."

Andre is currently living a luxurious life with the love of life, Justin. Furthermore, the couple is sharing a strong bond with no sign of break up. In the past, there didn't come any news regarding controversies and rumors.

How Much Is The Net Worth Of Andre Hamann?

Andre Hamann holds the net worth around $2 million. He garnered this wealth from his lucrative career as a model and digital influencer. Besides, the average salary of a model is $42,180. So, considering his career graph, he earns the same digit of wages like any other model.

Hamann started his modeling career back in 2010 on the recommendation of a photo model. Meanwhile, Andre works as an International model for the Hugo Boss and Calvin Klein, Men's Health, GQ, Cosmopolitan, Esquire and Vogue.

The internationally-renowned model also collects a big buck as the co-owner of the online boutique Haze and Glory. Haze and Glory is a website which sells both men and women clothing apparel as well as other accessories like rings, bracelets, and so on.

Hamann even owns a YouTube channel named Andre Hamann with more than 5,104 subscribers, which surely helps him to earn money. Likewise, he also does collab videos with many other famous bloggers. Similarly, digital influencer Andre gets $2,212.5 - $3,687.5 per promotional post on his Instagram account. 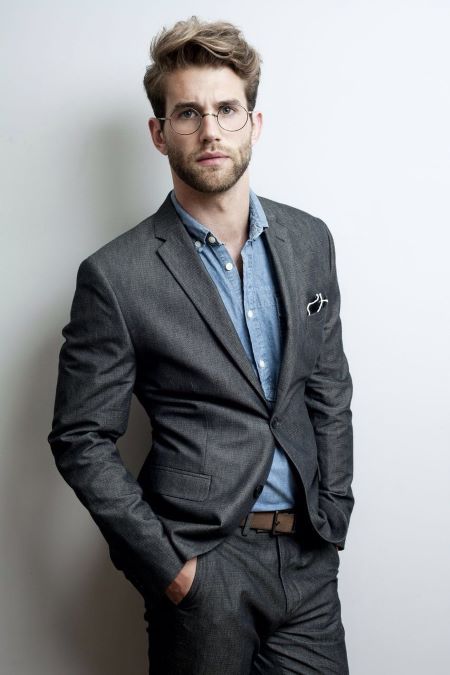