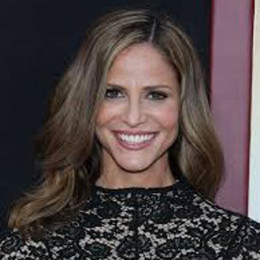 Andrea Savage is an American actress, comedian, and writer. She is best known for her work on TV series such as Step Brothers, Dog Bites Man, Veep, and The Hotwives. In 2017, she created and starred in the semi-autobiographical TruTV comedy I'm Sorry.

Andrea Savage was born Andrea Kristen Savage on February 20, 1973, in Woodland Hills, California, U.S. She is the eldest daughter of Sharon Lee and Richard Savage. She grew up along with her younger brother and sister.

Andrea Savage began her career performing stand-up comedy at The Improv, The Comedy Store, The Ice House, and many other venues at Los Angeles.

Savage entered the acting field portraying the role of Gertie Fitzpatrick on Song of the Sea in 1995. She was then seen as Renata Vargas on comedy series Sweet Valley High in 1996. 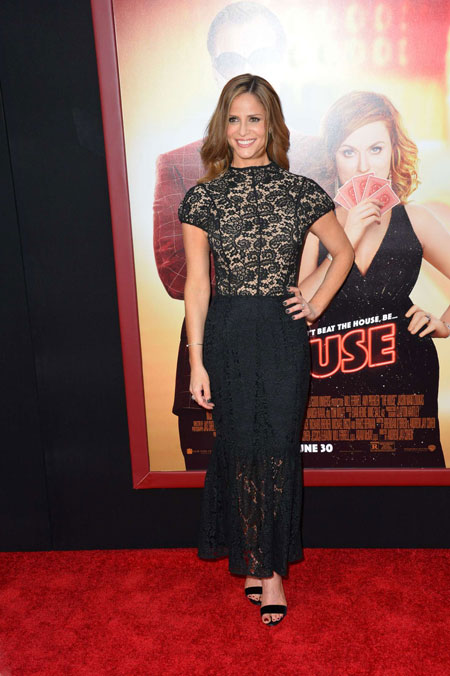 During the time she also performed at The Groundlings Theater. Her incredible performance in the series led her to an opportunities to perform in many more films and TV-series.

Savage was seen in the films and series such as Suddenly Susan, Stark Raving Mad, In-Laws, and Good Morning Miami. Afterward, she starred in Significant Others and Dog Bites Man followed by Step Brothers and The Grand.

In 2010, Savage made her return after a year of a gap with the film Dinner For Schmucks. Likewise, she was cast in The Strip and Wilfred followed by Funny or Die Presents, which she created by herself. She was then seen in Party Down for Starz.

Savage made her directorial venture in 2012 with PSA’s Republicans Get in My Vagina!, which was featured on Real Time with Bill Maher on HBO. The film eventually became one of the hit videos of Funny or Dies.

Besides, Savage is also a writer and wrote a TV pilot for ABC/Sony in 2013, which was produced by Jamie Tarses. Later, she landed the lead role in the FOX pilot Rebounding and NBC’s Lies & The Wives We Tell Them To.

Furthermore, Savage made her guest appearance in hit comedies like Modern Family, House of Lies and The League.

Savage made her appearance in the Hulu original series The Hotwives of Las Vegas in 2015. She was cast alongside Danielle Schneider, Tymberlee Hill, Angela Kinsey, Kristen Schaal, and Casey Wilson. In 2016, she was cast in the series Veep and Drunk History. Recently she created and featured in I’m Sorry, the semi-autobiographical comedy aired on TruTV.

Savage, 46, is most probably single at the moment while many people still consider that she's married to her on-screen husband Tom Everett Scott.

During a Q&A session at the Season 2 premiere of 'I'm Sorry', she said,

"Spoiler alert, Tom and I are not actually married. We’re both happily married to other people, I’m sorry."

It’s me, Tom. I play your husband. https://t.co/HbnoQXhTtE

Savage dated actor, Chris Hardwick in 2002. However, their relationship lasted only for a year. The duo split up in 2003.

Despite their break, Savage defended her ex-boyfriend Hardwick amid allegations of emotional abuse and sexual assault by his ex-girlfriend Chloe Dykstra in June 2018.

She mentioned that she knew him for more than 15 years and he's the kindest, supportive and most intelligent person she's ever met.

Later, Savage married a Talent agent but hasn’t disclosed much of her husband’s identity. The duo dated for several years before the marriage. The couple is blessed with a beautiful daughter and is living a blissful and contented married life.

As a comedian and writer, Savage earns a decent amount from her career. Her current estimated net worth is $500,000.

Her movie, Step Brothers was a big hit. The movie grossed $128.1 million worldwide.