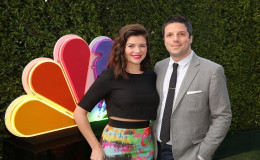 An American actress, Casey Wilson is married to her writer husband, David Caspe who has welcomed their second child recently.

Congratulation to the couple, Casey Wilson and David Caspe for their new born second child.

Casey, an American actress, and the wife of an American film and TV writer, David Caspe is now the mother of two children after welcoming their cute prematurely born baby.

To know more about the couple, their relationships and about the newborn baby stay with us!!!!!

Children are the beautiful gift of nature. So, how would the couple deny it? Only after certain months of their marriage, the couple became parents of their first child in May 2015 and named him Maz Caspe.

Similarly, after few months Casey and David announced that they were again expecting their second child.

Mother and her child.

Casey flaunted her big baby bump in many places and even in her pregnancy time, she used to look so gorgeous and sexy at the.

She gave birth to their next child one month before her due date, however, even after the premature birth, the baby is fit and fine and they named him Henry Caspe.

Again a huge congratulation to the couple.

Dating for almost two years after meeting in early 2010, the couple decided to take their relationship to the next level and got engaged.

The couple married in May 2014 at the Ojai Valley Inn in Ojai, California which is two hours north of Los Angeles. They married in an intimated private ceremony in a traditional Jewish ceremony.

The ceremony was attended by their families, close relatives including their close friends with more than 170 guests. Moreover, they also gave tribute to the fellow couple, Kanye West and Kim Kardashian whose grand wedding stole the show. 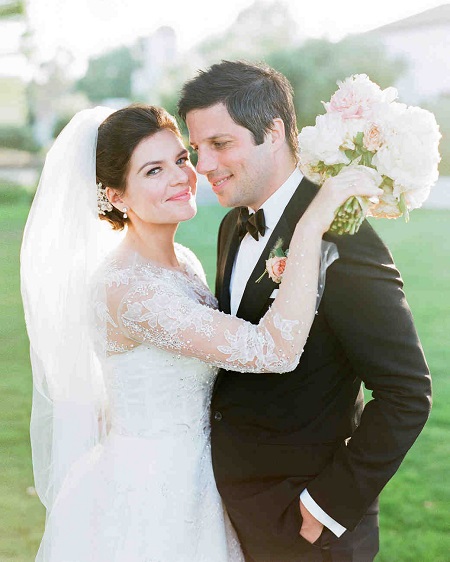 A picture from their wedding, Source: Matha Stewart Wedding

As per Casey, '' David and I couldn't have been more excited to celebrate our special day with all of our closest friends   and family.''

Both the bride and groom were looking gorgeous with the traditional Monique Lhuillier gown with lace sleeves and Jimmy shoes by Casey and black suit by her husband.

It's an honor to not even be eligible #EmmyWeekend

From the date to till today they are together and living their married life happily. 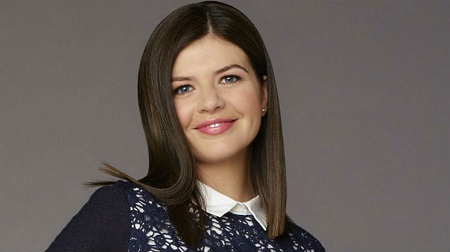