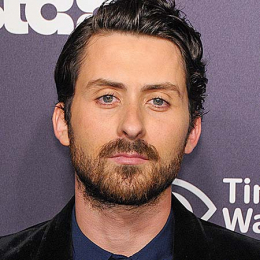 Rising actor, Andy Bean came to prominence after playing the role of adult Stanley Uris in the upcoming movie "IT chapter Two". He is also popular for his role of FBI agent Greg Knox in TV series Power and Henry Bergen in Here and Now.

Is Andy Bean in a Relationship? Know More about his Personal Life

Andy Bean is in a committed relationship with young LA-based music artist Lizzy Cuesta. In fact, it is speculated that the couple is already engaged after Lizzy addressed Andy as fiance in one of her Instagram posts. The couple, however, hasn't confirmed officially anything about their engagement.

Just as I always suspected, my fiancé is #swampthing

The exact date of the start of their love affair is not known however Andy confirmed their relationship in an interview with Hellogiggles in January 2015. Furthermore, the couple walked together in the red carpet for the premiere of Andy’s movie The Divergent Series Allegiant.

The handsome hunk seems to enjoy singing and did a cover of the Bruno Mars song with his singer girlfriend. Similarly, they also love to sings the songs of other popular singers.

What is Andy Bean Net Worth?

Andy Bean net worth is around $1million which he amassed through his work on Television and films including TV shows Power and Here and Now. The regular cast member of a TV show in the USA on average earns $35,000 per episode and thus his work on TV show earned him millions. 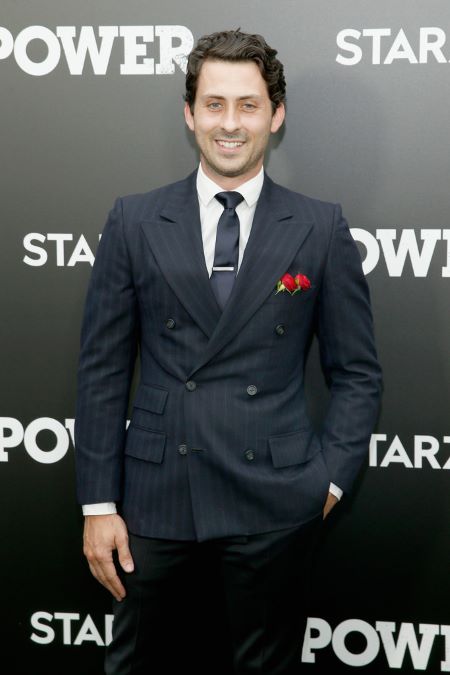 Actor Andy Bean at the premiere of his show Power.
SOURCE: Zimbio

Andy Bean increased his profile as he was part of megahit movie Transformers: the last knight which earned $605.4 million against the budget of $260 million and Allegiant which earned $179.2 million. Also, he is playing the role of adult Stanley Uris in the highly anticipated movie It Chapter Two which stars James McAvoy, Jessica Chastain and Bill Hader in major roles.

The actor also generates a good fortune of the sum from brand endorsements and other public events. Moreover, he is engaged in social work and charities. He also pets two bulldogs named Belle and Mailbox which cost $1,500 to $4,000 at the market.

On the other hand, Andy Bean partner Lizzy Cuesta's net worth is around $100,000-$500,000. She is the daughter of, Chris Loeb, who is considered as one of the best jazz guitarists and Carmen Cuesta.

Andy Bean was born as Andrew James Bean on October 7, 1984, in Chicago Illinois to parents James Bean and Theresa Rybarczyk Bean. He grew up in Carrollton, Texas and attended Newman Smith High school.

He developed an interest in acting very early in his life and thus joined the acclaimed Quad C theatre Program of Collin County Community College, Plano Texas. He participated in many theatres during the college and got nominated by the Kennedy Center/American College Theater Festival (KCACTF) for excellence in performance and design.

He moved to New York after college to pursue theatre and later move to Los Angeles, California for acting projects. He started with small roles and gain popularity with the role of FBI agent Greg Knox in TV series Power and the year 2019 seems to be monumental for the actor as his two anticipated projects IT: Chapter Two and Swamp Things are lined up for release.