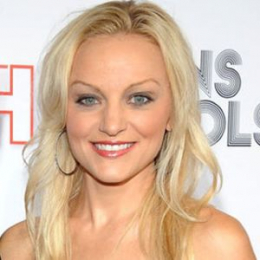 The writer Angela Unkrich is known in public as the wife of actor Alfonso Ribeiro. However, less is known about other aspects of her life. Where is she from? How did she meet the actor?

Angela Unkrich is happily married to "Fresh Prince of Bel-Air" actor Alfonso Ribeiro. The couple tied the knot on October 13, 2012, at the Lakeside Golf Club in Burbank, California. 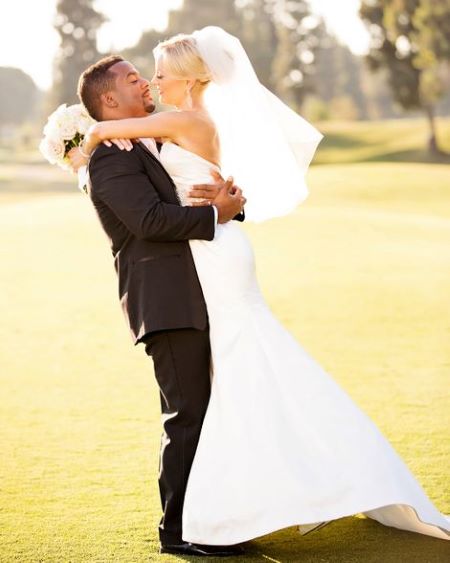 Angela Unkrich on her wedding day.

The groom opted for a black tuxedo with white waistcoat and white tie. On the other hand, Angela was looking stunning in her strapless Rivini gown and a short white veil. Judith Ripka Brides jewels even more amplified her beauty.

The wedding was a lavish event with an attendance of over 175 family and friends. Stars such as Will Smith, Joey Fatone, David Justice, Ricky Schroder, and Tatyana Ali also blessed the couple with their presence.

The wedding included usual festivities such as exchanging vows, cutting cake and dances. The newly wedded also showed off their dance skills on the dance floor; however, there was no Carlton dance. Carlton dance is the viral dance that was performed by Alfonso Ribeiro's character Carlton Banks in the series "The Fresh Prince of Bel-Air".

Check the Carlton dance in the video below:

The nuptials happened after three months of their romantic engagement. Alfonso popped the question at a yacht in Lake Tahoe on July 2012.

Well, the engagement happened after a year of dating. The couple first met in 2011 at a hotel in Beverly Hills. Alfonso was mesmerized by her on the first sight only and wanted to go on a date with her.

He thought Angela would readily agree to go on date as he was a popular actor. However, to his much dismay, Angela was unaware of his popularity. Angela opened about their first meeting in an interview with Yahoo Lifestyle and said:

“I didn’t know who he was at the time. He told me he was a director which you were. And I was very much in the ‘I don’t want to date anyone in entertainment."

Alfonso did not give up easily and tried very hard to make her agree on the first date. She reluctantly agreed for the date, but she was planning on bailing early. However, much to her surprise, she started enjoying his company. Furthermore, the actor was also surprised that they have a lot common than he thought. He knew in the first meeting that he had found his soulmate.

The couple is now married for over six years, and the bond between them is only getting stronger. There is no news of separation as well.

Angela and her husband started their family soon after the wedding. They welcomed the first child, a son Alfonso Lincoln Ribeiro Jr in 2013.  After a year, Alfonso Riberio announced that he is expecting his second child with wife Angela at "Dancing with the Stars" stage. He said:

"My son, it's his first birthday today, so I'm so happy that he's here with me. And as a wonderful present, my wife and I decided to get him a little brother or sister. We're having a baby! I wanted to announce it here on the show because I just wanted to say thank you to all the fans and say I love my wife".

Angela and her husband's second child was born in 2015 and was named Anders Reyn Ribeiro. The couple wanted a large family, so they expanded their brood.

In November 2018, the pair announced that they are expecting a third child. They reveal the pregnancy through Instagram and Twitter.

After the pregnancy news broke, stars such as Justin Timberlake, Jenna Johnson, Kym Johnson Herjavec and Hayley Erbert wished all the best to the expecting parents. The couple welcomed third child, a daughter Ava Sue Ribeiro on May 13, 2019.

Angela's did not have any public relationship before Alfonso Ribeiro. However, her actor husband was previously married to Robin Stapler from January 2002 to August 2006. They share the joint custody of a daughter Sienna Ribeiro, who is now a teenager. Angela is close to her step-daughter Sienna as well.

Unkrich lives an active lifestyle. She was a former Springboard Diver & Gymnast and can do handstands. Furthermore, she has played basketball, volleyball, softball, and participated in track as well. Her passions are traveling, cooking, DIY projects, playing golf, working out, and spending quality time with my family. She has, in total, traveled to more than 85 countries. Unkrich is also a big Chicago Cubs fan. 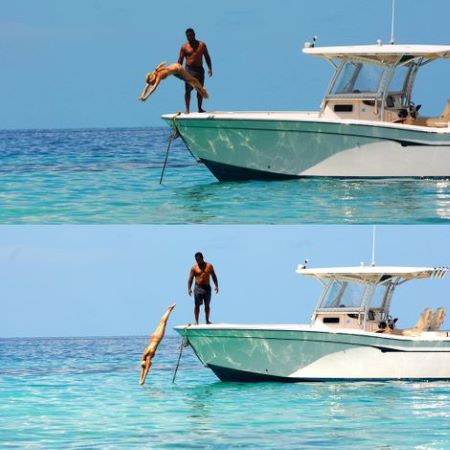 Angela is a person of many talents and has worked in different position all her life. In addition to that, she is also the wife of a multi-millionaire. 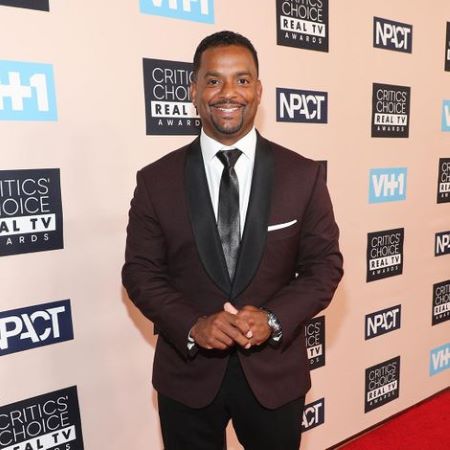 Angela currently runs a blog named "mymommyhoodtales". In the blog, she writes about her parenting experience and her favorite child products and family travel. On average, a blogger earns $19 thousand-$79 thousand a year.

The blogger previously worked as screenwriter’s assistant, diving coach, and private jet flight attendant. In addition, she also appeared in the TV shows "I'm a Celebrity, Get Me Out of Here!" and "Home and Family" as a guest.

Angela Unkrich husband is Alfonso Ribeiro, who is an American actor, director, dancer, and TV personality. He holds the total net worth of $7 million.

Alfonso is the most popular for his role of Carlton Banks in "The Fresh Prince of Bel-Air". He was in the show for six years for 147 episodes. Similarly, he also played significant roles in "Are We There Yet? and "Things We Do for Love".

Ribeiro owns multiple real estate properties all across the United States. He holds a house in Granada Hills, California that is worth $1.9 million. The house consits of an outdoor barbecue, pool house, swimming pool, basketball court, and eight bedrooms and nine bathrooms. 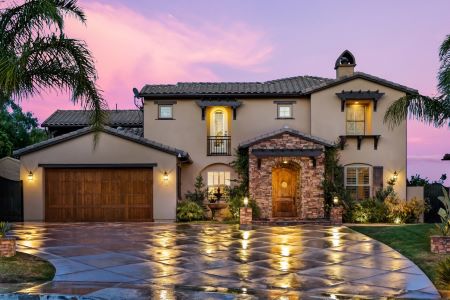 The star previously sold his house at Toluca Lake, California for $1.5 million. The house is located in 3,941 square feet of land and consits of 5 bedrooms and five bathrooms. 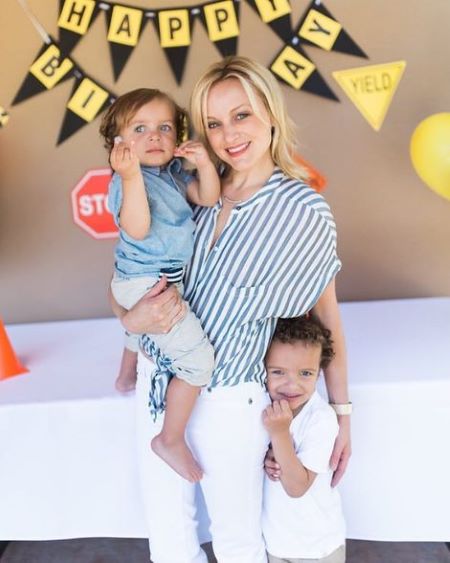 Angela Unkrich with her children.

Alfonso Ribeiro is an actor. they first met at a Beverly Hill hotel in 2011. They dated for a year and engaged in 2012.

Alfonso Lincoln Ribeiro Jr is the first child of Alfonso Ribeiro and Angela Unkrich. He has two siblings and a half-sister.

Anders Reyn Ribeiro is the second child of Alfonso Ribeiro and Angela Unkrich. He has two siblings and a half-sister.

Ava Sue Ribeiro is the third child of Alfonso Ribeiro and Angela Unkrich. She has two siblings and a half-sister