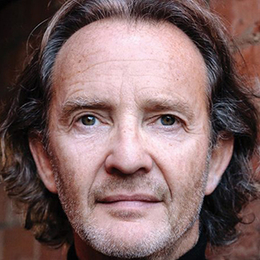 The man behind the famous the character Qyburn from the HBO's series, Game of Thrones is non-other than talented actor Anton Lesser. Along with the HBO's hit series, he also worked in several famous projects including Endeavor and Wolf Hall. Apart from his professional life, he is married and shares two kids with his wife.

Anton Lesser exchanged the vows with Madeleine Lesser after dating for months.

The soulmates share two kids, a son, and a daughter. Their son is Harry Lesser whereas daughter is Lily Lesser who is an actress by profession. Lily also appeared in the TV series, ''Endeavor'' and ''Wolf Hall'' along with her father. 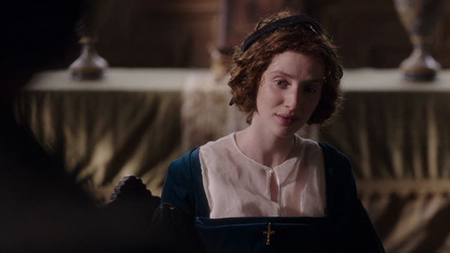 Anton Lesser Has An Impressive Net Worth

Anton Lesser has the net worth of around $2 million. He is making a huge amount from his long span of an acting career.

The star worked in several movies which made a good collection at the box office. Some of them include:

Lesser's Journey To Game Of Thrones

Lesser earned the role of Qyburn in the HBO's hit TV series, ''Game of Thrones'' after auditioning for three times. He started appearing the series from season three with Emilia Clarke, Kit Harington, and Lena Headey among others.

Regarding his character, Qyburn was the former maester who was thrown out for conducting illegal human experimentation in the Citadel, the headquarter of the Oder of Masters. Later he went for Cersei's service where he became Varys's replacement as Master of Whisperers. In the last season of the series, the character Qyburn was killed by Mountain.

When the star was asked about his journey, he told,

''Well, because I'm quite a peripheral character and I never know what's going on either prior to my apperance or after. I'm always having to find out what's going to happen to me and inevitably there's somebody who's read all the books and they say, 'oh what you playing' and I say Qyburn, 'Ahh Well you know what's gonna happen to you.''

For more detail, check out the interview video:

Along with the Game of Thrones, he also worked in numbers of TV series. One of his popular roles includes Reginald Bright in  British television detective drama series, ''Endeavour.'' He is working with Shaun Evans, Roger Allam, and Sean Rigby among others since 2013.

Some Interesting Facts About Anton Lesser

For more celebrity bio, news, and article, stay on our page marriedwiki.

Anton Lesser is married to Madeleine Lesser. They said I do after having an affair for months.

Lily Lesser is the only daughter of Anton Lesser and Madeleine Lesser. She followed the footstep of her father and became an actress.

Harry Lesser is the only son of Anton Lesser and Madeleine Lesser. He keeps himself far from the limelight.