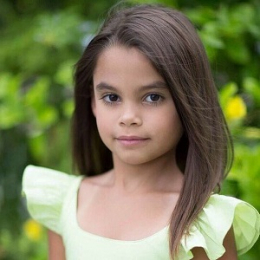 Ariana Greenblatt is an American child actress who is making a mark in movies and TV series. She is known for playing the character of Daphne Diaz in the TV series 'Stuck in the Middle' and also for playing the role of Young Gamora in the movie 'Avengers: Infinity War'.

The 11- year-old Ariana Greenblatt is notoriously private about her personal life. She mostly uses her Instagram account which has over 1.5 million followers to share about her professional activities. However, she occasionally shares pictures of her older brother Gavin Greenblatt.

Greenblatt moreover is really focused on her work as her four big studio movies are currently in post-production or filming stage. She is part of the movie The One and Only Ivan with stars  Bryan Cranston, Angelina Jolie, and Helen Mirren. In addition to that, she will be part of movies such as Monster Problems, Scoob and In the Heights.

What is Ariana Greenblatt's  Net-worth? Know more about her Earnings and Salary.

Ariana Greenblatt's net worth is $400 thousand- $500 thousand which she amassed through working in the entertainment industry since she was seven years old. She started her career with minor roles in TV series such as Liv & Maddie and Duda Brothers.

Ariana, however, gained maximum recognition when she played the role of Daphne Diaz in the TV show Stuck in the Middle from 2016- 2018. On average, a child actor earns $5,258 - $10,000 per week depending on the budget and popularity of the show.

Ariana is now transitioning into movies and has already been part of two high profile projects. She played the character of Lori in the movie A bad Moms Christmas in 2017 with stars such as Jay Hernandez and Mila Kunis. Similarly, she also played the role of young Gamora in the movie Avengers: Infinity Wars and shared screen with Josh Brolin.  Besides getting recognition from these projects, she is earning a nice amount as an actor is paid $3, 239  per week on average.

Ariana Greenblatt was born on August 27, 2007, in New York, United States. Her nationality is American and her ethnicity is Hispanic. Her birth sign is Virgo. 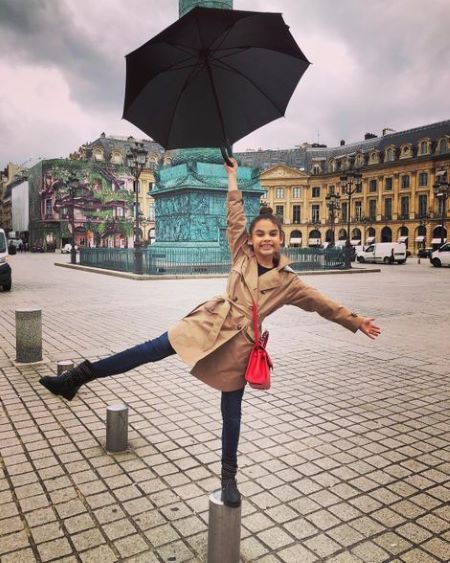 Ariana's father name is Shon Greenblatt and mother is Soli Greenblatt. She grew up with older Brother Gavin in Parkland, Florida but currently resides in Los Angeles, California, United States.