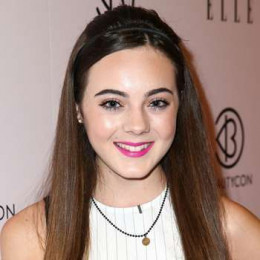 American actress and model, Ava Allan is known for her performances in Love Is All You Need? and True Jackson, VP. She is also a YouTube star as she uploads various fashion-related videos on her self-titled YouTube channel. Allan then made her appearances in the number of series as well as the movies including, Criminal Minds: Suspect Behavior, Susan’s Remembrance, It’s Complicated and many more.

Ava Allan was born Ava Gabrielle Allan on 1st March 2000 in Los Angeles, California to Kareen. She belongs to white-American ethnicity/race and holds an American nationality.

Allan has an elder sister, Alexi Blue is a famous instrumentalist, composer, singer, as well as a songwriter. During her early days, she was homeschooled and later joined the public school.

Ava Allan started her modeling career at the age of 6 after she spotted by a modeling agency on social sites. Her first modeling venture was with Disney. Then she appeared in the numbers of TV commercials for automobile brands like ‘Hyundai’ and ‘Nissan.’ 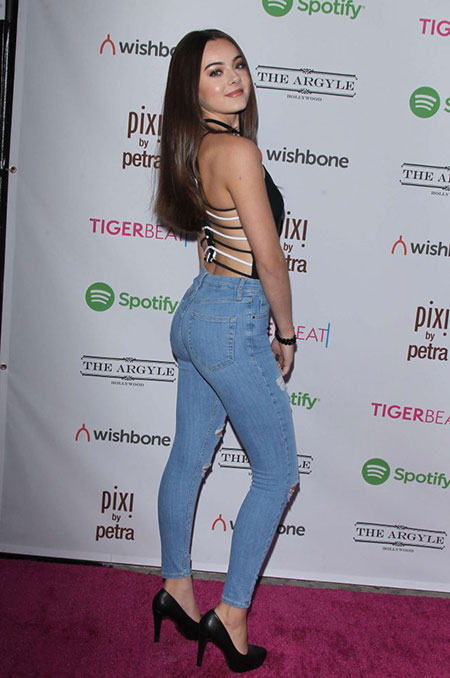 After did a few modeling assignments, Allan landed her career toward acting. She debuted with the American teen sitcom, ‘True Jackson, VP’ as Young Amanda. After that, she rose to fame and, subsequently interviewed at ‘Children of the Night, a popular charity event.

Allan then appeared in an episode of American television drama series, ‘Leverage.’ During this period in her career, she received modeling’s offers from several companies ‘Rovio,’, ‘Lalaloopsy,’ and ‘Doritos.’

suns out, tongues out

Allan shot with a popular whale, Shamu during her modeling venture with SeaWorld Parks & Entertainment and asked to work with the famous killer whale for a live show, One Ocean.

She associated with many popular brands including ‘Forever 21,’ ‘Justice,’ ‘Kohl's,’ ‘Target,’ ‘Tillys,’ and ‘Reebok.’ She endorses the clothing brand, Justice along with actor Peyton Royal which helped her to gain public attention.

Allan then made her notable worked in The Middle (2009), She Continues Drifting (2010), and Bad Teacher (2011). She also made her appearances in short films such as Susan’s Remembrance, and Billie Speare.

In 2016, Allan came into limelight, after appearing in the American drama film, Love Is All You Need? where she played Paula Santilli, alongside Briana Evigan, Tyler Blackburn, Emily Osment, and Elisabeth Röhm. The movie was also appreciated at several international film festivals.

After that, Allan portrayed the character of Addison Derringer in the last season of the American teen drama mystery-thriller television series ‘Pretty Little Liars.’ In the series, she shares the screen with Troian Bellisario, Ashley Benson, Holly Marie Combs, and Lucy Hale.

According to some online sources, Ava Allan's estimated net worth is around $2.5 million, but the exact amount is not made public. She earns around 20K Per Episode for TV series.

Allan's movie Love Is All You Need? was made with the budget of $7.1 million and was able to accumulate a tremendous amount of $10,016,934 at the box office. The movie is rating 6.6 stars by IMDB.

Allan has also gained immense popularity from her self-titled YouTube channel, and as of 2018, she has 366k subscribers. She on an average earns $0.50 - $8 annually from her channel.

The 19-years old, Ava Allan is possibly single, as she has not introduced anyone as her boyfriend or given any hints of being in a relationship. However, In one of her Instagram posts, she wrote;

"I don't know why people are so keen to put the details of their the private life in public; they forget that invisibility is a superPower"

So, fans are speculating that Allan might be dating secretly, but she doesn't want to make it public. She has lots of friends and often shares photos with them on Instagram.

Allan loves to skateboarding, watching movies, shopping, and visiting the beach in her spare time. She also loves Mexican cuisine and has tried several Mexican dishes from Los Angeles restaurants.

Allan owns a dog named Mr. Jace, and a cat named Mr. Jinx. She currently lives in Los Angeles with her family.

sometimes you just need to lay on the floor with your dog ... or have your dog lay on you

Below, we present the interview of Ava Allan Talks, where she talks about her Role on Pretty Little Liars;