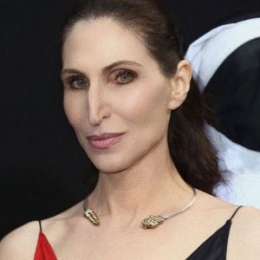 American actress Bonnie Aarons first came to prominence for her role as nun Valak in "The Conjuring 2" but she received wide acclamation after starring in 2018 horror movie, "The Nun".

Bonnie Aarons is one of the reasons for many to have nightmares as she is a well-established actress who can often be seen doing horror roles. But, how is her personal life apart from professional life? Is she Dating? Or Is she already married?

Aarons is possibly single as of now. The actress is often tagged as married; however, there is no proper evidence about her marital life. More to that, she is currently focused on her career and might be waiting for her soul mate. 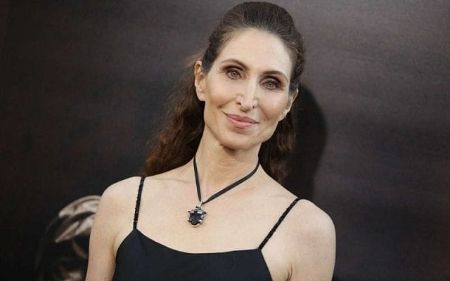 Previously, she was linked with a man named Howard Baumer when she shared a picture with him on Instagram. Many online portals even called them couple but soon it turned out to be a hoax.

Bonnie is pretty active on Instagram, where she shares a glimpse of her personal and professional life. The actress often pleases her fans by sharing the posts like; chilling out with friends, wearing her character costumes, and many more. Thanks to the popularity of the actress, she garnered over 87.5k followers on Insta where she shared over 2000 posts.

The 40-year-old actress lies upon one of the famous Hollywood actress who is also blessed with the writing skills. She worked in numerous films in her career, which must have helped her to garner a healthy sum. So then how much net worth does she hold? 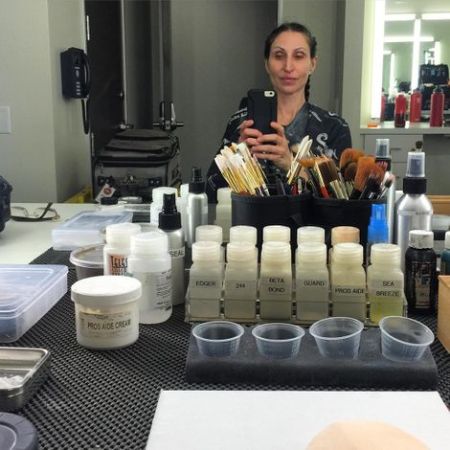 American actress, Bonnie Aarons getting ready for her shoot at the Warner Bros Entertainment.

Bonnie started her career in the film industry after starring in the 1994 film named "Exit of Eden". After that, she performed in many blockbuster movies including "Dear God", "Sweet Jane", "The Conjuring 2" and "Annabelle: Creation". Until now, she worked with some of the popular actors like Vera Farmiga, Patrick Wilson, Stephanie Sigman, and others.

Take a look at the interview of Bonnie Aarons at the premiere of Stephen King's IT;

Aarons is best known for her first solo released "The Nun" where she portrays the role of Demon Nun, Valak. Following that, the film was one of the biggest hits of 2018 with a gross collection of $365.6 million which also stars Demian Bichir and Jonas Bloquet. 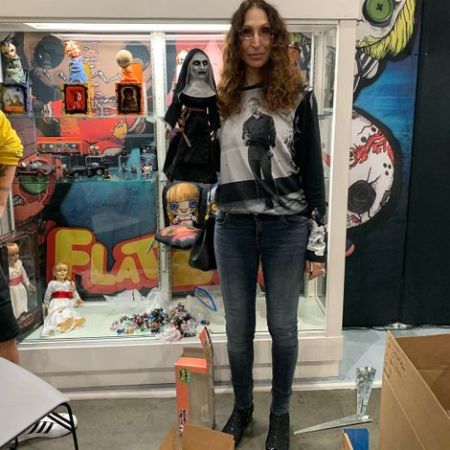 Bonnie Aarons stands at the height of 5 feet and 11 inches (1.7 m) above from the ground and weighs around 55 kg. Additionally, she holds a pair of attractive hazel eyes and dark brown hair.