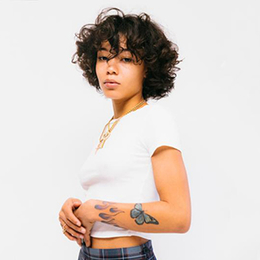 The self-made star, Coi Leray is a rapper by profession. She came to limelight after her singles, "G.A.N" and "Pac Girl'' became hit. She also came to highlight after started dating rapper Trippie Redd.

Rapper Coi Leray is successful in winning the hearts of millions of audiences. She currently has a great fan following. But has she found anyone who won her heart?

Leray is not married yet but is in a relationship with Trippie Redd. Her boyfriend Trippie is also a rapper just like her.

The boyfriend-girlfriend couple started dating in March 2019 after their tour date in February 2019. The couple announced their relationship by posting a video of them kissing on their Instagram. Have a look at the picture of the video: 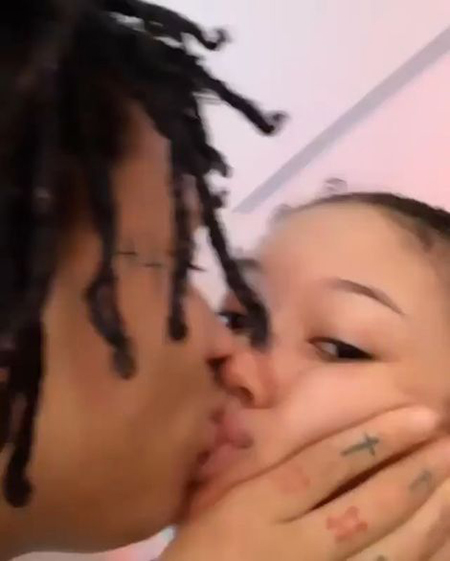 They moreover often post their intimate pictures on their social media, which shows their intense relationship. It seems like they are still in their honeymoon phase. 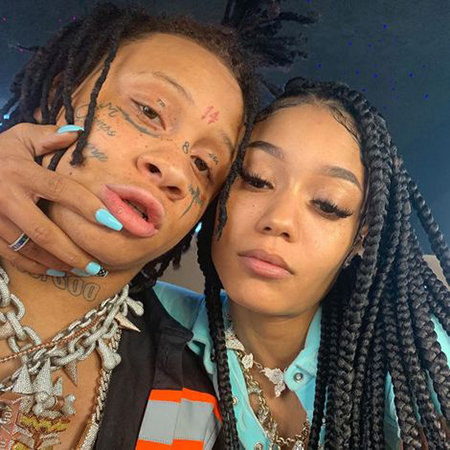 Coi Leray and her boyfriend Trippie Redd are in a delightful relationship.

They moreover often post their intimate pictures on their social media, which shows their intense relationship. It seems like they are still in their honeymoon phase.

Coi seems like she is private when it comes to her past affairs. She might be dating some guys but has kept to herself.

But when it comes to her now-boyfriend, he was dating rapper Aylek$ before dating her. But the relationship did not last long and broke up soon.

Leary inked numbers of tattoos on her body. She has a butterfly on her left hand. She inked, ''Not all those who wander are lost'' on her chest. She has Powerpuff girls on her left leg.

Coi talking about her relationship with Trippie Redd!

The rapper is active on social media. She posts many pictures of her personal and professional life. As of 2019, her Instagram account has the fan following of over 978k.

Coi Leray is active in the music industry from the early age of 14. She released several singles from where she is earning a great amount.

Leray has the net worth of around $500 Thousand. She makes money from not only her singles but also her tours and concerts.

The star moreover created a self-titled YouTube channel. From her channel with over 78k subscribers helped her to earn $292 - $4.7K monthly and $3.5K - $56.1K yearly. Similarly, she also makes bucks from her clothing line, ''COI LEARY.'' She has also worked as a salesgirl.

Her rapper boyfriend Redd has the net worth of around $6 million. He collected the money from his albums, singles, tours, and concerts.