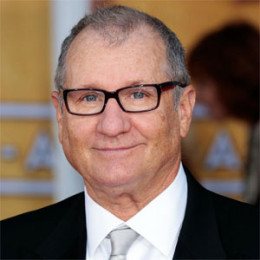 American actor, Ed O'Neill is popularly known for his role as Jay Pritchett on the award-winning ABC sitcom Modern Family. He won four Screen Actors Guild Awards and three Primetime Emmy's nomination for his character in Modern Family. O'Neill is happily married to actress Catherine Rusoff in 1986 and the duo is proud parents of two children.

O'Neill was born as Edward Leonard O'Neil on April 12, 1946, in Youngstown, Ohio. He is the son born to Edward Phillip O'Neill and Ruth Ann. His father, Edward was a  steel mill worker and truck driver whereas mother, Ruth was a homemaker and social worker. He is American and belongs to the White ethnicity.

O'Neil was raised in an Irish American Catholic family. He joined  Ursuline High School and later went to Worthington High School. He also won a football scholarship to Ohio University. He majored in history from the University.

O'Neill attended the Youngstown State University, where he played as a defensive lineman. He completed his graduation in 1969. He was signed as an undrafted free agent by the American football team, Pittsburgh Steelers in 1969 but later was removed at the training camp.

O'Neil worked in a series of several odd jobs like trucking at hotels and steel mills. He also teaches at the school and during that period he realizes acting is his career.

O'Neill made his acting debut in 1979 in the Broadway play Knockout. Later, he made his brief appearances on the small screen like Red Lobster, The Equalizer, Popeye Doyle.

In 1986, O'Neil got his first lead role in Fox Network’s sitcom 'Married…with Children.’ He appeared in 11 seasons of the series until 1997.

O'Neil gained more popularity among international audiences after working in The Modern Family. Besides, he has given his voice to Wreck-It Ralph (2012) and Finding Dory (2016).

O'Neill, age 71, is happily married and has two children. He married actress Catherine Rusoff in 1986. The duo exchanged a vow at an intimate ceremony in the presence of their closed ones. In 1989, the pair separated but they reconciled after years in 1993. The pair has a strong bond of relationship from that time.

O'Neill was introduced to Brazilian Jiu-Jitsu by his friend writer/director John Milius. He trained the martial art for 22 years and received his black belt in 2007. He cites getting a black belt was the greatest achievement of his life.

O'Neill is one of the successful and highest paid Hollywood stars. He is active in the film industry since 1980 and has appeared in around 50 movies. His estimated net worth is $65 million as of 2019.

Modern Family is one of the most viewed American TV series. The series gained more than 10 million viewers in its every season. In 2012, the series became the tenth-highest revenue-generating show with earning $2.13 million.

Catherine Rusoff is an American actress. She has two daughters, Claire O'Neil and Sophia O'Neill with Ed O'Neill.

Claire O'Neill is the first child of Catherine Rusoff and Ed O'Neill. She is beautiful as her mother.

Sophia O'Neill is the second child of Ed O'Neill and his wife, Catherine Rusoff. There isn't much information available about her.