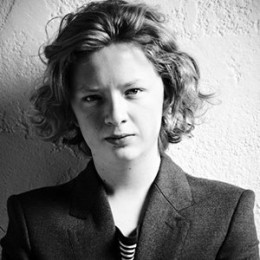 The English actor and Comedian Eros Vlahos debuted in the entertainment industry in 2007 from a Television series, Casualty. He is popularly known for his role of Lommy Greenhands in the HBO series, "Game of Thrones", Cyril in the movie "Nanny McPhee and the Big Bang" and Nico Machiavelli in "Da Vinci's Demons". Besides movies, he used to run a radio show in London and appeared on CBBC Extra.

Eros Vlahos was born to parents Tery Davy and Spiros Vlahos on January 13, 1995, in London, England. His name Eros is the name of the god of love, the son of Aphrodite in the Greek mythology. He belongs to the ancestry of British and Greek from his mother and father respectively. His father Spiros Vlahos is a businessman while his mother Tery Davy is a fashion designer. 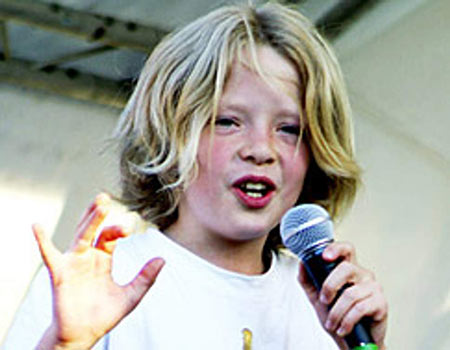 Eros Vlahos when he was young
Source: Evening Standard

They own a store named Cyberdog in Camden Market which sells fashionable products and accessories which they opened up in 1994. The name of the store was inspired by their pet chihuahua who had the name Chichi the Cyberdog and the family named the store after him. Vlahos grew up with his younger brother named Tron Vlahos who is seven years younger than him.

As for his schooling, he attended a day school in London. He was interested in acting and comedy from an early age and started acting when he was just 12.

Eros Vlahos is professionally an actor who debuted in the entertainment field in 2007 from a Television series named Casualty where he portrayed Liam Hendricks for an episode. He was equally interested in comedy and even wrote a comedy skit and acted at the Edinburgh Festival Fringe in 2008. He used to have a comedy show on Radio London and also appeared on CBBC Extra. Vlahos worked with the children's comedy academy named Comedy Club 4 Kids.

The following years he was cast in some movies and Television series. Vlahos has appeared in an episode of the series Great Expectations, Outnumbered and played recurring roles in series, Summer in Transylvania, Episodes, Game of Thrones and Da Vinci's Demons.

In the popular HBO series Game of Thrones he portrayed Lommy Greenhands for four episodes and in Da Vinci's Demons, he appeared in 27 episodes. 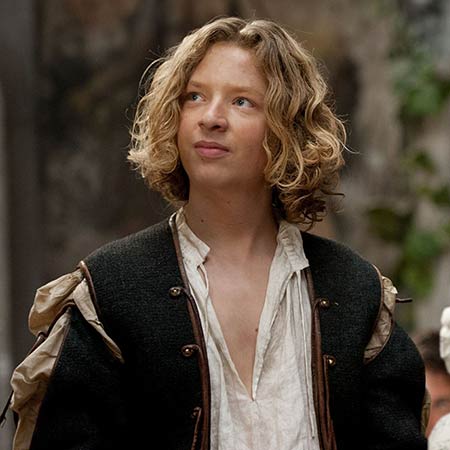 Eros Vlahos in the role of Nico Machiavelli in the series, Da Vinci's Demons.
Source: Davincisdemonsnews

He played the role of Nico Machiavelli in Da Vinci's Demons and acted alongside actors Tom Riley, Laura Haddock, Blake Ritson, and Elliot Cowan. As for his movies he has only done a few of them like Skellig, Third Star, Nanny McPhee & the big bang and Anna Karenina.

The Da Vinci's Demons actor Eros Vlahos' net worth is not estimated and is still under review. He has been a part of many hit series like Game Of Thrones, Outnumbered, Summer in Transylvania and so on. Some of his movies are a hit in the box office collection.

Eros Vlahos is single and not involved in a relationship with anyone at the moment. He is focused on his career and is reaching heights. There is no information related to his personal life in the media.

As for his interest and hobbies, he likes to draw and assemble Lego-sets. He likes to visit his family and friends at Filiates which is his father's home village in Greece. Vlahos likes to play football and going out to see live theatres & movies. 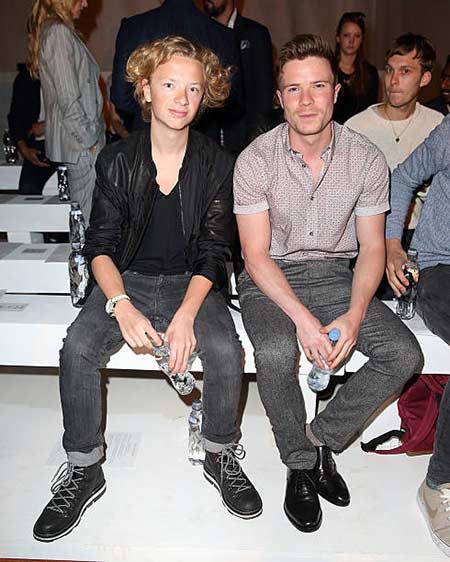 He stands a height of 5'8 feet and has a charming face.