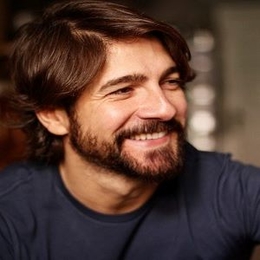 Felix Gomez is a Spanish actor who is working in the Spanish entertainment industry for over two decades. He has done extensive work in movies, TV series, and Theatres. At present his Netflix series 'High Seas' is helping him gain worldwide recognition.

Felix Gomez is notoriously private about his romantic life. So, no clue about his girlfriend or partner is available on his social media platforms. Moreover, he is also not romantically linked with anyone, not even with his co-stars.

Gomez, however, is very close to his mom and shares pictures of her regularly on Instagram. He also credits her for developing the interest of gardening in him. Yeah, it's true, this handsome hunk is really into gardening and regularly posts pictures of plants he grew. In addition to that, he is also interested in cooking and traveling the world.

What is Felix Gomez's Overall Net-worth?

Felix Gomez's overall net worth is $350,000- $600,000 which he earned through working in the entertainment industry for over two decades. He has done extensive work in TV, Movies, Theatre, and short films in his native country Spain.

Gomez got recognition early in the career through the youth series When he left class. Furthermore, he cemented his popularity through the role of Rodrigo Robles in the series Amar in Troubled Times. He continued to increase his profile through more TV series and movies. In the meantime, he was also increasing his net wealth from the paycheck of these projects. On average an actor in Spain earns €18 (20.19)per hour and €38.401($43,072) per year.

In addition to being a household name in Spain, he is now gaining worldwide recognition because of Netflix series High Seas (Alta Mar). He plays the role of Aníbal de Souza in the series and shares the screen with actors such as Ivana Baquero, Jon Kortajarena, Alejandra Onieva, and Tamar Novas. He is also adding a nice amount to his wealth through this series as an actor in Netflix is paid $47,593- $60,635.

Gomez furthermore, is currently starring in  MasterChef Celebrity Spain as a contestant. He will be contesting against fellow celebrities such as Marta Torne, Jose Salazar, and Yolanda Ramos.

Felix Gomez was born as Felix Gomez Hernández on September 5, 1977, in Seville, Spain. His nationality is Spanish and his birth sign is Virgo. 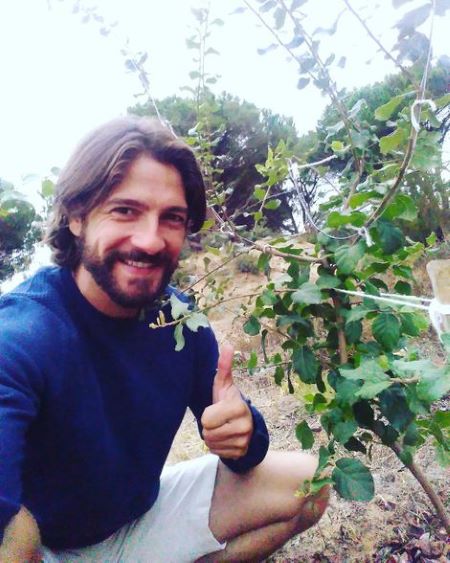 Gomez stands at a nice height of 6 feet (183cm). His natural hair color is black and his eyes are also black in color.