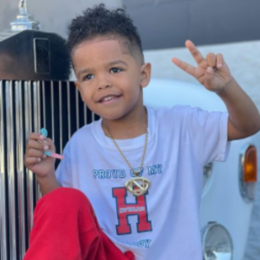 Golden Cannon is the son of TV personality Nick Cannon, who is better known as a rapper and host of America's Got Talent and Wild N' Out. Golden is famous for his association with celebrity family backgrounds.

As for many celebrities, people are equally curious to learn about the lifestyle of this little celebrity kid, Golden Cannon. Cannon,4, was born as a son of TV personality Nick Cannon and his former girlfriend Brittany Bell. The Wild N'Out star announced the news of Golden's arrival via Instagram two days after he was born. 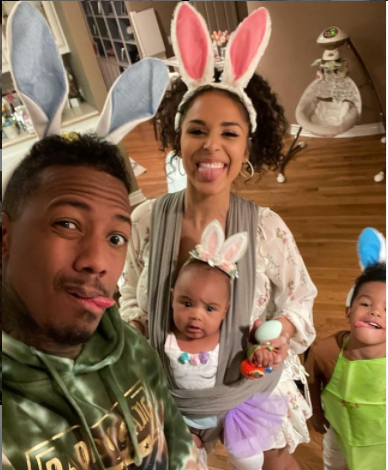 Not to mention, Golden is the first child to his parents. He has a half-sibling, Powerful Queen Cannon, who was born on 22 December 2020. As Cannon grows handsome daily, one can see him posing alongside his mom or dad on Instagram or PDA.

Golden's dad Nick Cannon was romantically linked to his mom, the Miss Arizona USA winner Brittany Bell in 2015. The pair dated on and off for several years but never confirmed if they were still together or not.

The now-estranged couple shocked the fans when they announced they were expecting a baby together. However, in an interview with the Breakfast Club, Nick admitted it's his baby who's on the way.

But when the TV show host was asked about his plan for marriage, he refused it, saying marriage messes up everything up. On February 17, 2021, Nick welcomed his son Golden with his ex-girlfriend Brittany Bell. However, his parents are no longer together. But, Golden's parents both are on friendly terms to raise their children including Golden's sister.

Not to mention, Bell's mom organized a Marvel based Wakanda theme party for Golden's fifth birthday. And, of course, Nick was also invited to the lavish party. "You deserve it all!!! We love you!!!!," said Bell on Instagram.

How Rich Is Golden Cannon?

Considering Nick Cannon's success in film, television, and music, he has summoned a net worth of $30 million. Nick was a member of the rap group Da G4 Dope Bomb Squad. The group was inspired by artists including Will Smith, 98 degrees, and Montell Jordan. 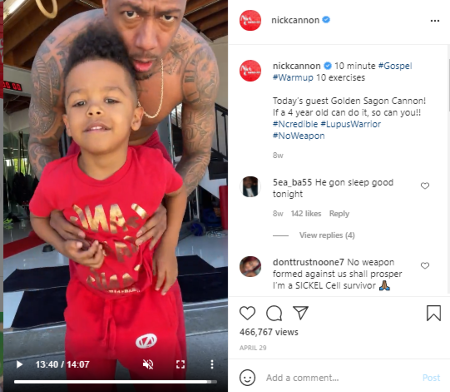 Following his divorce from Mariah Carey, Nick allegedly demanded $30 million from the singer-songwriter. But he walked away only with $10 million, which is still a huge figure. He sustained a lot of wealth through comedy specials and TV shows.

Needless to say, his more recent TV endeavors such as hosting shows including America's Got Talent and The Masked Singer, earned him a huge fortune and are part of the reason for his sustaining popularity. Besides, due to his divorce from Mariah Carey, it is unfair to include her salary in his family's net worth. However, she did give away $10 million as a divorce settlement.

Although Nick is nowhere close to Mariah Carey's level of wealth, his new $60 million fortune is still quite a lot. Though Golden will have to share his dad's growing net worth among his other half-siblings, he will still bag a lot.