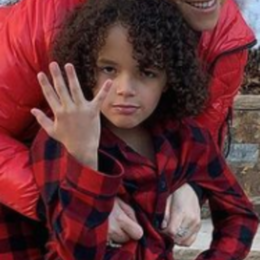 Moroccan Scott Cannon is fanous because of his association with some big names of the Hollywood industry. He is the son of pop singer and songwriter Mariah Carey and rapper and TV personality Nick Cannon. He is also the second born of fraternal twins.

Moroccan Scott Cannon was born as the first child of singing sensation Mariah Carey and her estranged partner Nick Cannon. His first name is Moroccan because his father proposed to his mother in a room in their home that was decorated in Moroccan style. 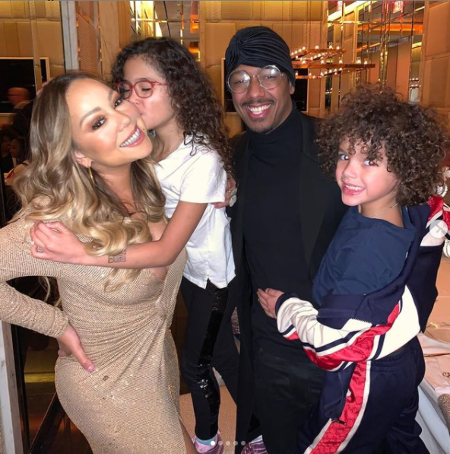 Other than that, Moroccan was present for his parent's 2013 wedding vow renewal that took place at Disneyland. However, in 2014, the couple filed for divorce on December 12, 2014.

Moreover, Moroccan and his twin sister Monroe Cannon were born in Los Angeles on the third anniversary of their parents. As Moroccan Scott and his sister are growing up, their mom wants them to follow in her footsteps. Not to mention, even at this young age, the kids really respond to music very well.

Likewise, Moroccan and his sister Monroe were six months old when they made their public debut on 20/20 Friday night show amidst an interview their parents gave to Barbara Walters.

At the same time, Mariah also revealed her health issues regarding fertility and progesterone therapy. The singer-songwriter suffered from gestational diabetes and pre-eclampsia before delivering her babies via c-section in the second trimester.

Moroccan Scott Cannon has already gained popularity before he did anything for the pop industry. The 11-year-old at least will not have to struggle hard to make a career in the entertainment industry if he wishes to. He will also stretch the fortune of his dad Nick Cannon who sought $10 million spousal support from Mariah Carey.

His mom Mariah Carey had an estimated net worth of $520 million in 2018. Not only that, she was counted as the highest-paid artist in the history of music. Moroccan's mother is also the best-selling female artist of all time selling over 175 million albums and singles globally.

Carey made $18 million for being the judge at American Idol Season 12. More than that, she wore a 35-carat engagement ring worth $10 million during her engagement with billionaire James Packer.

The starlet bought a 10,377 square foot Mediterranean-style home in Beverly Hills. Likewise, she also has a $200,000 Maybach. Needless to say, Moroccan and his sister Monroe will never need to worry about financial issues.

Stay updated with MarriedWiki for more interesting stories and biographies.