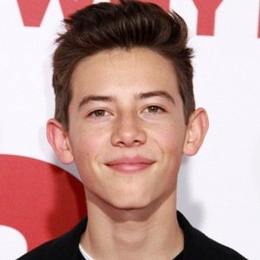 Griffin Gluck started his career as a child actor and cemented his position in Hollywood with sucessful movies. He furthermore is raising his profile in the industry with new and exciting projects.

The child artist Griffin Gluck started working in the film industry when he was just nine years old. He is 19 years old now with an established career. But what about his romantic life? Is he dating anyone, or is he single?

Griffin is currently single as there are no hints in his social media sites that might suggest he is in a relationship. He was open about his relationship in the past and shared pictures of his beau on Instagram. Thus, the lack of any pictures only suggests that he is currently not dating. Furthermore, it looks like the young actor is more focused on the career right now.

Gluck was previously in a relationship with American swimmer Charlotte Samuels. The details of their relationship are not known, however, from the pictures, the couple uploaded on their social media sites suggested they dated somewhere from 2016-2017. 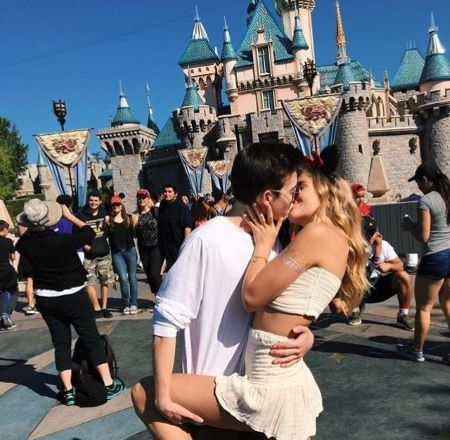 They were open about their relationship and even used to share kissing pictures on their Instagram. However, the adorable relationship could not last long, and the couple broke up.

After their split, Charlotte deleted all her photos with Griffin; however, Grifin is yet to remove them from his social media site. Charlotte is currently in a relationship with footballer Will Powers.

Griffin's whole family is involved in the entertainment industry, so it is no surprise; he chose the same path. His father, Cellin Gluck, is a film director and producer, and his mother, Karin Beck, was a production assistant and line producer. His older sister is actress Caroline Paris Gluck. They even work together in the movie "Sideways" in 2009.

Happy Birthday to my Day 1 Thanks for everything Pops

The actor is one of those few celebrities that use their social media accounts to connect with their fans at an intimate level and do not hesitate to share personal pictures. He regularly shares photos of his travels, childhood pictures, pictures of his family, and even his significant other on social sites.

Griffin Gluck started his career as a child actor and is working in Hollywood for over ten years. From his work, he accumulated an impressive net-worth at a young age,

not even being sick and sleep deprived could ruin this. #bigtimeadolescence

Gluck total net-worth is $ 2 million, which he earned through his profession as an actor. He started his career in 2009 and got success very early in the job. In 2011, he was part of the movie "Just Go with It" that starred A-list actors Jennifer Aniston, Adam Sandler, and Nicole Kidman. The film earned an eye-popping $215 million at the worldwide box office against the budget of $48 million.

Griffin's first film as a lead "Middle School: The Worst Years of My Life" was a blockbuster hit and earned $23 million against the budget of $8.5 million. The young actor has established himself and shows no sign of slowing down. His new movie "Tall Girl" is scheduled to be released on September 13, 2019, in Netflix, and features new faces such as Ava Michelle, Luke Eisner, and Sabrina Carpenter.

Check the video below, where Griffin is talking about his upcoming Projects:

Griffin is also a well-known name in the Television. He is part of many high rated series such as "Locke&Key", "American Vandal", "Red Band Society", and "Private Practice". The actor very early in a career played a minor role in "The Office "as well. 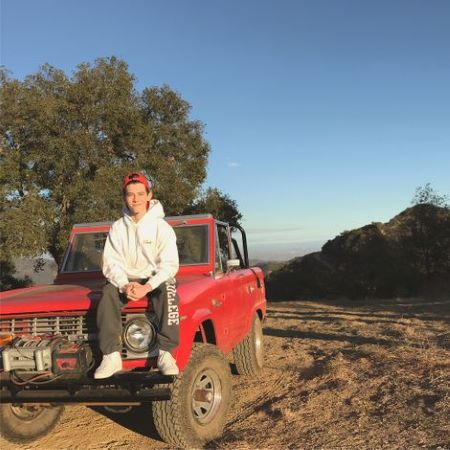 Griffin Gluck with his Toyota Truck.

Griffin Gluck is the Son of a Famous Director

Griffin's father Cellin Gluck is a director known for movies "Persona Non-Grata", "Oba The Last Samurai", "Sideways - aka Saidoweizu" and "Lorelei". On average, a film director earns $92,220-$187.199 a year.

However, he also has worked as an assistant director in Hollywood's some of the biggest blockbusters. The list of those movies are below: 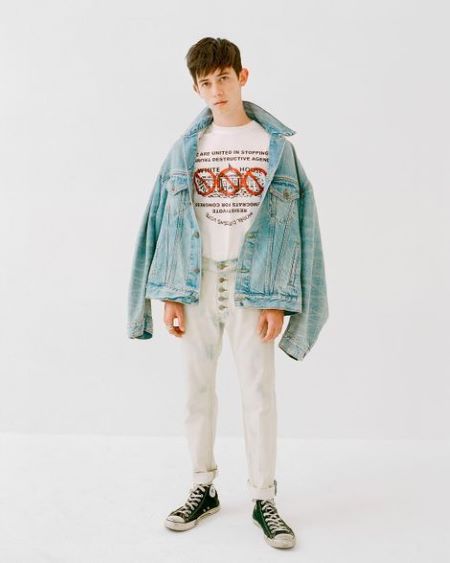