Jamie Clayton is an actress and model who rose to popularity after her appearance in the Netflix TV series, Sense 8. Clayton starred in many other series and movies like Hung, Motive, The Neon Demon, and Are We There Yet? among others. Also, she is a transgender blogger and hacker from San Francisco.

Jamie Clayton was born on 15th January 1978 in San Diego, California under the birth sign Capricorn. Clayton is American as per nationality, and as far as her ethnicity is concerned, she is White.

Clayton is the daughter of Howard Clayton and Shelley. Her father is a former criminal defense attorney, and her mother is an event planner. Her parents raised her with her sister Toni.

In 1997, at the age of 19, Clayton moved to New York City so that to pursue her career as a makeup artist.

Jamie Clayton debuted on TV in 2010. She worked as a co-host and a makeup artist in the Vh1 show, TRANSform ME. The show is Vh1's first makeover show where a team of three trans women stylists gives an internal and external makeover to a female contestant. In the show, she worked with Laverne Cox and Nina Poon. 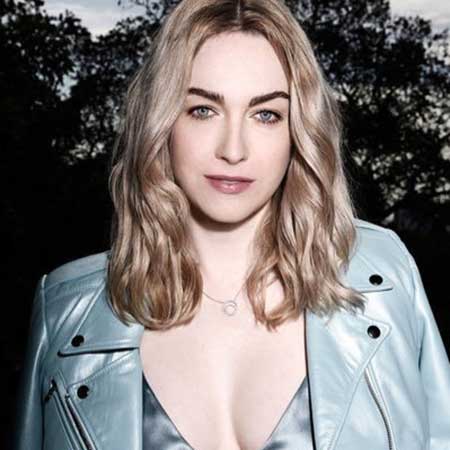 Clayton then appeared in numbers of movies and TV series like Dirty Work, Are We There Yet?, Hustling, The Neon Demon, and Motive among others.

However, Clayton is popular for her role in the 2015 Netflix’s series, Sense 8. She shared the screen with Miguel Angel, Max Riemelt, Brian J. Smith and Tina Desai among others.

As of 2017, Clayton appeared in the video games and movies like Mass Effect: Andromeda (composed by John Paesano), The Snowman (by Tomas Alfredson) and The Chain.

Jamie Clayton has reached the age of 40 now. She is unmarried till date and has no children. She loves watching movies and TV series in her leisure time.

Clayton and Reeves met each other for the first time on the set of The Neon Demon. Later in 2015, an eyewitness passed a statement after the couple was spotted on a late-night date at the Chateau Marmont. The source also stated,

‘’ They're definitely smitten. The fact the Jamie's transgender doesn't mean a thing.Keanu likes her and respects her no matter what. Jamie was acting all giddy on the way out of the restaurant when Keanu wrapped his arm around her lower back...and he went in for a kiss.’’

However, the pair never disclosed anything related to their relationship, and it seems like the pair broke up as Reeves is recently spotted with a mysterious girl. However, nothing has been confirmed to date.

Created some magical EE CNDY for y’all with this beautiful genius, @liaclay. Details soon. #transisbeautiful #transpeoplewillnotbeerased Special love to @yuuivision for the beat & the BTS pics

Clayton is a proud transgender woman. Being a member of the LGBTQ community, she is very supportive of the LGBTQ issues and openly participates on social media platforms to support transgenders.

Apart, Clayton is active on social media including Instagram. As of 2019, her account has more than 484k followers.

Clayton a makeup artist and an actress might have an estimated net worth of million dollars. She has a net worth of $1 million.  As per the online sources, the average annual salary for VH1 hair and makeup artist is $95 thousand.

Clayton was one of the makeup artists of the show, she also earns the amount close to that.