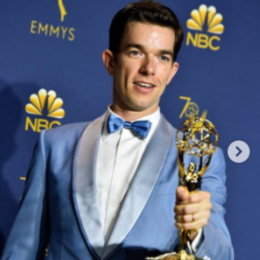 John Mulaney is a renowned American actor and stand-up comedian best known for his contribution as a writer on Saturday Night Live and as a stand-up comedian. He has created as well as starred in the notorious Fox sitcom Mulaney which ran from 2014 to 2015.

An American actor and comedian, John Mulaney married Annamarie Tendler on July 5, 2014, in Boiceville New York. And, Big Names from the Hollywood industry such as Seth Meyers, SNL actress Nasim Pedrad Kroll, and Amy Poehler all attended the wedding ceremony. 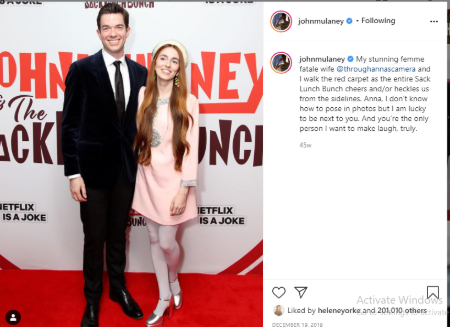 Mulaney met Tendler years ago amidst vacationing in Massachusetts. At that time, the comedian and makeup artist were not dating, but Anna knew they would be soon together ever after.

John and Annamarie don't have any children to date, however, they have a French bulldog named Petunia. It has over 47.5k followers on Instagram. Other than that, the couple has been united as life partners for seven years. And, to date, neither of the parties involved in extramarital affairs and divorce.

The amazing pair doesn't miss a single chance to show off the moments of their life via social media. They celebrated the fourth wedding anniversary on 5 July 2018 updating their past memories.

How Much Is John Mulaney Net Worth? 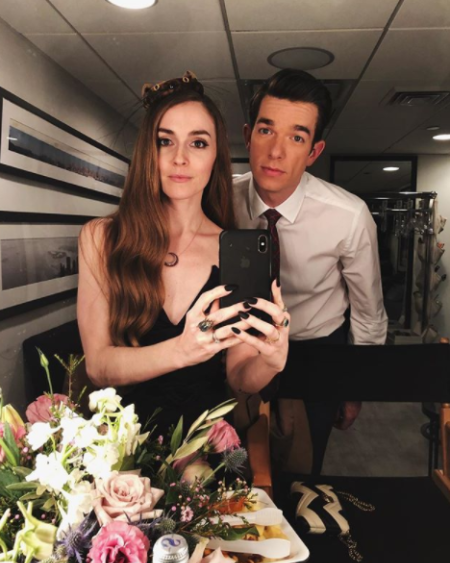 His wife Annamarie Tendler is a world-famous makeup artist and the owner of handmade creations for the Victorian Lampshade company named Silk Parlour. She has authored a book The Daily Face; a collection of tutorials on how to apply makeup.

Mulaney began his career as an office assistant at Comedy Central in 2004. Right after his stint at SNL, John started writing for TV shows like Documentary Now! Oh, Hello On Broadway, Maya & Marty, and the Comedy Central Roast.

Chicago Illinois native started his stand-up comedy tour, Kid Gorgeous in May 2017 and ended in April 2018.

John Mulaney is happily married to wife Annamarie Tendler since 2014. They share a beautiful house in NYC and a French Bulldog.