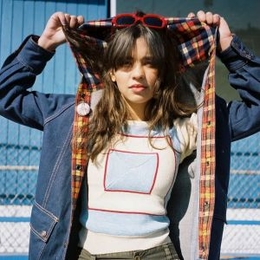 When you are a celebrity kid, more often than not, you are recognized because of your parents then your work. It is tough to overcome the shadow of their parents' celebrity status. Eva Chambers, despite being a celebrity kid, made her identity so distinct as a musician, she is more known as the member of the Pinky Pinky band than the daughter of Grey's Anatomy famed actor Justin Chambers.

Eva Chambers is the youngest daughter of actor Justin Chambers and his wife of more than twenty-five years, Keisha Chambers. Eva was born on March 31, 1999, and as of June 2020, she is 21-years-old.

Talking about her siblings, Eva has three older sisters; Isabella Chambers, twins Maya Chambers, and Kaila Chambers. She also has a brother Jackson Chambers who is three years younger than her. 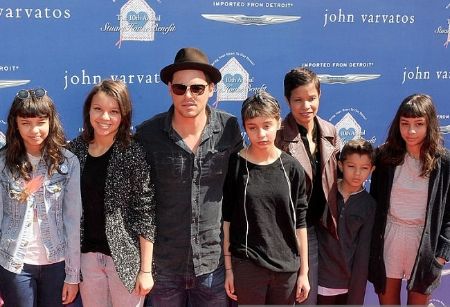 Eva Chambers with her parents and siblings. SOURCE: Biography Mask

Eva alongside her parents and siblings keeps a low profile despite being celebrities. She do not have any individual Instagram but she is often featured in her band's Instagram.

Eva was always interested in music and thus she started learning piano at the age of six. By the age of ten, she was in a band with her sisters.

When in high school, Eva alongside Anastasia Sanchez(vocalist and drummer), and Isabelle Fields(guitarist) established a rock band named Pinky Pinky. Eva and Fields were friends from middle school whereas Sanchez was a senior in their school but connected because of their love for David Bowie. 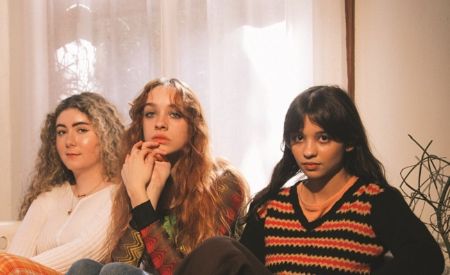 Since their formation, the band has already released a full album Turkey Dinner and two Eps, Pinky Pinky and Hot Tears. Also, the band regularly goes on tours and plays at various venues.

The Pinky Pinky band update about their upcoming programs through their social media accounts. From their Instagram account, it seems like the guitarist Fields is no longer part of the band. She is not featured on the band's Instagram for a long time.

Eva Chambers is secretive about her personal life. Hence it is not clear whether she is dating or not. 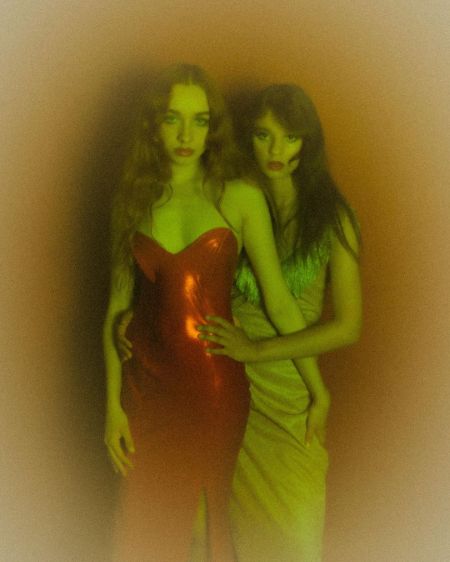 However, there are many who speculate that she might be dating her fellow band member Anastasia Sanchez. The rumors began after the pair shared a picture together on Valentine's day and wished their fans. Also, in many pictures, they look super cozy with one another.

Eva Chambers from her steady music career earns enough to live a comfortable life. Her Net worth as of 2020 is $150,000. 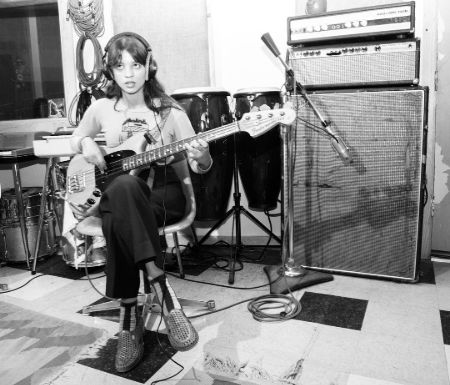 Nonetheless, even if her music carer faces any difficulty the brunette do not need to worry much as her father is a multimillionaire. Her father Justin Chambers is an actor and former model and boasts a total net worth of $18 million. He earned this fortune primarily from potraying the role of Alex in Grey's Anatomy for more than fifteen years.