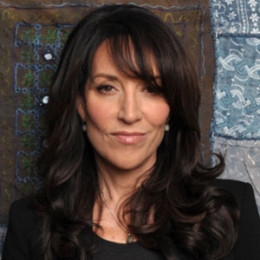 Katey Sagal is an American actress as well as a singer who is mostly known for her role as Louise in ‘Maid to Order’, ‘Smart House’, ‘Recess: School’s Out’ and ‘Futurama’. She released albums like ‘Moon Over Brooklyn’, ‘Well...’ which was listed on Billboard Top Heatseekers.

Katey Sagal was born on January 19, 1954, in Los Angeles, California. She was born as Catherine Louise Sagal to Sara Zwilling and Boris Sagal. Her mother used the stage name Sara Macon and she was a singer of English, German and Scottish origin.

On the other hand, her father was a director, who was born in Ukraine and of Jewish origin. However, Katey is an American by nationality and white by race/ethnicity.

Katey Sagal has two younger twin sisters, Jean and Liz Sagal who are both actors as well as her brother Joe. However, her other brother, David Sagal is an attorney and studio executive at Warner Brothers studios and is married to actress McNally Sagal.

I am pleased to announce that I will be on an upcoming episode of @theconnersabc. Make sure to tune in! #theconners #tv

Katey Sagal's mother died of heart disease in the year 1975 and later on, her father remarried renowned dancer and choreographer Marge Champion. However, he died in an accident on the sets of a television movie called ‘World War III’ in the year 1981.

Katey’s godfather was a famous sitcom producer, Norman Lear, who was responsible for introducing her father to the show business. As a young girl, Katey Sagal was encouraged by her mother and had her first performance at the age of five. She studied singing and acting at the California Institute of Arts and later started her acting career in Hollywood at an early age.

Katey Sagal has sung with the band called ‘The Group With No Name’ and started her career as a singer and songwriter. Later in the year 1973, she performed as a backup vocalist for Bob Dylan and Tanya Tucker.

She continued providing backup vocals to many known artists including Olivia Newton-John and she finally released her first solo album ‘Well...’ followed by ‘Room’ in June 2004.

The actress got her first major role as a newspaper journalist in a Chicago newspaper office in the series called ‘Mary’, which aired from 1985 to 1986. Soon after, that role got her the opportunity of playing ‘Peggy Bundy’ in the sitcom called ‘Married... with Children’, where she had played the role of a lower class, sex-starved, free-spending wife of an obnoxious shoe salesman. The sitcom aired for ten years from 1987 to 1997 and Peg Bundy had become a household name during this period.

She also appeared as a guest artist in three episodes of ‘That 70's Show’ and as well as starred in the sitcom ‘Tucker’ on NBC in the year 2000. She later played the role of John Ritter's wife in the sitcom ‘8 Simple Rules for Dating My Teenage Daughter’ in 2002. Unfortunately, Ritter later died after three episodes of the second season and the show got canceled.

From 2005 to 2008 Katey Sagal also appeared in several other series like ‘Lost’, ‘The Winner’, and ‘Eli Stone’ in varied roles that showed how versatile she is as an actor. Her career progressed with her roles in the movie ‘House Broken’ and TV show ‘Sons of Anarchy’ where she plays the role of Gemma Teller Morrow surrounded by bike gangs in California.

On September 9th of 2014, she received a star on the Hollywood Walk of Fame in recognition for her contribution towards the show business. And in 2016, she joined the cast of the popular sitcom ‘The Big Bang Theory’ as the mother of Penny, played by actress Kaley Cuoco.

Katey Sagal is an American actress and musician whose current estimated net worth is said to be around $30 million. She earned a huge part of her net worth by being part of numerous movies and as well as TV shows.

The 64-year-old actress is currently married to writer and producer Kurt Sutter. They got married on the 2nd October 2004 at their home in Los Angeles, California, in front of close friends and relatives. They welcomed their daughter Esmé Louise Sutter in 2007 via a surrogate.

Katey is a mother of two other children from her previous marriage with Jack White, which lasted from the year 1993 to 2000. The names of her children are Sarah Grace White and Jackson James White.

She previously exchanged vows with Fred Lombardo from 1986 to 1989. Her first marriage to Freddie Beckmeier lasted from the year 1977 to 1981, but the duo bore no children.

I am pleased to announce that I will be on an upcoming episode of @theconnersabc. Make sure to tune in! #theconners #tv

Katey Sagal is currently 64 years old and stands at a height of 5 feet and 9 inches and weighs 145 pounds (65 kilograms). Her current body measurements are 37-25-36 inches.

Her bra size is 34 C. She has hazel color eyes and her hair color is brown.

She had first married Freddie Beckmeier back in the year of 1977 and they ended up divorcing in the year 1981.

She then got married to Jack White in the year of 1993 and they decided to split up in the year 2000. She gave birth to two of her children on her marriage with Jack.

Then she got married to Kurt Sutter on the year of 2004 and give birth to her last child through a surrogate in the year 2007.

Sarah is the first child of Katey, she was born on August 7th of 1994. And she is born on the third marriage of Katey.

Jackson is the second child of Katey, he was born on March 1st, 1996. He is also born from Katey's second marriage.

Esme is the third and final child of Katey, she was born through a surrogate in the year of 2007 January 10th.