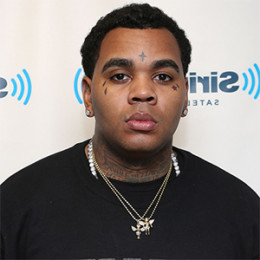 Kevin Gates, is a renowned American rapper, entrepreneur as well as a singer. He gained massive popularity for his songs and music videos including Pretend, Facts, and By My Lonely. Most notably, Gates is one of those celebrities who is able to add some of the world's most expensive things to his wealth.

Kevin Gates Married? Who's his wife?

Hollywood's one of the controversial couple, Kevin Gates and Dreka Haynes married in October 2015. The rapper and his beloved wife turned boyfriend-girlfriend relationships into holy matrimony after dating for almost ten years.

They first met one another in 2006. Since then, the duo was inseparable. Gates and his spouse were already in a live-in together relationship with both baby girls before marriage. Kevin is a father of two kids; a son Islah Koren Gates and a daughter Khaza Kamil Gates.

The celebrity duo has always been a part of controversy either by revealing their sex life or by changing their religion. Gates and his wife converted to Islam and went to Mecca for Hajj in September 2016.

How Much Is Kevin Gates' Net Worth?

Gates has an estimated net worth of about $1 million at present. His primary source of income is a career as a professional rapper.

Kevin Gates earned big bucks from selling mixtapes like Pick of Da Litter, All or Nuthin', All In, Behind Enemy Lines, The Leak, and In The Mean Time. Gates had his breakthrough from the mixtape The Luca Brasi Story.

Dreka Gate's beau is currently signed to Bread Winners' Association with Atlantic Records. Despite being signed to the Management wing, Gates never signed a record deal along with Young Money.

Lifestyle: How Does He Spend Money?

Speaking of lifestyle, the 33-year-old rapper is fond of showcasing his richness to others. Some of the seven most expensive things owned by Kevin Gates are Diamond Grill on his 10 teeth and each of that costs $1,500; Gold Rolex Presidential Watch worth $53,000 and Clear Hublot watch with 43 sapphire diamonds; Diamond Tennis Bracelets ($30,000); Corvette zo6; AKC registered Micro Bully dog; $200,000 Mercedez Benz& $195,000 Porsche.

Kevin Gates began his career in 2005 with a record label deal Dead Game Records. His first major-label mixtape, Stranger Than Fiction released in July 2013 included the issues ranging from depression to the time he spent in prison.

Gates debut album, Islah peaked at number two on the US Billboard 200 chart in January 2016. The album had some guest appearances of Jamie Foxx, Ty Dolla $ign, and Trey Songz. Kevin was critically acclaimed by many after the release of The Luca Brasi Story. 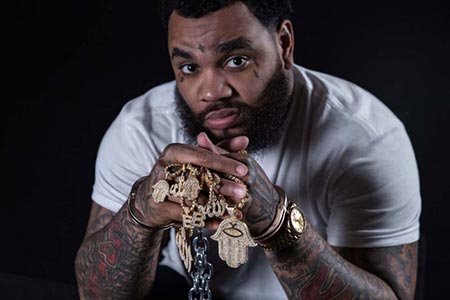 With the release of 13th mixtape, the Louisiana native made it to No.17 in his third Billboard 200 listing in a row. His wife released 'By Any Means 2' on 22 September 2017 when Gates was in prison. In May 2018, he released the three-song EP Chained to the City.

The rapper dropped hit songs like 2 Phones, Really Really, Time for That, His songs achieved commercial success, and sold over 112,000 copies in the first week and reached No. 2 on Billboard 200 chart.

Kevin Gates was born on 5 February 1986 in Baton Rouge, Louisiana. He belongs to Puerto Rican and Moroccan descent. His real name is Kevin Jerome Gilyard.

When he was still an infant, his mother married his stepfather. He knew about his biological father when he was in 8th grade. He studied at Baton Rouge Community College when he was 17.

He completed studies from Baton Rouge Community College and started his singing career from the studio album Islah. Kevin once spent 31 months in prison and during that time he completed his Master's Degree in psychology through the prison program.

Dreka is a wife of kelvin Gates who he married after 13 years of dating. They are happy in their relationship.

Islah is the first son of Dreka Gates and Kevin Gates and seems to have good looks in the available pictures.

Khaza is the second son of Dreka gates and Kevin Gates and has beautiful hair,